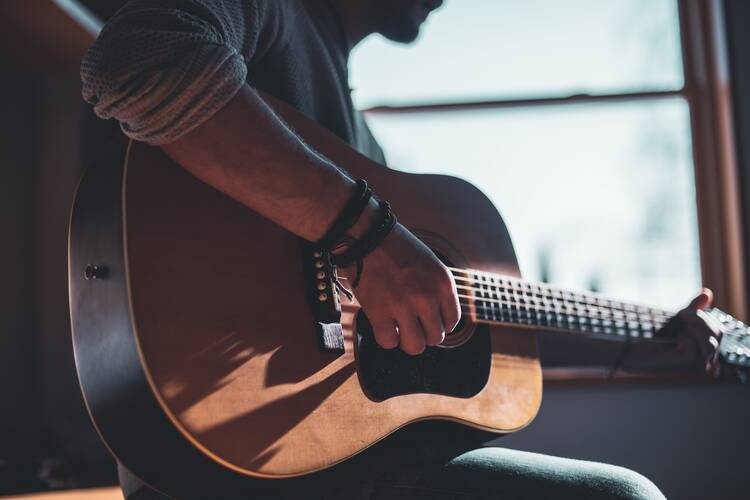 Photo by Jacek Dylag on Unsplash

Ray Repp died on the Third Sunday of Easter. He was born at a time, 1942, and grew up in a place, St. Louis, where his nascent interests in theology, social justice, liturgy and the arts gave birth to song.

He was there during a great transition between the Latin Mass and the early post-Vatican II liturgy. Ray stepped in, not simply to fill a gap, but to call the church to wake up and sing. We did. Some did, anyway.

Ray was one among other Catholic composers in the United States who responded through music to the changes wrought by Vatican II during the late 1960s. Clarence Rivers, Joe Wise, Suzanne Toolan, Willard Jabusch, James Thiem, Peter Scholtes and others created songs the church could sing at liturgy.

Ray Repp was there during a great transition between the Latin Mass and the early post-Vatican II liturgy. Ray stepped in, not simply to fill a gap, but to call the church to wake up and sing.

These songs had heart. They had soul. They radiated hope in bringing people together as one. They served the voice of the people in liturgy. Their songs shaped our prayer.

But Ray Repp is rightly recognized as “the first” among these, the first, that is, to build a bridge to the post-Vatican II liturgy. Powerfully influenced by the folk music and vision of the world of his day, he helped the church in the United States sing joyfully about a God of love and “brotherhood,” to use the term of the times, and loneliness and hope and caring for one another; he sang of Jesus our brother.

Ray was an artist. And he suffered the way artists do. Almost as quickly as his music took hold, however, he was gone from the scene. I talked with Ray only once at a National Association of Pastoral Musicians convention, perhaps in the early 1980s. He said he was hurt because he had been vilified for his music and because his songs had quickly been replaced by those of others. He could not figure out how to get a second chance to lead the way.

His love of the arts endured. He appeared to delight in the most basic things in life as well as some of its finer things. He was so human to the very end.

I played Ray’s songs as a Jesuit novice in the late 1960s. Some songs had a driving beat I could lean into—“Shout from the highest mountains!” Some were simple and compelling —“Peace I leave with you” or “Of My Hands I Give to You.” Others spoke to that deeper and unrecognized need to belong, to be part of something bigger— “Here We Are” or “To Be Alive.”

He was maligned from many quarters. Now I hear that “retro Masses” have sprung up, singing his songs on a nostalgic road trip to “the way we were” but never were.

At that time, I was inspired by his fundamentally optimistic view of the world—“Till All My People Are One.” Being alive meant standing with others to work for peace, to help the poor, to change the world. It meant striving together with hope in joyful song, shining in the sunlight of God’s love. I believe Ray’s lyrics ignited heart-embers in many who longed for God but felt empty or pushed away from God by church or family or both.

Ray was a man of his time. Today I hail him as someone who shared his gifts and his songs with a nation and church in turmoil. Search out his songs online. He was all about animating, strengthening, inspiring and enriching the church. This is how I will remember him.

He was Barnabas, “Son of Encouragement,” for the post-Vatican II church.

Over the decades, he was maligned from many quarters. Now I hear that “retro Masses” have sprung up, singing his songs on a nostalgic road trip to “the way we were” but never were. The 1960s and early ’70s are gone, yet the divisions that appeared then still haunt us.

We Boomers thought we would change the world, but what we are leaving behind is not unlike what we inherited—radical self-interest and malignant internecine conflict. Ray, along other composers then, addressed hymns and songs of encouragement to the women and men of their time—“Love one another!” “Make the world new!”

The St. Louis Jesuits stage a final performance that brings up the house
Kerry Weber

Ray exhorted the church in his own way to seek the reign of God. He sang about a future that collectively we were not equipped to serve and the God of love whose mercy we have been unwilling to share except behind our walls. Perhaps, Boomers might still learn. Perhaps Ray left hints for them—and everyone else—as did Clarence, Joe, Willard, James, Peter, Suzanne and other early composers.

Didn’t Ray and his compatriots’ efforts to gladden hearts actually point to the sorrow they felt deep inside? Didn’t their attempts to direct our eyes toward a joyful oneness emerge from the same woundedness that even now fuels our divisions?

Didn’t they raise up the hope of a world at peace in the face of a world threatened with destruction by nuclear war? Didn’t they raise up the hope of belonging, reflecting our own fears of abandonment and the painful isolation that sheltering in place has brought to the surface? Didn’t their hope come from a place of longing for something more, something divine?

That’s where their music had to have to come from and where the work remains today: to invite people from all ideological camps to encounter the kenotic Christ, calling from the terrible and precious depths of the human heart.

I celebrate the life of Ray Repp. A gifted, joyful, wounded Barnabas who offered his gifts to help a generation of Catholics step from a world we really didn’t understand into a world about which we have absolutely no clue. Thank you, Ray, for being who you were. A man of and for his times. 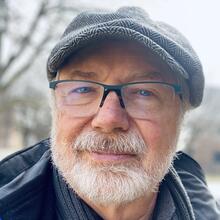 Roc O’Connor, S.J., composer and writer in residence at the Sisters of St. Joseph convent, is sheltering in place and waiting in joyful hope with 17 other Jesuits in Milwaukee.