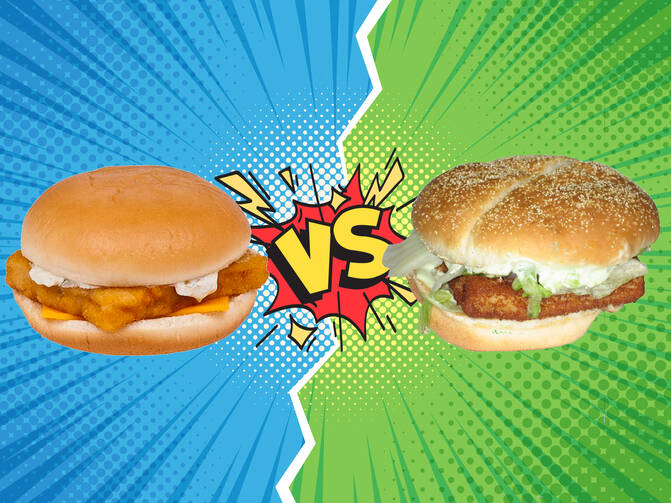 Lou Groen was worried. A McDonald’s franchisee in the Monfort Heights township outside of Cincinnati, Ohio, Groen realized that he was making just $75 of sales on Fridays. With a wife and three children to raise, he had good reason for concern. Hamburger sales plummeted on Friday nights because the local population was predominantly Catholic and, it being 1961, abstained from eating meat on Fridays. He needed a solution.

So Groen looked at how his competition survived, and the proverbial scales fell from his eyes: the fish sandwich. After testing a variety of recipes for ease of replication, cost-effectiveness and taste, Groen took his “Filet-o-Fish” to Ray Kroc, the owner of McDonald’s. Kroc was not amused. Groen recalled Kroc telling him, “I don’t want my stores stunk up with the smell of fish.”

Kroc did realize, however, that he had a problem nationwide, and it was the same problem that Groen was dealing with: Friday hamburger sales were down. So Kroc decided that on Good Friday of 1962, Groen’s Filet-o-Fish would appear on select McDonald’s menus alongside Kroc’s own “Hula Burger,” a grilled pineapple slice with cheese on a hamburger bun. Whichever meatless alternative sold better would be considered a McDonald’s staple.

The results were clear: The Filet-o-Fish schooled the Hula Burger  with sales of 350 to 6. The Filet-o-Fish was permanently added to the nationwide McDonald’s menu in 1965, pre-dating the Big Mac. Competitors followed suit, with Burger King adding a fish sandwich option in 1979, and Wendy’s offering a fried fish sandwich in select locations, though we were unable to verify when the practice started. As for McDonald’s, the corporation reportedly sells more than 200 million Filet-o-Fish per year, with sales during Lent accounting for roughly 25 percent of annual sales.

This Lent, the editors and staff of America decided to try the Filet-o-Fish and several other fast-food, and not so fast, fish offerings. Here’s what they had to say:

Comment: I found this experience delectable and extremely Catholic. However, I am confused as to why this was not done on a Friday.

Editor’s note: This experiment was conducted on a Thursday in preparation for Friday’s content cycle, obviously.

Winner: I am partial to the McDonald’s Filet-O-Fish, but surprisingly, I appreciated the Burger King fish as well.

Comment: The first was the best. Maybe because it was first, making the others lack novelty. It was firm, nicely breaded and fried, with a clear white fish flavor. Others had pickle/tartar sauce/lettuce, but the fish was not as flavorful. And it is a fish sandwich after all.

Comment: The A Salt & Battery sandwich looked and tasted like real fish, which is a plus when eating a fish sandwich, though it could have used some flavor. Among the fast-food options, B.K. had the best presentation, but the sandwich tasted too much like tartar sauce; Wendy’s should stick to nuggets; and no one should ever waste a visit to McDonald’s on a Filet-o-Fish (just go on Thursday or wait till 12:01 a.m. if you’re going on a Friday night). Also, don’t mix cheese with seafood.

Comment: I once tried to siphon water out of a fish tank using a rubber hose and ended up with a mouthful of dirty fish-tank water. This was the only one of the four that didn’t taste like that terrible, terrible day.

Also, if I ate this much fish on a Thursday in Lent, can I have a steak tomorrow?

Comment: As a facilitator of this experiment, I think I have had enough fish sandwiches to last me a lifetime. I definitely felt the weight of the fried fast-food fish by the end. The perfect fish sandwich for me has to have fresh bread, tartar sauce and pickles. You can’t go wrong with pickles.

Comment: I think the Burger King sandwich had the best combination of flavor, fish and extras (pickles, sauce, etc.) A Salt + Battery was a close second. It would be first for me if it had more flavor.

Comment: You can tell and taste that it’s a real fish. Coupled with the size of the serving and its natural flakiness, it’s delicious.

Winner: A Salt and Battery

Comment: It was a fun experience. I was able to get a taste from different vendors and know which one I liked and didn’t. I enjoyed the sandwiches but missed the french fries.

Winner: Wendy’s. I liked the way it was put together. It was very tasty.

Comment: The A Salt & Battery sandwich was the best for fish lovers: flaky, not too salty, the bread and condiments not distracting from the taste of the fish. Among the fast-food options, Wendy’s was the best for having the least obtrusive bread and a nice pickle to complement the fish. Burger King was O.K., with good tartar sauce and satisfyingly crisp lettuce but just O.K. fish. McDonald’s tasted differently sober. It’s good to soak up alcohol, but the bread is heavy and sweet, so the fish is merely a salty complement. It is still better than a greasy hamburger, though.

@iCabrera05
Show Comments ()
Join the conversation: Login or create an account
Before you can comment, you need to update your profile to include your first and last name, as required in our comments policy. Then reload this page and you'll be set up for commenting. Update your profile
Show Comments ()
Comments are automatically closed two weeks after an article's initial publication. See our comments policy for more.