What Christ’s crown of thorns teaches us in troubled times

What Christ’s crown of thorns teaches us in troubled times 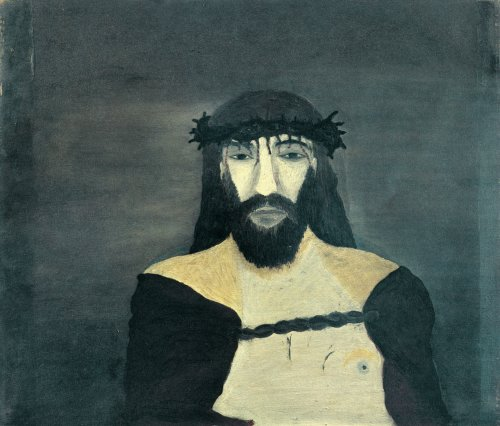 Good people are worried. It comes up in serious conversations, like those in the confessional. The best of folk now confess to being judgmental and angry about what is happening in our country and world. Often they add, “Father, I’m really frightened about the future!”

Of course, they are right to worry even as they rightly confess to being angry and judgmental. These folks are doing what they should do. They are looking to God in their time of need. They are not demanding answers, only the assurance that the Lord has not abandoned us.

Clement of Alexandria, one of the church’s earliest theologians—so early and so formative for our tradition that we call him a Father of the Church—offers a very simple yet profound image of Christ, one that might help to settle our nerves.

God is one. God is truth. God created the world as good. God fashioned us to serve him in the muddle of our minds.

The Greek city of Alexandria was home to the first Christian school of higher education. That alone is significant. Already in the second century of the church’s life, its leaders understood that simply quoting the Gospels, whose ink was barely dry, was not enough to answer the questions of contemporary men and women.

Culture is like childhood. Once it starts to grow, it keeps at it. It asks new questions, jettisons old answers. Sometimes we might want to halt this process, but just as kids must grow up, what passes for knowledge changes and grows. Sometimes it falters and declines. Distinguishing between the two is the great demand of any age.

As a Christian, Clement was convinced that what God had revealed in Jesus Christ was the completion and fulfillment of the revelation God gave to Moses. This was God’s truth, and it was not to be abandoned, even as Christians were beginning to reason as educated Greeks, dependent upon and enriched by ancient philosophers, poets and playwrights.

The unique contribution of Christianity is the recognition of sin and suffering as integral to all reflection upon the human experience.

Clement found solace in a story of two thorn clusters. The first was reddened with the fire of God when he first spoke to Moses in the burning bush. The other was made scarlet with the passion blood of Jesus. Crowned with thorns, he fell silent and would not speak. For Clement, each bundle of thorns testified to God’s enduring, faithful presence. They spoke even without words:

For when the Almighty Lord of the universe began to legislate by the Word, and wished His power to be manifested to Moses, a godlike vision of light that had assumed a shape was shown him in the burning bush (the bush is a thorny plant); but when the Word ended the giving of the law and His stay with men, the Lord was again mystically crowned with thorn. On His departure from this world to the place whence He came, He repeated the beginning of His old descent, in order that the Word beheld at first in the bush, and afterwards taken up crowned by the thorn, might show the whole to be the work of one power, He Himself being one, the Son of the Father, who is truly one, the beginning and the end of time (The Instructor 2.8)

Clement began where many Christians, Jews and Muslims remain today. God is one. God is truth. God created the world as good. God fashioned us to serve him in the muddle of our minds. We must reason our way through the rough, never doubting that a place—really a person—of truth and unity awaits us. Our world is meaningful because it comes from God, who is meaning itself. Indeed, the Western religions of revelation define God as that which is most reasonable, whatever that may be, however it still eludes us.

This is why Clement drew parallels between Moses and Plato. God truly revealed himself in the Judeo-Christian tradition, but no teaching can circumscribe God. God is even more than our thoughts, even more than our valid reflections upon what God himself has revealed.

Our history remains hazardous, but it does not stand apart from God in Christ.

It is that red crown of thorns that matters to us, most of all in this moment. What did it say to Clement of his Christ? What did this theologian want us to take from this visage enveloped by thorns?

First, the God who entered human history in the burning bush committed himself fully to us when he became a man in Jesus Christ. Our history remains hazardous, but it does not stand apart from God in Christ.

What do the Gospels say about parents behaving badly a sporting events?
Terrance Klein

How can we find harmony in an imperfect world?
Jaime L. Waters

Second, our story seeks redemption. Human thought cannot step free from human sin: from our prejudices, our passions and our hatreds. In so many ways, the Roman Empire represented a triumph of human reason. Yet the best of what we could do on our own rejected Christ, murdered the savior.

And finally, the unique contribution of Christianity—if you’re looking at it from outside the faith—is the recognition of sin and suffering as integral to all reflection upon the human experience. This is not something we will grow out of. And from within the faith—in the passion of the Christ—God reveals himself in poverty, sorrow and suffering.

There are two recordings I have always wanted to be played as part of my wake. I think that they express the heart of the Christian faith. Louis Armstrong’s “What a Wonderful World,” because it truly is. And Judy Garland’s “Somewhere over the Rainbow,” because our world desperately wants a redeemer. And it has one. He comes from that truer, more foundational place, we call the future.