What do the Gospels say about parents behaving badly a sporting events?

What do the Gospels say about parents behaving badly a sporting events? 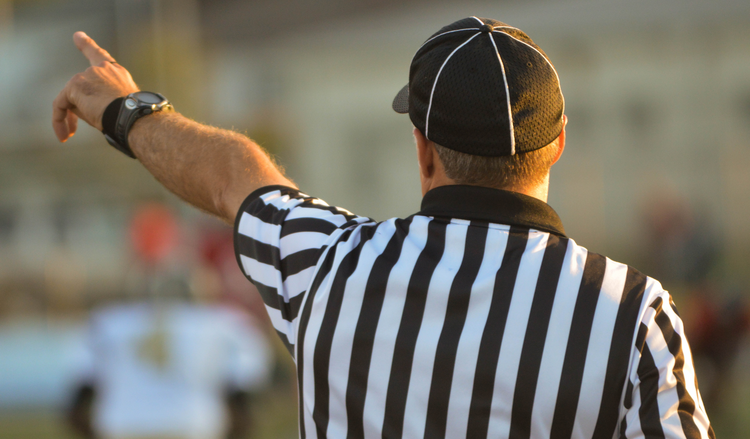 Photo by Nathan Shively on Unsplash

His son’s team lost the championship game of a sixth grade, Catholic basketball league. The father sucker-punched the winning coach and bit off a large portion of his ear.

Desperate for a win in football, a dentist used his implements to sharpen his son’s chin strap. After the fifth opponent had been sidelined for bleeding, the strap was discovered, sharp enough to shred a magazine cover.

They are only games! That is why winners and losers shake hands when they are done—though a losing hockey coach had not collected himself sufficiently for this rite of sportsmanship. Shaking hands, he deliberately tripped one of the 13-year-old winners, breaking his wrist on the ice.

There is no shortage of parents behaving badly at their children’s sporting events. Eighty percent of new high school referees quit within two years. What is going on here? Do the Gospels shed any light on this behavior?

Perhaps hovering parents only display a drive shared by all: a desire to be our own saviors.

Of course, if your interpretative stance begins with, “Show me where Jesus said...” then the Gospels do not say much at all about contemporary life. Christ did deplore cutting off a servant’s ear, but sharpened chin straps and tripped young athletes were never mentioned. The Gospels are not a moral index that we can use like Google to determine what is right and wrong.

It runs deeper than that. Unsportsmanlike parents might share a spiritual stance with those adults who start scheming about their children’s educational path even before preschool. If hovering means not letting your child be his or herself, why do so many parents do it, in athletics and academia?

Do they want a do-over from life? Let’s try again, only harder this time! Are the kids supposed to climb to the top, conquering everything that eluded their parents? And if you are already atop the pile, do you connive to keep your family plump and powerful?

Just as we often don’t know the love we lack until the beloved appears, we do not really know that we have a savior until we need one.

Yet perhaps hovering parents only display a drive shared by all: a desire to be our own saviors. There are lots of people in the church—rich and poor, sick and healthy—who have not yet found the savior Isaiah promised:

Most of us, whether we recognize it or not, are churched because of decisions made by our parents. The same holds for those beyond the doors of the church. We go with what we know. We fall into groves.

Who is God calling you to be?
Jaime L. Waters

Here is the issue. The Lamb of God—the self-sacrifice of God on our behalf—appears in answer to a need. Or rather, our exigency reveals the savior, who stands awaiting us. This is why the poor and the afflicted are often more ready to receive a savior than the plump and powerful. That is a constant, and history very offers few of them. We need to sense something missing before we are ready to hear.

This is what happened to John the Baptist:

Behold, the Lamb of God, who takes away the sin of the world.
He is the one of whom I said,
“A man is coming after me who ranks ahead of me
because he existed before me.”
I did not know him,
but the reason why I came baptizing with water
was that he might be made known to Israel (Jn 1:29-31).

John’s savior and the salvation he offers are still not self-evident. Salvation is, of course, a form of love. Just as we often don’t know the love we lack until the beloved appears, we do not really know that we have a savior until we need one, until a better way is shown. Jesus does indeed save, but we really only know this once we are in his arms.