What is the relationship between Catholics and alcohol? 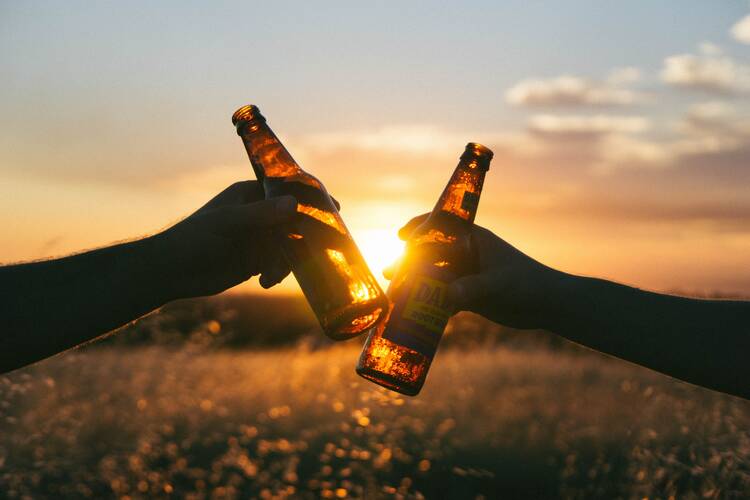 Photo by Wil Stewart on Unsplash

America readers will be familiar with “the Catholic both/and”—the idea, as the Jesuit writer Felix Just put it, that “both the one side and its opposite not only can, but must be held together in tension, even if they seem to be contradictory, in order to understand the whole truth, the whole of the complex reality.”

Jesus was God and man. Humans have a body and a soul. We are saved through faith and works. These “vibrant paradoxes,” in Bishop Robert Barron’s phrase, are a hallmark of Catholic thought. On the table before me one evening was an emblem of another, if less theologically lofty both/and: the relationship of Catholicism to alcohol.

The Eucharist begins with bread and wine.

I smiled as I took my seat in the monastery where I was making a short retreat. Beside each plate was a bottle of Chimay Gold, one of four kinds of beer produced on the premises. Like many Trappist communities, Scourmont Abbey in Belgium is funded out of the proceeds from its brewery. For the Order of Cistercians of the Strict Observance, whose charisms include hospitality, it is only natural to share this work of human hands with guests.

Alcohol is, quite literally, at the center of the Catholic experience. The Eucharist begins with bread and wine. At the same time, the dangers associated with intoxicating substances are well documented. In the early 20th century, Americans so feared the consequences of alcohol that we banned its production and sale from 1920 until 1933. The Centers for Disease Control and Prevention estimate that 88,000 people die from alcohol-related causes in the United States each year. Excessive drinking, defined as “binge drinking” or “heavy drinking,” is listed as the cause of death for one in 10 Americans between the ages of 20 and 64. And because drinking to excess diminishes our reason—the very faculty that separates us from the lower creatures—its seriousness is not to be minimized. In his Summa Theologiae, Thomas Aquinas wrote that drunkenness is not just a sin but a mortal sin, so severe that the early Apostolic Canons decreed that one “who is given to drunkenness or gambling...must either give them up or be excommunicated.”

Chartreuse was perfected in the 18th century by the Carthusians, widely considered the most austere of the Catholic religious orders.

Yet it seems to be no accident that Jesus’ first recorded miracle was, at the prompting of Our Lady, to turn water into something a little stiffer. Today, the “Catholic Stuff You Should Know”podcast features four Colorado-based priests discussing historical, liturgical and doctrinal topics—nearly always over glasses of Maker’s Mark bourbon. Meanwhile, dioceses around the country offer lectures on religious subject matters aimed at young people, hosted at bars, under the banner “Theology on Tap.”

Chartreuse was perfected in the 18th century by the Carthusians, widely considered the most austere of the Catholic religious orders. It was intended as a medicinal elixir, but people quickly took to consuming it recreationally. Rather than balk, the monks leaned in and began marketing the (slightly) lower-proof green and yellow versions now found in high-end cocktails.

Meet the monks who brew the only Trappist beer in America
John W. Miller

How the Jesuits of ‘America’ heroically defended booze against Prohibition
James T. Keane

“I think the monks understand that alcohol is an intrinsically good thing,” says Michael Foley, an associate professor of patristics at Baylor University and the author of Drinking With the Saints: The Sinner’s Guide to a Holy Happy Hour. “That doesn’t mean it’s a good that can’t be abused. It certainly can be abused. But when you drink alcohol responsibly, particularly within the Catholic moral framework, you are encouraging a lot of virtues, such as fellowship and enjoyment of a meal.”

Both good and able to be abused: The bothersome formulation rides again. To focus on the first half and ignore the second is to expose ourselves to mortal danger. But anyone who has stayed up late, savoring the company of friends and a nice tipple, understands that those moments can be as close to paradise as we get in this life. Not for nothing have generations looked forward to the coming “heavenly feast.” 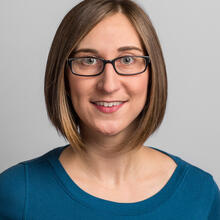 Stephanie Slade is the managing editor at Reason magazine and a 2016-17 Robert Novak Journalism Fellow.

@sladesr
Show Comments ()
Join the conversation: Login or create an account
Before you can comment, you need to update your profile to include your first and last name, as required in our comments policy. Then reload this page and you'll be set up for commenting. Update your profile
Show Comments ()
Comments are automatically closed two weeks after an article's initial publication. See our comments policy for more.