My son was diagnosed with Down syndrome at birth. Not knowing earlier was a blessing. 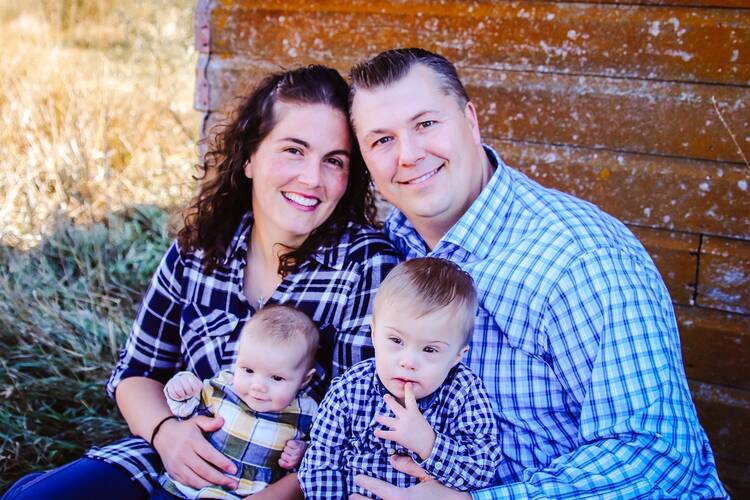 The author with her husband, youngest daughter and son, Dylan.

We did not undergo the prenatal testing that can identify the condition when I was pregnant with Dylan. We knew that the results would not change anything, and our doctor was fine with our decision.

Dylan was born by C-section. My husband recognized he had Down syndrome as soon as his head came out. The doctor warned me they thought Dylan had Down syndrome before they brought him around for us to see up close. But it took me a while to believe it. All I saw was a blue baby crying. I did not see the facial characteristics that are present with Down syndrome. Then I thought to myself: That’s not my baby. My baby doesn’t have Down syndrome. I didn’t order a child with Down syndrome. I ordered a baby that had no special needs. When they brought him over for us to see up close, I did not want to touch him; it felt like he could not be mine, he could not be the perfect child I’d imagined. And then the doctors whisked him away.

My son has Down syndrome. A year ago, I would not have said those words aloud, though they are true. It was just too difficult.

My husband followed our son to the neonatal intensive care unit, where he would undergo further tests. I felt numb waiting for him to return. My son was almost eight hours old before I was able to hold him for the first time. I felt horrible that he had an IV in and had laid by himself in his isolet for that long, and his welcome into the world was an echocardiogram to make sure his heart was O.K. Between 40 and 60 percent of people with Down syndrome have congenital heart defects. We were lucky; Dylan’s biggest worry was that the holes in his heart that were supposed to close at birth were not closed but were small enough that all he needed was supervision and oxygen.

Holding him for the first time was all it took for me to realize he was perfect. As I looked at my son, I knew he was mine and that the doctor was right: Dylan did have Down syndrome. I reached out and touched him and said hello, finally, because I realized his condition was not his fault. He did not ask to have Down syndrome or to deal with all the challenges that came along with it. This was my son, the one who I prayed and begged God for, for so many years. I was the one who wanted him.

It was very hard to tell friends and family that our son had Down syndrome. Initially, I was ashamed. Would they accept my son?

Several things helped me initially. First, I had read a book written by a mom of a child with cerebral palsy. The author helped me to understand that parents have a dream of how our children will be and what they will do long before we meet them. But when a child is born with a developmental delay, that dream as we knew it is gone. You have to grieve that loss of a dream and grieve on behalf of your child, who does not deserve to struggle but most likely will. But in that respect, they are no different from the rest of us.

Second, my husband and I agreed that we would not blame ourselves. Our faith in God helped us to understand the millions of small events that had happened to bring our son into our life and that Dylan was our child for a reason. He was a gift for us, something that God felt we needed in our lives.

Third, as a physical therapist, I knew that our son’s early years might be rough but that he likely would walk and get around on his own eventually. He would likely be able to talk and learn to do basic daily tasks. This was a consolation to me in the early months as he worked hard to achieve the developmental milestones that come with growing and learning.

It comes down to this: We have our baby boy. God gave him to us for a reason, and we are going to do our best to honor that gift.

Still, it was very hard to tell friends and family that our son had Down syndrome. Initially, I was ashamed. Would my family accept my son? One family member asked us, “What do you do about it?” But there is nothing to do about it. Down syndrome just is, and you deal with whatever comes your way.

I feared my husband’s family would blame me. I feared we would be the talk of our small town. I feared no one would want to get to know me or my son because he might act differently from everyone else. I did not want anyone to come and talk to me about it. One of the main organizers of a local support group came to talk to us before we left the hospital, and it was all I could do not to scream at her to go away.

These days I can talk about it more easily. Recognizing what Dylan can do has also helped make it easier to talk about. He is slowly meeting his milestones. Our speech therapist tells us he is quite verbal for his age and in general. We are thrilled that he is babbling and starting to say words, and we are eager to see him walk.

Everything I Can Do: Living with Down syndrome
Joey Kane

Since Dylan is our first child (we now have a second child), he is our normal. And he is more alike than different from other kids. All kids have struggles; his just may take longer to overcome them. All kids get sick; he just may be sick more often or end up in the hospital a few times. Everyone has to learn how to live and function in the world; Dylan may just need a little more help. Most people graduate from high school. We hope Dylan will, too, though he may have a slightly different curriculum or diploma. I may have grieved the initial loss of my dreams of and for Dylan and know that as time goes on, that grieving will continue. Having to modify classwork, not being able to keep up physically in sports, high school prom and graduation are just a few of the possible challenges the future holds.

We are very lucky that Dylan is healthy and thriving. And he has such an amazing smile that, no matter what, brightens your day and makes you stop in your tracks and smile or laugh. That right there is enough. What it all comes down to for my husband and me is this: We have our baby boy. God gave him to us for a reason, and we are going to do our best to honor that gift. 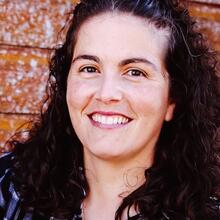 Monica Hembd is a proud mom and advocate of two children and a grateful wife who lives in rural Kansas.