Down syndrome abortions: can liberals and conservatives find common ground? 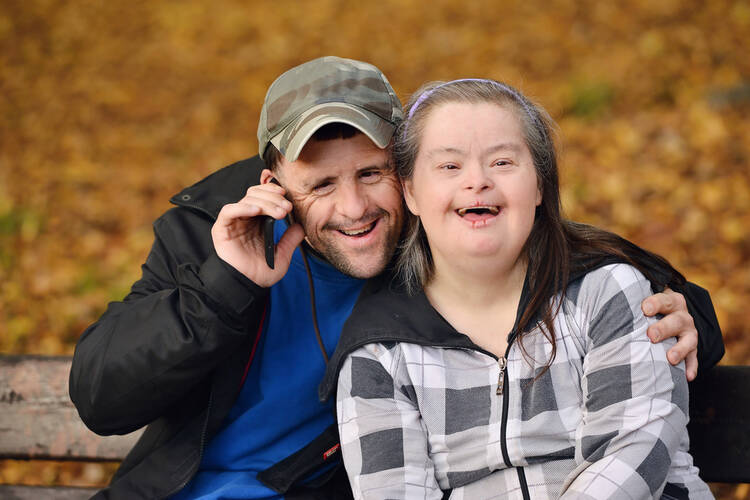 Prompted by a series of undercover videos, this past weekend saw the largest protest against Planned Parenthood in history, with tens of thousands turning out in over 300 U.S. cities. Sadly, most reporting on the videos continues to use the traditional right/left, life/choice binaries. If you are a conservative you most likely support defunding Planned Parenthood, and if a liberal you most likely do not.

But, interestingly, this binary thinking is not how most Americans actually approach abortion. Record numbers of people (especially if they are young) think of themselves as politically independent—freeing them up to support certain values of both parties. 63 percent of Republicans, for instance, want abortion to be legal. 21 million Democrats identify as pro-life. 73 percent of Americans overall want abortion banned after 12 weeks. Though our hyper-polarized politics makes it difficult to see, there is much common ground to be had.

Enter our emerging national conversation about abortion as a response to Down syndrome. This was already a lingering issue in a few states, but a front page New York Times story on a proposed Ohio law banning such abortions, along with a commentary from their editorial board, has pushed the issue to the fore of our national conversation. At first glance, especially if one’s only frame of reference are these pieces from the Times, this looks to be another polarized “right vs. left” battle in the abortion wars. But upon closer inspection, especially in light of the numbers cited above, a very different picture emerges.

First of all, consider that the editors at the Times are not using progressive principles in making their argument. Indeed, if we replaced “abortion” with “guns” the editorial could have been written by the N.R.A. Their view is that nothing—absolutely nothing—should limit “the private choice” to kill prenatal children with Down syndrome. This “anti-choice” law would not be effective in curbing what supporters say they want to limit, and would be needless “government intrusion” into “private decisions.”

This is a libertarian argument that would make Rand Paul blush. But what if, instead of through a libertarian lens, we looked at it through a progressive one, examining the ways in which American consumerism instrumentalizes the vulnerable?

People with Down syndrome are actually happier than those who are “normal,” so it is clear abortion in these cases isn’t done for the benefit of the child. Rather it is because the child doesn’t meet the quality standard the parent(s) hoped for. This consumerist mentality is built right into the very word we use for these practices more generally: re-production. The dignity of children with Down syndrome is so inconvenient for our consumerist culture that fetuses diagnosed prenatally are killed via abortion a shocking 85 percent of the time.

Another group traditionally on the left—disability rights activists—are sharply critical of this practice. Indeed, even if one does not think of the prenatal child as a person with rights, plenty of progressives are deeply uncomfortable with abortions which kill future disabled people. Why? Because of the message it sends about the value of such people in our culture. When the abortion rate of Down syndrome children is 85 percent that message is, well, unmistakable. They are simply not welcome. Indeed, I’ve argued elsewhere that this practice is a paradigmatic example of what Pope Francis calls “the throwaway culture.”

One challenge for Democratic lawmakers is that their hands have been tied by various pro-choice lobbying groups who share the extremist views of the Times editorial board. Emily’s List, for instance, is simply a powerhouse of political might in Congress—not least because of their cash. CNN recently reported that they made a record off-year haul of 10.5 million dollars in the first half 2015. These funds are carefully distributed to party leadership and key members with the expectation that they will never vote for any abortion restrictions of any kind. This kind of power—a kind of power which, again, mirrors that of the N.R.A.—makes it very difficult for any Democrat to vote for even moderate legislation. At least if they want to keep their seat.

Both pieces in the Times also raise questions about enforceability. Since women aren’t required to give reasons for why they have an abortion, and because often such reasons are mixed and complex, it isn’t clear how the law could be enforced. This is where the law’s opponents are on their strongest ground. Far too often, abortion opponents move from moral claim to public policy without thinking about the additional layer of complexity such a move entails. But even granting this concern, the debate we have over this kind of law could still do two very important things.

First, it could address something that has been a very serious problem for some time: how physicians and health care teams interact with pregnant women and families. Too often, health care providers—not least because they are some of the most privileged people in our culture—use biased and ableist language in describing the life of a person with Down syndrome. They will sometimes even recommend abortion in such cases. This kind of law would obviously make those practices illegal.

Second, we need to remember that the law is a cultural teacher. Simply its being on the books and having physicians explain the legal situation to patients sends a social message that these disabled lives are valued by our community. Our current law and practice sends the opposite message. As we’ve seen with other kinds of laws protecting vulnerable populations, their passage has been the first step in a cultural shift in attitude and practice. So would it be with this law.

The lazy, binary, polarized abortion politics of the last forty years have made it nearly impossible for coherence and nuance to prevail in our abortion discourse. But even Americans who identify as pro-choice can get behind limiting the right in certain cases. It is high time we move beyond our simplistic approach to this complex issue and work to find those areas in which a plurality of Americans have agreement. Discouraging abortion as a response to Down syndrome could be, in fact, just such an area of agreement for those who otherwise think very differently about abortion.

Charles C. Camosy is Associate Professor of Theological and Social Ethics at Fordham University and a board member of Democrats for Life. Author of several books, his most recent is Beyond the Abortion Wars: a Way Forward for a new Generation. He tweets @nohiddenmagenta.

Charles C. Camosy
@CCamosy
Show Comments (
7
)
Comments are automatically closed two weeks after an article's initial publication. See our comments policy for more.
Justin Sands
7 years 3 months ago
This is a strong piece that will likely be forwarded to others who may be persuaded by it. That being said, I don't want to sound like a grammar nazi but there are few typos in here that might distract some from the argument.
Sam Sawyer, S.J.
7 years 3 months ago

Thank you for calling our attention to the typos; we've addressed them.

Bill Mazzella
7 years 3 months ago
At first glance one would elect to applaud Charlie Camosy for seeking common ground. Something that has not been a distinction of his in the past. Yet soon enough into this article he resorts to form by calling those who disagree with him as "extremists." Then Camosy proceeds to familiar non sequiturs. Is it only Democrats who are persuaded by the money crowd on this issue. And there goes another moral theologian wanting to make a law in an area where he cannot convince Catholics of its necessity. If law is a cultural teacher what is to be said of the majority of Catholics who favor abortion. And what kind of social ethician is going to impose laws on a doctor where 73% are against. Common ground? The issue about Down Syndrome fetuses is a back door attempt to sway people and infuriate the disabled. The "happiness" argument is really strange coming from an academic. But hey, whatever works. So it seems it is more of the same by Charles Camosy. But it might be instructive to learn if he has any other issue than anti-abortion. In the greatest refugee crisis in history one would be eager to know what this social ethician has to say about. So far the decibel level has been low while the one issue has the same astronomical decibel.
Bill Mazzella
7 years 3 months ago
While I stand by my analysis above, I want to note that I have done some research on the words of Camosy in other venues. I do see that he is indeed seeking some common ground. Perhaps as one who used to be an "extremist" on the right he is slow to specify those as he does with the NY Times and Emily's list. While that is true I am happy to see that Camosy is seeking to have each side understand the point of view of the other and to work together against extremes.
Crystal Watson
7 years 3 months ago
I don't think the Times editorial is extremist, but instead a pretty basic pro-choice position. Also, I don't think it's odd that a doctor would present the negative side of DS as well as positive. Patients deserve to have all the facts, even unpleasant ones, when they're making such a decision. For instance, DS people may seem happier, but they are also less likely to find rewarding careers - less than 20% are employed. I don't say this because I'm an ableist - I have a disability myself - but to present being disabled as a day at the beach isn't really honest.
Clare Sebok
7 years 3 months ago
I think it is unfair and judgmental to claim that people choose abortion after receiving a prenatal diagnosis of Down syndrome because "the child doesn’t meet the quality standard the parent(s) hoped for." Maybe people are realistically afraid that the rest of their lives will be an uphill battle as they struggle to provide and care for a disabled child. Maybe the best way to reduce this abortion rate is to advocate for better family leave and health care policies so that potential parents of disabled children can feel confident that they won't face an impossible struggle.
William Samuel
7 years 2 months ago
The extent to which the medical profession encourages abortions is extreme. Good friends of mine had a doctor's office placing "urgent" calls to them in off hours to ask them if they wanted to "terminate" because there was a 10% chance their prenatal child had Down Syndrome. A FB friend had medical staff pressure her to abort with a 1 in 70 chance of Down syndrome. There is a very real genocide going on in the USA against people who may have a disability before they're born. So many "liberals" are pro-genocide and viciously against those with disabilities.