Now that the ‘pontifical secret’ is abolished for abuse cases, what info will be public?

Now that the ‘pontifical secret’ is abolished for abuse cases, what info will be public? 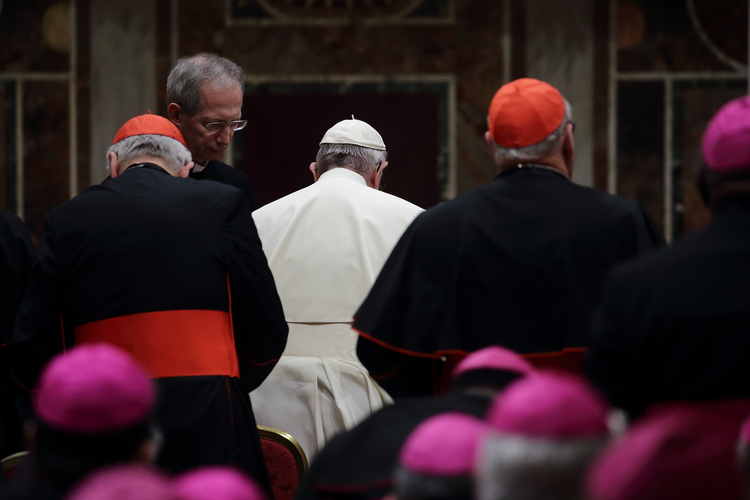 Pope Francis and prelates from around the world attend a penitential liturgy during a meeting on the protection of minors in the church at the Vatican in this Feb. 23, 2019, file photo. In a decision published Dec. 17 the pope abolished the obligation of secrecy for abuse victims during Vatican trials and processes. (CNS photo/Evandro Inetti, pool)

Yesterday morning, the Vatican announced that Pope Francis had abolished the pontifical secret, the Vatican’s top confidentiality measure, in cases of sexual abuse of a minor or vulnerable person by clergy. This week on “Inside the Vatican,” Gerry and I explain what information will now be available about these cases.

Next up, we dive into the Wall Street Journal’s report on the pope’s Peter’s Pence collection. The report alleged that the Vatican had misled donors by telling them that the Peter’s Pence fund was used exclusively for charity, when more than half of the money raised each year goes to plug the Vatican’s deficit. Gerry and I examine the report’s claim and discuss what actions the Vatican is taking to clean up its finances.

Finally, Pope Francis celebrated the 50th anniversary of his ordination to the priesthood on Friday, December 13 and spent that evening shining a light on his spiritual mentor, Jesuit Father Miguel Fiorito. Gerry explains why Father Fiorito was so dear to Francis, and we take a look at how Francis’ spiritual mentor inspired his leadership style.

Show Comments ()
Comments are automatically closed two weeks after an article's initial publication. See our comments policy for more.
Provide feedback on this article
Join the conversation: Login or create an account
Before you can comment, you need to update your profile to include your first and last name, as required in our comments policy. Then reload this page and you'll be set up for commenting. Update your profile
More: Inside the Vatican / Sexual Abuse / Pope Francis