Angry, glad, heartbroken? There’s a Psalm for that. 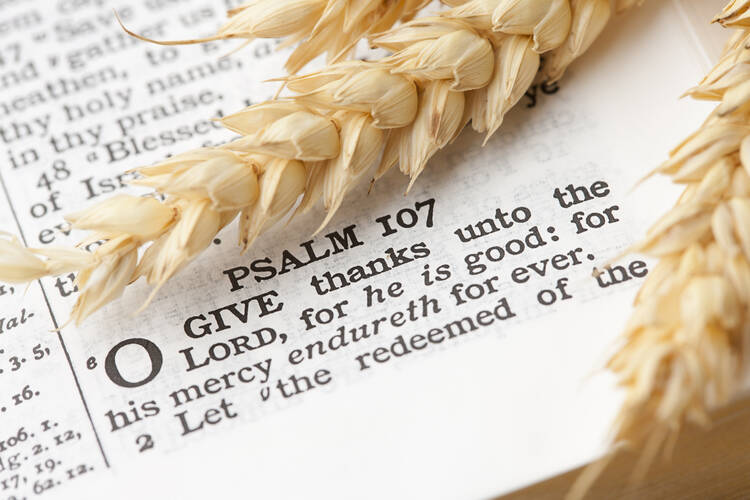 Walking early last summer in the New York Botanical Gardens on a sunny Friday morning, I heard a woman behind me so overwhelmed by its early June beauty that she kept saying over and over to her husband, “It’s so beautiful, beautiful! I have never seen anything like this before! So beautiful.” At her fifth repetition, I was tempted to turn around and suggest that she let a psalm do the work she was laboring with such effort to do for herself.

She would have been helped by using psalms’ expressions of rapture to express her feelings: for example, “Oh Lord, I love the house in which you dwell, and the place where your glory abides” (26:8, New Revised Standard Version), or “O Lord, our Lord, How majestic is Your name throughout the earth, You who have covered the heavens with Your splendor!” (8:1, New Jewish Publication Society Translation), or 19:1, “The heavens are telling the glory of God; and the firmament proclaims its builder’s craft” (New American Bible). The psalms would have made it easier for the woman to stay within herself and extend her moments of joy and wonder.

Besides gaining some apt phrases, the woman would have received something even greater—the opportunity to lift her joyous wonder into a frame larger than herself, larger even than the 250-acre Botanical Gardens! This is what the psalms do. They lengthen the moment, enlarge the experience and connect a private experience to those of other human beings. Wonder fades if we do not “back it up.”

Awe is not the only emotion that the Psalms support. Another emotion is the awkwardness we can feel in saying “thank you” for a gift that has exacted an extraordinary cost from the giver.

Awe is not the only emotion that the Psalms support. Another emotion is the awkwardness we can feel in saying “thank you” for a gift that has exacted an extraordinary cost from the giver. “Thank you” in such cases does not suffice. Claus Westermann, a prominent 20th-century student of the psalms at Heidelberg University and author of The Praise of God in the Psalms, noticed the same thing. He saw that we today live unquestioningly in the rhythm between thanks and request, of “please” and “thank you.”

The Bible expresses thanks in an entirely different way, which the following story nicely illustrates. Patricia brought her son Thomas, age five, to her sister’s Christmas party. Cathy, the sister, always gave the right gift, and this year’s gift was a fire truck, complete with rubber tires and yellow ladders. Quickly unwrapping it, Thomas immediately raced into the next room to show his cousins, “Look what Aunt Cathy gave me!” Thomas’s mother Patricia, embarrassed by her son’s behavior, marched into the next room and brought him back to Cathy. “Say thank you!” she commanded.

There was an awkward silence. Thomas wondered what he did wrong. Claus Westermann would have said that Thomas did nothing wrong; he simply acted like a psalmist, and his mother acted, well, like most of us. Instead of saying thank you, Thomas praised his aunt in front of his cousins; praising her name, as the Bible would put it. Hebrew has no exact equivalent to the English verb “to thank.” The nearest thing to it is hôdû, commonly translated as either “thank you” or “praise.” The New Revised Standard Version translates 118:1, “O give thanks to the Lord, for he is good; his steadfast love endures forever!” whereas the New Jewish Publication Society of America Tanakh renders: “Praise the Lord, for He is good, His steadfast love is eternal.” In my view, N.J.P.S. seems more faithful to this psalm in which an individual, perhaps the king (speaking for the people), describes to the people how the Lord rescued him from enemy attacks.

We today are certainly not going to stop saying “thank you,” but we can express our thanks in a biblical way by reminding ourselves and (sometimes) others the things that God has done for us, or for God’s people or for the world.

We today are certainly not going to stop saying “thank you,” but we can express our thanks in a biblical way by reminding ourselves and (sometimes) others the things that God has done for us, or for God’s people or for the world. The genius of the psalms is that they weave the graces an individual has received into the story of what the people have received. “My story” becomes “our story.” Making that story public, telling it to “the many” (a biblical idiom for “everybody else”) expresses our thanks more vividly than a routine “thank you.” Fortunately, the Psalter has good models of giving thanks. Psalms 30, 34, 41, 92 and 116 are thanksgiving/praise songs of individuals, and Psalms 65, 66, 75, 107 and 124 are praise songs/thanksgivings of the community.

There is a third set of human experiences in which the psalms come to our aid and give us the right words—loss, loneliness or trauma. In fact, painful experiences were common for the psalmists, for more than a third of the psalms express the desperate need of individuals or communities. Such psalms follow a strategy that may seem strange to modern pray-ers—they attempt to persuade God to act.

Scholars call psalms of this type a “lament,” although petition is a more apt term; Lament or complaint is only one of its features. Such psalms begin with an unadorned cry to the Lord such as “Help, Lord!” and then move on to a highly dramatized complaint describing the danger from which the psalmist seeks rescue. The psalmist complains of a multitude of dangers, sickness, unjust accusation, betrayal by friends or the painful consequences of the psalmist’s own sin. Mixed within the complaint is a declaration of trust, for example, “I do not fear, then, thousands of people arrayed against me on every side” (3:7).

The surprising strategy of petitionary psalms is to assume a drama with three actors—the psalmist, the enemies (“the wicked”) and God.

The surprising strategy of petitionary psalms is to assume a drama with three actors—the psalmist, the enemies (“the wicked”) and God. After portraying herself as beset by illness, loss of reputation or enemy attacks, the psalmist casts aside politeness and cries out, “Help, Lord, no one loyal remains” (12:2) or “How long, Lord? Will you utterly forget me?” (13:2). These psalms often express simultaneously anger at the sufferings inflicted on him: “My rock, do not be deaf to me” (28:1) and hope of being heard by God; “For you, O God, have heard my vows” (62:6). As one expects, petitions also contain a prayer, in either negative terms (“Let those who seek my life be confused and put to shame,” (70:3) or in positive terms: “Save your people, bless your inheritance; pasture and carry them forever” (28:9)).

Melissa Kelley, my colleague at the Boston College School of Theology and Ministry, in a review of a book on theological studies detailing a father grieving the loss of his son, wrote a sentence that could serve as an invitation to pray the petitionary psalms:

[The author] has modeled how not to run from or seek to make premature sense of devastation, but rather to embrace it fully, allow it to shatter one’s heart, and then hold on tenderly to every piece, waiting in hope and trust for the new shape of one’s life gradually to emerge.

Petitionary psalms record a process that those who grieve can enter, hold on tenderly to every piece, and come out changed at the end. Praying the entire psalm, not just a verse or two, slows us down; it does not allow complaint to be the last word, for such psalms blend complaint with phrases expressing hope in God. Petitionary psalms enable us to imagine alternatives to the catastrophes suffering people often project.

The Psalms do not hesitate to express anger at what God has done or failed to do. Psalm 44:24 even accuses God of sleeping on the job.

What is there about the Psalms that have attracted so many down the ages?

The Psalms connect us to God as part of an unbroken chain of gratitude.
Elizabeth Kirkland Cahill

How the psalms can guide us through the storms of our lives
Rabbi Daniel F. Polish

The answer is probably that they are blunt, giving voice to every aspect of human experience. They do not hesitate to express anger at what God has done or failed to do. Psalm 44:24 even accuses God of sleeping on the job, “Awake! Why do you sleep, Oh Lord?” Moreover, they are not afraid to tell God how deeply a person is wounded, “Save me, God, for the waters have reached my neck” (69:2).

Second, psalmists’ appeals to God are never based on their own virtue. “Save me because I’m a really good person” is not heard, but instead the petition rests on God’s compassion, justice and power—“save me because of your mercy (ḥesed)” (6:5). Psalmists are quick to portray themselves to be without any resources or victims of others’ malice precisely to move the compassionate and just Lord to act. The psalms might seem conventional, and indeed, they do repeat themselves and reuse stock phrases, but the repetition is not an indication of laziness or inattention, but rather of how accurately they describe the human condition. 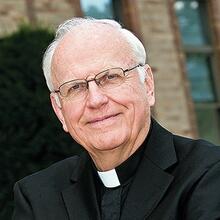 Richard J. Clifford, S.J., is professor emeritus of Old Testament at Boston College. Formerly general editor of The Catholic Biblical Quarterly and founding dean of the Boston College School of Theology and Ministry, he is currently an editor of The Paulist Biblical Commentary.