Cardinal Tagle will head the Vatican’s new top office. What does he bring to the job?

Cardinal Tagle will head the Vatican’s new top office. What does he bring to the job? 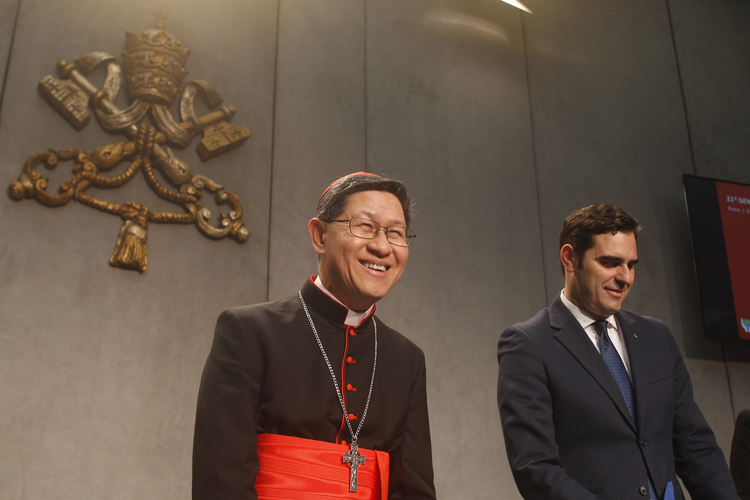 In this episode of “Inside the Vatican,” Gerry and I discuss the sudden cancellation of Archbishop Fulton Sheen’s beatification. We talk about why the beatification was postponed indefinitely, and Gerry explains what happened the last time a beatification was unexpectedly postponed.

Next, Pope Francis selected Cardinal Luis Antonio “Chito” Tagle to head the Vatican’s Congregation for the Evangelization of Peoples this weekend. The congregation, which handles evangelization in Africa, Asia and Oceania, is expected to be combined with the Pontifical Council for Promoting the New Evangelization, which has focused primarily on Europe. The merger, part of Pope Francis’ reform of the Roman curia, would make the evangelization office the Vatican’s preeminent office and mark a shift in priority from doctrine and discipline toward evangelization. On the podcast, Gerry and I talk about what Cardinal Tagle will bring to his new position.

A boy dying of cancer wanted to be buried near Pope Francis. His wish came true.
Gerard O’Connell

We end this episode with the heartwarming story of how Pope Francis visited with a young Argentinian boy who was dying of cancer throughout his last years, and how he granted the boy’s dying wish to be buried in the Vatican, near where his friend, the pope, will be buried.