The complicated history of AIDS and the Catholic Church

The complicated history of AIDS and the Catholic Church 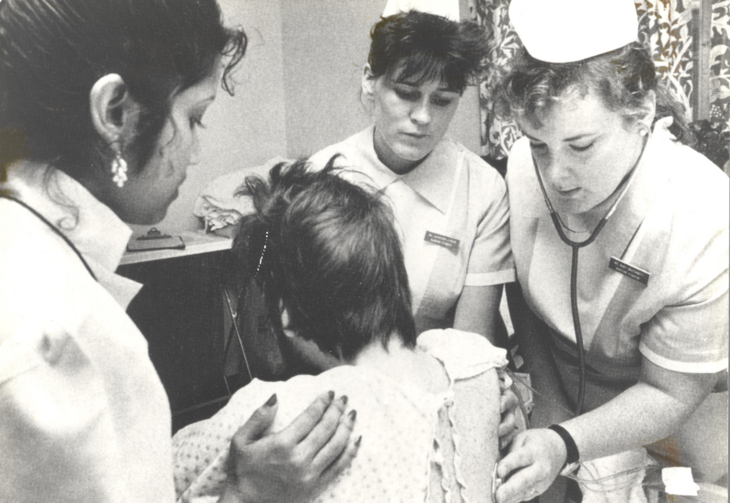 Nursing students treat a patient in the AIDS ward of Saint Vincent's Hospital in the 1980s. (Courtesy: Archives, Sisters of Charity of New York)

The story of Catholics and the AIDS epidemic in the United States is often told as one of “gays versus the church.” But the reality was much more complicated. So complicated that our colleague, Michael O’Loughlin, has spent years talking to people who lived through that harrowing period to paint a fuller picture of how Catholic patients and activists, religious sisters and bishops, hospital administrators and volunteers responded to the crisis. And now you can hear their stories in a new podcast from America Media, “Plague: Untold Stories of AIDS and the Catholic Church.”

We ask Michael how the church was a source of both healing and hurt, whether the relationship between the church and the L.G.B.T. community has changed since the height of the epidemic and what the deep faith of gay Catholics who lived through this period can teach us today.

In Signs of the Times, a Jesuit priest wants to create a less toxic gaming environment and Pope Francis wants you to set up a nativity scene. Plus, a groundbreaking new survey of Catholic employees and a Catholic school faces a lawsuit over what critics consider a racially discriminatory hair policy.

Show Comments ()
Comments are automatically closed two weeks after an article's initial publication. See our comments policy for more.
Provide feedback on this article
Join the conversation: Login or create an account
Before you can comment, you need to update your profile to include your first and last name, as required in our comments policy. Then reload this page and you'll be set up for commenting. Update your profile
Advertisement
More: Health Care / Catholic Identity