What we know (and don’t know) about life after death

What we know (and don’t know) about life after death 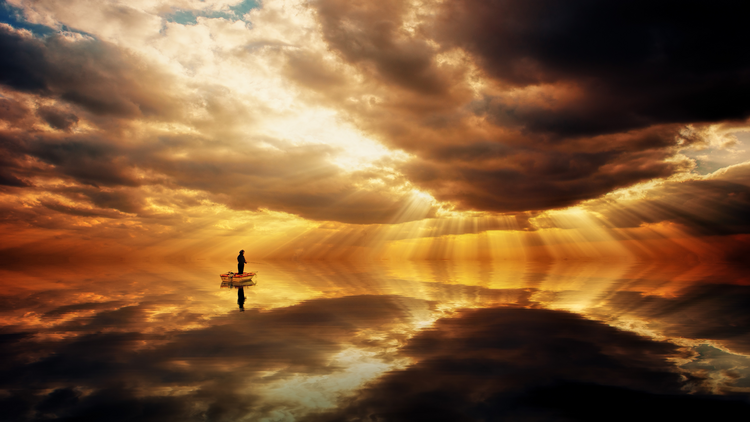 Photo by Johannes Plenio on Unsplash

We do not know what, if anything, follows after death, some would say, but Jesus clearly taught that a truer world is yet to be revealed. In his debate with the Sadducees, who denied resurrection from the dead, our Lord said:

That the dead will rise
even Moses made known in the passage about the bush,
when he called “Lord,”
the God of Abraham, the God of Isaac, and the God of Jacob;
and he is not God of the dead, but of the living,
for to him all are alive (Lk 20:37-38).

Jesus did not simply speak of a life to come. He revealed such a life and gave us a glimpse of it when he rose from the dead. So when the church proclaims and explains eternal life, she does not do so on the basis of speculation. She saw her Lord risen from the dead. He ate and drank in her company. What the church teaches about our life to come is drawn forth from her understanding of what happened to Jesus.

Jesus was glorified. In his resurrection, he was translated into a new, unimaginable existence, yet he retained the unique identity that was his before his death. Our fundamental identities will remain as well. We will recognize ourselves and those whom we have loved.

Jesus did not simply speak of a life to come. He revealed such a life and gave us a glimpse of it when he rose from the dead.

There is, however, a distinction between the glorification of the Lord and our own. In his death and resurrection, the Lord Jesus did not need to be freed from sin. We do, and we will be. For us, resurrected life also involves a laying down of all that weighs us down, the false selves we fashioned. Death drains away the dowdy.

That is the theme of what may well have been Shakespeare’s final play. In “The Tempest” the Bard created the towering figure of Prospero, a deposed duke, exiled to a lonely island, which he dominates through his magical powers. Prospero never lacks for deceits, tricks and seductions that allow him to subjugate his would-be foes. He is the everyman, writ large. In the play’s epilogue, the old man speaks some of the loveliest words ever penned. All is coming to a close, and Prospero is ready to lay down his defenses, his conceits.

Now my charms are all o’erthrown,
And what strength I have’s mine own,
Which is most faint. Now, ‘tis true,
I must be here confined by you
Or sent to Naples. Let me not,
Since I have my dukedom got,
And pardon’d the deceiver, dwell
In this bare island by your spell;
But release me from my bands
With the help of your good hands.
Gentle breath of yours my sails
Must fill, or else my project fails,
Which was to please. Now I want
Spirits to enforce, art to enchant,
And my ending is despair,
Unless I be relieved by prayer,
Which pierces so that it assaults
Mercy itself and frees all faults.
As you from crimes would pardon’d be,
Let your indulgence set me free

Scholars suggest that these may be Shakespeare’s own parting words. They easily stand alone as they make little reference to the action of the play.

What God sees when he looks upon creation
Terrance Klein

Do we live every day secure in the knowledge of the resurrection?
Michael Simone

Life is a tempest. We struggle for so long and with so little purpose for what can be surrendered in the silence of our last breath. Our defenses can die with death, our charms and seductions cease, as we humbly entrust ourselves into God’s hands.

Shakespeare has a strong Catholic sensibility. All that remains at the end of life’s drama is God’s mercy and the prayers that others offer on our behalf. “But release me from my bands/ With the help of your good hands.” Prospero asks for applause. Is Shakespeare pleading for hands folded in prayer?

My ending is despair,
Unless I be relieved by prayer,
Which pierces so that it assaults
Mercy itself and frees all faults.
As you from crimes would pardon’d be,
Let your indulgence set me free.

There is so much we do not know about the glorified life to come. We will journey there, and death will free us from porting along our burdensome defenses and fears, our shortcomings and our sins.

The great globe itself,
Yea, all which it inherit, shall dissolve
And, like this insubstantial pageant faded,
Leave not a rack behind: we are such stuff
As dreams are made on, and our little life
Is rounded with a sleep (IV.1.153-58).