What God sees when he looks upon creation 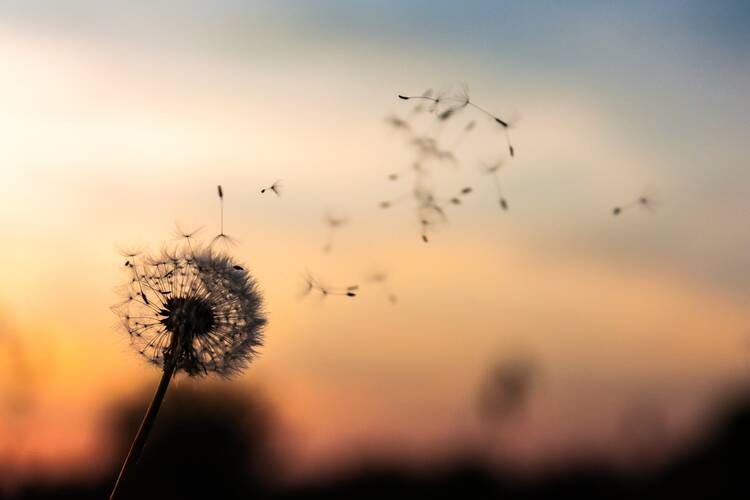 Photo by Dawid Zawiła on Unsplash

Seeing is more than taking a look. Put another way, what you see is entirely dependent upon who you are and what you are looking for. A farmer and his 9-year-old son can look out on the fields of the family farm, but the boy cannot see all of the care and concern plowed into those acres.

Two women can observe as a judge sentences an adolescent for his first criminal offense, but the mother who raised the boy sees more than the woman who served as his public defender. Seeing is more than taking a look. Who you are and what you desire determines what you see.

Seeing is more than taking a look. Who you are and what you desire determines what you see.

There is an ancient Christian writer, from the turn of the sixth century, whom we call Pseudo-Dionysius. The Eastern monk had no desire for fame, which is why his moniker bespeaks a mistaken identity. A Greek thinker in the tradition of Plato, Dionysius understood God to be the good beyond being itself. Put another way, God is not one more thing that exists, not even the largest, greatest being. God stands beyond existence.

In his deep life of prayer, Dionysius saw creation so clearly. Everything that is, everything that exists, is good because it comes from primordial goodness itself, which we call God. For Dionysius to be and to be good were one in the same, at least as all things issue from God.

The Book of Wisdom confirms the insight of Dionysius:

For you love all things that are
and loathe nothing that you have made;
for what you hated, you would not have fashioned.
And how could a thing remain, unless you willed it;
or be preserved, had it not been called forth by you?
But you spare all things, because they are yours,
O Lord and lover of souls,
for your imperishable spirit is in all things! (11:24-26).

Dionysius was not a rosy-eyed optimist. His world was as ravished by evil as our own, yet he refused to divide reality itself into good and evil. There was only goodness or the lack of goodness. Evil, in the cosmos and in ourselves, is a want of goodness, a corruption. It is as a virus in software. It does not exist in its own right—only as distortion.

God is goodness and ever sees goodness, even when God looks upon us.

Dionysius saw good in the demons themselves because he refused to grant evil a foothold in being. For him, demons are only confused, corrupted angels, still possessing great power, even beauty. Created by God, they cannot crush the aboriginal bond between goodness and being. They are the self-deceived who deceive. Put another way, demons must lie to themselves before they can delude us.

Yet what Dionysius wrote of demons is equally true of us, God’s creatures of flesh and blood.

Permanence is a property of the Good, and if the devils are not permanently evil then they are not evil by nature. Their evil consists in the lack of the angelic virtues! Therefore they do not totally lack a share of the Good, for they certainly exist and live and exercise their intelligence and have within them some stirring of desire. If they are declared to be evil, the reason lies in their weakness regarding their natural activity. Their deviation is the evil in them, their move away from what befits them. It is a privation in them, an imperfection, a powerlessness. It is a weakness, a lapse, an abandonment of the capacity they have to be perfect.

Evil’s greatest deceit is its denial of the good. We look at someone who has hurt us. We see an abundance of wickedness. Yet these are but shadows over the good that God has created in this other.

Why true prayer is a humbling experience
Terrance Klein

We live in a world that grows ever more fractious. We see other people, other political parties and other nations as our right and proper enemies. We see them as stained with evil. But then, so are we! The aboriginal lie, at the dawn of our history, cloaks the inherent goodness in others even as it blinds us to our own sin.

Our Judeo-Christian-Islamic tradition insists that God cannot be defined. God lies beyond definition. But if you would like an image of God, something to ponder and reverence in your thought, consider this: God is the one who looks upon all that is, all that he has created, and sees only goodness. In Zacchaeus the crowd saw a short-statured, shady tax collector up a tree. Christ, the Lord and lover of souls, saw his own beloved creation. He sees the same in us.

Evil is a distortion, a weakness. God is goodness and ever sees goodness, even when God looks upon us. To borrow from the Bard, the fault is not in God or in his stars but in ourselves.

According to Leibniz, this is the best of all possible worlds. God could do nothing less. The question is why is it the best?
Voltaire made fun of Leibniz's idea in Candide.

What is our Islamic tradition? The Catholic Church was established long before Islam and owes nothing to it.

Thank you, father, for writing this. I have been thinking the same thing, too. If evil still exists, then God is still sustaining them. Perhaps God, in His infinite Love, still has some other salvation plan to save the fallen angels, not leaving them to total corruption and thus total non-existence just yet. Perhaps that's why in the Bible He still gave them a chance to move into the pigs instead of into the abyss, just like how He is still giving us human race a chance, longing for all of us His beloved creations to come back to His absolute goodness. How truly marvelous and utterly patience God is... Sometimes I found myself asking how could the fallen angels reject such tremendous goodness when they already knew what it was like to be fully united to Him... I can't imagine the pain of losing that Divine Goodness. Like my beloved Singapore Archbishop used to say, the devil likes to rob people's joy because he is the saddest creature.