How the church in Australia is working to eradicate modern slavery 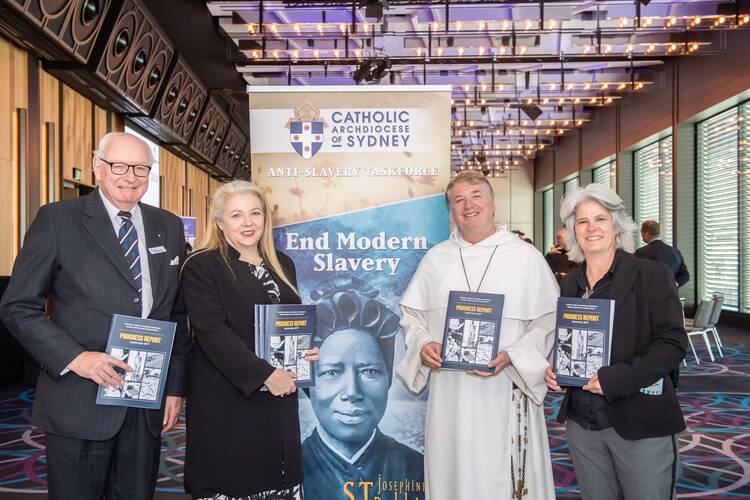 Modern slavery now entraps an estimated 40 million people around the world, 10 million of them children. Never before have so many been exploited through forced labor, child labor or human trafficking. In the United States, at least 400,000 people are enslaved, according to the latest figures from the Global Slavery Index, and in Australia the figure is 15,000.

Action against modern slavery is a mandate of Catholic social teaching. Pope Francis has described modern slavery and human trafficking as “an open wound on the body of society, a scourge upon the body of Christ and a crime against humanity.” The pope has also committed the Vatican to “slavery-proofing” all its procurement practices and supply chains. He emphasizes that buying goods is not just a commercial matter. Our purchasing habits have deep moral dimensions as well.

The existence of slavery in its modern forms continues to be a serious problem for the supply chains of Catholic entities in Australia. Today the risk that a product or service is tainted with slave labor somewhere in the supply chain occurs in almost all industries. All countries are affected.

The risk that a product or service is tainted with slave labor somewhere in the supply chain occurs in almost all industries. All countries are affected.

But under the Modern Slavery Act, large Australian entities are required each year to publish a Modern Slavery Statement in a publicly available register, reporting “on the risks of modern slavery in their operations and supply chains, and actions to address those risks.”

Australia’s population is small compared with that of the United States, but the procurement of goods and services by the church in Australia is one of the largest outside the public sector. One in five Australian children are educated in Catholic schools (approximately 800,000) and one in 10 hospital patients and elder-care residents receive care in Catholic health facilities. In addition, there are 5.1 million Australians who identify as Catholic among the national population of 25 million.

The Eradicating Modern Slavery from Catholic Supply Chains Conference, held in Sydney in July, sought to prepare and equip large Catholic entities to eradicate modern slavery and to meet the requirements of new national legislation. The conference brought together representatives from 40 Catholic dioceses and organizations in the health, elder care, education and welfare sectors from across the nation.

This conference provided an opportunity to review the results of a modern slavery risk analysis conducted on suppliers representing more than $2 billion of spending (in Australian dollars) by 23 Catholic entities. The analysis covered five key areas: customers and stakeholders; human resources and recruitment; procurement and supply chain; risk management; and management systems.

These recommended plans of action are placing the Catholic Church in Australia at the forefront of efforts to eradicate modern slavery nationally and globally by 2030.

The results provided a sober reminder of how much work lies ahead, not only for Catholic entities, but for the wider Australian community: Seventy-five percent of those surveyed reported significant spending with a high exposure to the potential risk of modern slavery.Most notably, the results represented $685 million in the building and construction sector and $555 million in the field of medical supplies.

These recommended plans of action are placing the Catholic Church in Australia at the forefront of efforts to eradicate modern slavery nationally and globally by 2030. That makes Catholic anti-slavery work in Australia significant for Rome and for bishops’ conferences worldwide in the years to come.

The words of the British anti-slavery advocate William Wilberforce are newly relevant for Catholic leadership: “You may choose to look the other way, but you can never say again that you did not know.”

Australian Catholics believe with Pope Francis that our world must not tolerate yet another generation being shackled in modern slavery. The Holy Father is firm and consistent in his belief that we will be victorious over modern slavery and human trafficking. He exhorts the contemporary world and the contemporary church to provide the collective will and organization to defeat modern slavery in all its manifestations in this generation. Without a doubt, this is one of the most inspiring visions of freedom in our time. 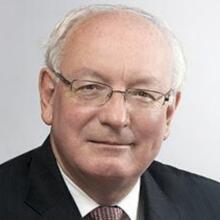 John McCarthy, Q.C., a former ambassador to the Holy See (2012-16) from Australia, is the chair of the Anti-Slavery Taskforce of the Archdiocese of Sydney.

Human beings are made in the image and likeness of the divine - declare Holy Scriptures. How come slavery is still rampant in the world? Who will bell the cat?

In Australia, the only slavery equivalent I have come across in more than 50 years of clinical experience has been within the Pakistani Muslim community as a matter of course and amongst mainland Chinese who have been financed to come here and are held in bondage by the debt.

These virtue signalling people would do well to focus their attention on the above issues.
The application of first world luxury thinking to other places operating under very different circumstances is inappropriate, shallow political correctness thinking.

We can start by making sure each family gets a tax supported wag adequate to its size. Employee ownership too.