Why true prayer is a humbling experience

Why true prayer is a humbling experience 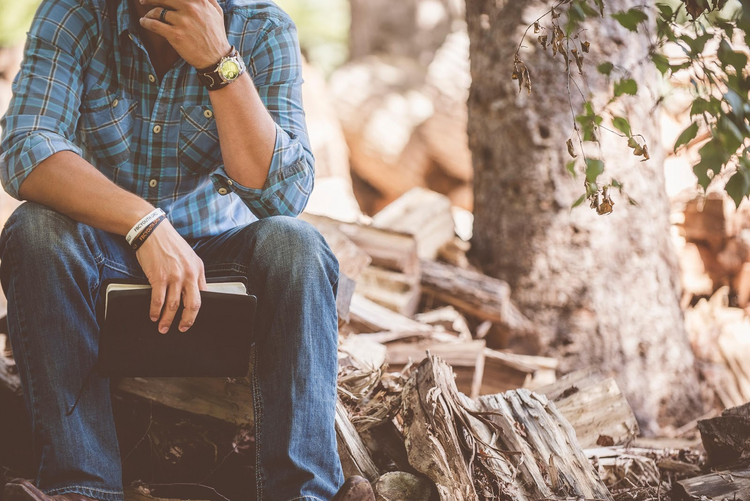 Photo by Ben White on Unsplash

Charles, a brilliant history major in his senior year, tells Tom, his academic mentor, that he has decided to enter a divinity school. With no little empathy for the young man, his professor responds, candidly linking faith to prayer.

“I have never been certain about faith. I expect the same enlightenment of it that I expect from study. But, even when I pray, I still see things in the world I don’t understand. [Father] Martin tells me I should stop assuming God is so like me. He says the challenge is not to understand, but merely to believe that all things are understandable.”

Charles felt pale. “I think,” he said and cleared his throat. “I think that may be how I feel.”

The scene is from The Dearly Beloved (2019), Cara Wall’s perceptive novel about modern Christians, who struggle with faith and prayer.

Do you pray? Have you forgotten how to pray? Do you sometimes wonder if you ever learned how to pray? Is your prayer more than an act of wishing? Does it go something like, “Oh God, if there is a God, please let this happen or not happen?” Even unbelievers engage in wishful thinking. Does it become prayer simply because you begin by halfheartedly invoking God?

Aristotle said that we are what we do the most. So the question is, are you a praying person? One of the most beautifully developed parts of the catechism is devoted to prayer. It speaks of five forms of prayer: blessing and adoration, prayer of petition, prayer of intercession for another, prayer of thanksgiving, and prayer of praise.

Are these forms of prayer a part of your life? The catechism adds:

The Eucharist contains and expresses all forms of prayer: it is “the pure offering” of the whole Body of Christ to the glory of God’s name and, according to the traditions of East and West, it is the “sacrifice of praise.” (No. 2643).

Yet many people who still call themselves Christians have abandoned the Eucharist. How do they square this with the Lord’s explicit command “to do this in memory of me?”

Do you sometimes wonder if you ever learned how to pray? Is your prayer more than an act of wishing?

Aristotle was, as usual, quite right. If we don’t pray, we stop being a praying people. Unaccustomed to prayer, we encounter the Eucharist as ceremony, obligation and edification. We don’t really experience ourselves as those who are transported into the Kingdom of God, standing before the Altar of the Lamb. How different would our church be—how different would we be—if we prayed?

Why don’t we pray? Because real prayer frightens us. It makes us wonder if there really is a God, who is listening when we pause and pray. Prayer itself is a test of faith. Too often, we’d rather keep running than turn and face our fear that there is no God.

Why don’t we pray? Because we don’t want to surrender control. When we pray, we give away our time. We don’t know what, if anything, will happen. Time is all we’ve got as we race through life. Who wants to waste it?

Why don’t we pray? Because we don’t want to surrender control. When we pray, we give away our time. We don’t know what, if anything, will happen.

Why don’t we pray? Because, although it isn’t our intention, in prayer we also confront ourselves. And that’s always a frightening, demanding experience. We come to pray, worrying that God isn’t there, yet we begin to notice all sorts of things about ourselves that need to change, areas where we need to grow. We don’t see the Holy Spirit, but we’ve learned to be wary of his touch.

Why don’t we pray? Because we don’t want to be humble. Prayer is a frightening loss of control, in which we are forced to confront ourselves. It’s a profoundly humbling experience. Yet the Scriptures assure us that it only works if we are humble.

The prayer of the lowly pierces the clouds;

it does not rest till it reaches its goal,

nor will it withdraw till the Most High responds,

judges justly and affirms the right,

Note that Sirach doesn’t say that humility gets petitions answered. The promise is that God is present to the humble when they pray.

When prayer is difficult, God invites us to keep showing up
James Martin, S.J.

Prayer is not a burden. It is a way to rest.
James Martin, S.J.

For whoever exalts himself will be humbled,

A bit later in the novel, Ms. Wall offers an astute image of prayer when Lily, an intelligent and unbelieving woman who will become his wife, asks Charles,

“Yes.” Before prayer, his life had unfolded in a place of hard study and debate, where men believed in the power of their minds. Prayer gave him a respite from that skepticism, a way to ask for comfort.

“Mostly, I sit quietly. I ask for help in thought, clarity of understanding. I try to see beyond whatever obstacle I’m experiencing. I ask to see the possibility of its resolution. I know I can’t find all the answers, but I think they’re out there.” Through prayer he had seen, immediately, how much easier life was when he had faith.