I used to live on the streets. Then I found the Spiritual Exercises.

I used to live on the streets. Then I found the Spiritual Exercises. 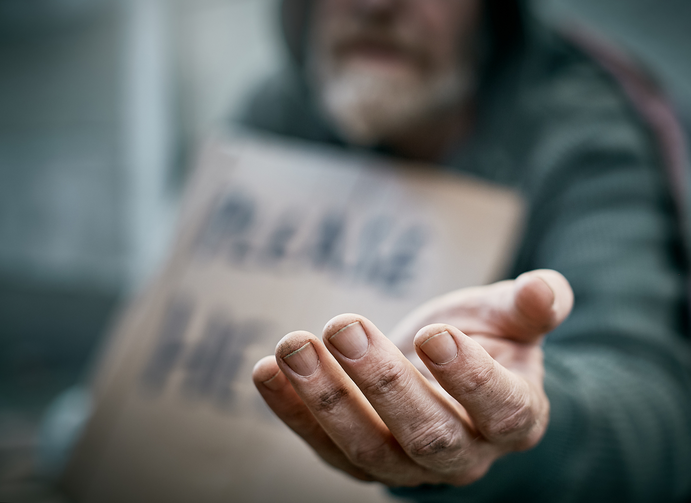 photo from iStock by RedEye

Not so long ago, addicted to drugs and alcohol, I lived life on freight trains and street corners. I would go months without ever crossing the threshold of a door of any kind. For three years, subsisting out of garbage cans was my main occupation, whether I was on a search for food and water or for bottles and cans to be cashed in at the local recycling yard. It was not uncommon for me to appear with a shopping cart, barefoot with the pockets of my pants turned inside out, navigating the urban alleyways or crowded, star-studded sidewalks of Hollywood Boulevard.

I was dangerously defiant, growing accustomed to wearing mace like a cologone—a badge of honor. I welcomed the many trips to county jail as a little reprieve from the streets. In jail, I could be assured of meals, clean blankets and enough rest to patch my mind and body back together. Soon enough I would be back on the streets. Sleeping repeatedly on concrete has a strange effect and feeling—like marrow being sucked from the bone.

I welcomed the many trips to county jail as a little reprieve from the streets.

Often, the only language that could convey the hurt I experienced was tears, weeping-shouting at the world from atop the podium of a freeway overpass. I was intimately aware of God’s presence, yet unwilling to surrender to his call. I was still not done. Too afraid to kill myself, I was reduced to living as if I didn’t care to live or die.

I learned later that God often works with humans the same way he does with forests. Sometimes living things must burn to the ground for there to be a new season of healthy growth.

And surrender I finally did. I could not possibly fathom continuing life in the direction I was going. I felt death surrounding me on every corner, and I knew I needed change. For the first time, while climbing down off a freight train in western Texas, I committed to giving my life to God. No longer was I just acknowledging God, I was now ready to allow him into my life and to direct all of my actions.

Sometimes living things must burn to the ground for there to be a new season of healthy growth.

Dolores Mission is a Jesuit parish located in the Boyle Heights neighborhood of East Los Angeles. Every afternoon, they open up their doors to roughly 60 homeless individuals, providing dinner, a safe place to sleep and breakfast in the morning.

I learned about Dolores Mission two months into my sobriety. At that time I was still sleeping on the streets. Long before sunrise, I would gather at Carecen, a day labor center located in a Home Depot parking lot. Sometimes upwards of 50 people, primarily Central American immigrants, would converge on the lot in hopes of getting work that day.

The Spanish term for day-laborer is jornalero. Being a jornalero isa way of life. Food venders lined the sidewalks surrounding the parking lot, selling to workers hearty breakfasts of eggs, tamales, arroz con leche and many other dishes. This scene would continue all through lunch and dinner. The culture I had found myself in the midst of, filled with kind and loving people, compassionate and giving, gave me hope. Most important, I felt for the first time in a long time like I was part of a community.

That night, after lights out, laying safely in that worn, green army cot, I heard for the first time that still small voice calling me home.

It was here, among friends, that I learned of Dolores Mission. My first night at the mission, I knew I had landed in a very special place. The staff treated us with dignity as we placed our cots among the pews. The altar was pushed aside to make space for more tired bodies. That night, after lights out, laying safely in that worn, green army cot, surrounded by the sounds and smells of sleeping men, the warm glow of votive candles reflecting off the wall, I heard and welcomed for the first time that still small voice calling me home.

My journey home has been a long one. It has allowed me to stop running, mostly from myself. Home today is where I grew up, St. Paul, Minn. When I arrived here, still homeless, one of the first things I did was seek out a Jesuit church, Saint Thomas More. My time spent at Dolores Mission had lit a fire inside me. I was hungry for a deeper faith experience, and I have unquestionably found that at my new parish. In 2018, I went through the Rite of Christian Initiation of Adults and was welcomed into the Catholic Church.

Up until that point, I had seen Jesus as burdensome, a distraction in my approach toward God.

This past year, after completing the the Spiritual Exercises according to the 18th annotation, I realized my relationship with Christ had been transformed. I had opened a door to an intimacy with someone I had always kept at arm’s reach. Up until that point, I had seen Jesus as burdensome, a distraction in my approach toward God. I had been aware of Christ but was unaware of how to be with Christ. Ignatian spirituality has changed all that.

I have a vibrant prayer life today, thanks in large part to the wise spiritual direction I have received. I seek out Christ in all things. I know I am loved beyond compare, forgiven and relieved of despair. I have been given a new life infused with purpose. I am able to use my past experiences of hardship to connect with others who are drowning in the same turbulent waters of life I had once been pulled from.

I use my experience to connect with others who are drowning in the same turbulent waters of life I had once been pulled from.

Hearing about my journey with addiction, my pastor at Saint Thomas More steered me in the direction of the Ignatian Spirituality Project. I.S.P. is a Jesuit-sponsored ministry located in 30 cities across North America and Ireland that provides overnight spiritual retreats for individuals dealing with homelessness and addiction. The goal is to nurture and at times introduce a relationship with God. That relationship can allow addicts and alcoholics to overcome their addiction. Some of them go on to live a life recovered from the horrors often associated with a life lived on the streets.

I attended my first retreat as a “witness.” As a witness, I was able to share my story with the other retreatants in an attempt to shed light and hope into the lives of those who so often drown alone in darkness. When I share my life with others who have had many of the same experiences as me, I can begin to chip away at the defenses they put in place over years of life on the street. I am able to plant the seeds of new life, a life made attainable through a relationship with God. Talking about the hardship I experienced can bring healing to myself as well as others.

Four years ago, the word Jesuit was not in my vocabulary. I was largely unfamiliar with the Catholic Church, estranged from my family and sleeping in alleys. Today, my mother (who was received into the Catholic Church last year), father, aunt and uncle, and I, along with numerous friends, worship together at Saint Thomas More. I am spiritually fed through Ignatian spirituality and embark on a life free of fear and shame from my past. I have learned to serve Christ by serving others. I have learned to listen and take instruction, for I have been told: “One does not reach bottom until they put down their shovel.” When I finally put down my shovel, I was ready to be of service.

This is a magnificent testimonial! God bless and keep you, and thank you for writing it!

Andrew LaBarre salutations to the Divinity within you. You have been seeking the spirit with chemicals but they only shock our system into a mental high. I am glad you found the spirit which is beyond the mind. 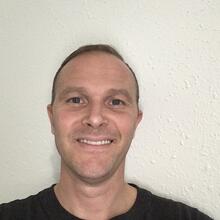 Andrew LaBarre lives in St. Paul, Minn, where, among other things, he writes poetry and works with those in recovery.