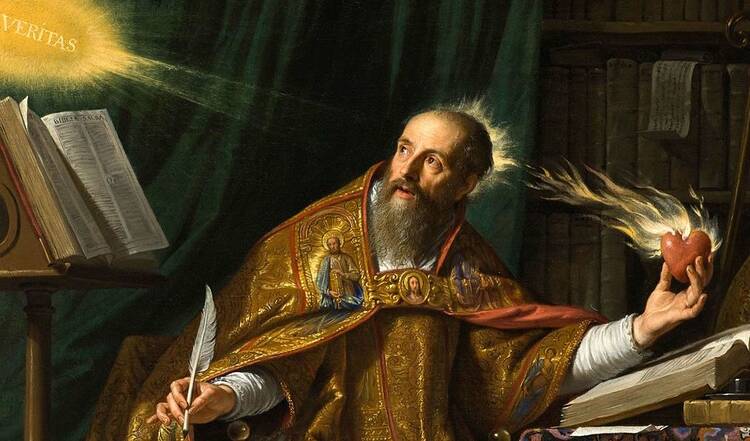 Forget what you think you know about Saint Augustine. Maybe you only know the cities that take his name, or you had a tough experience in your introduction to philosophy class and found him medieval (in the pejorative sense) and scrupulous.

But what if Augustine was actually the first to hone in on and clearly express our human desire for authenticity, that restlessness that all of us have felt at one point in our lives? What if, “Augustine might make Christianity believable for you even if you’ve heard it all, been there, done that, and left the stupid Christian t-shirt at home.”

James K.A. Smith is not the first to write a book explaining Augustine’s relatability, but he is perhaps the best at communicating it. This week we talk to Smith about his new book On the Road with St. Augustine: A Real World Spirituality for Restless Hearts.

In Signs of the Times we preview the upcoming Synod for the Amazon region and talk about how the Vatican marked the World Day of Migrants and Refugees. We also look at one of Philadelphia’s newest permanent deacons: longtime NBA referee Steve Javie. Oh, and it’s not every day that a friend and coworker sits down with Pope Francis for 30 minutes. James Martin, S.J., did just that this week.

On the Road with Saint Augustine
Refugee advocates decry Trump administration’s plan to cut refugee cap
Pope Francis reminds Christians that migrants and refugees should be welcomed around the world
Synod for the Amazon
Pope Francis meets with Father James Martin in private audience
He Was the NBA’s Best Ref. Then He Went to a Catholic Seminary.
Image Journal

To quote our guest this week: “Negroni in the summer, Manhattan in the winter. Does that mean a Boulevardier for the fall?!”