Malcolm Gladwell talks casuistry and Catholicism with the hosts of Jesuitical

Malcolm Gladwell talks casuistry and Catholicism with the hosts of Jesuitical 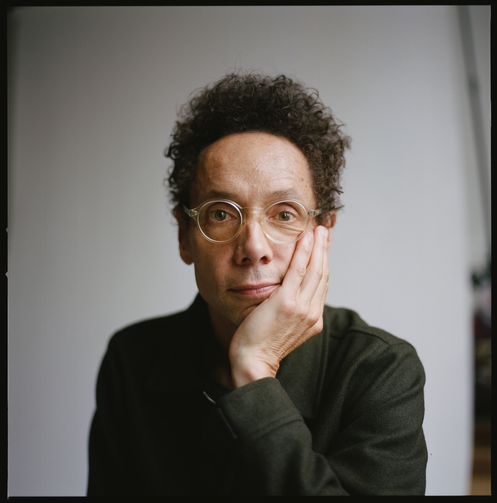 Malcolm Gladwell is a staff writer for The New Yorker, the author of several best-selling books and the host of the podcast “Revisionist History.” In a three-part series on the podcast, he takes a deep dive into the philosophical tradition of St. Ignatius Loyola, exploring the unexpected ways it can be applied today. Mr. Gladwell recently joined the hosts of “Jesuitical,” a podcast for young Catholics produced by America Media, for a conversation about his experience thinking like a Jesuit. This interview has been edited for length and clarity.

I remember running across some references to the revival of casuistry in the field of medical ethics and thinking that was really interesting. And then I just did some reading on it. I think that is how it started. But my method of coming up with ideas is very chaotic.

You talk about the fact that we are very bad at figuring out novel problems, and you think that the way that Jesuits think about problems—a way of thinking called casuistry—could help us today. What is casuistry?

Casuistry is a method of moral reasoning pioneered by Jesuit thinkers, beginning with St. Ignatius 500 years ago, which proceeds on a case-by-case basis, which says that as opposed to approaching a problem with a set of broad principles, one should approach a problem on its own. Start with the specifics and then move from the specifics to a more general understanding. So it’s a way of considering new kinds of problems on their own merits.

And this is in contrast to…?

Normally one would assume that an intellectual approach to something begins with a set of principles, with a set of general rules or a philosophy that guide the way one investigates the problem at hand. But, for example, in the medical context—where casuistry in recent years has come back into vogue—casuistry means that you don’t approach a patient with a set of principles, such as “I am interested in supporting this patient's autonomy” or “I am interested in respecting this patient's privacy.” Instead, before I pursue any of those general goals, I am going to find out exactly what is going on in the life and heart and mind of the patient, because maybe those general principles won’t help you at all. It’s all about understanding the nature of the problem that I am facing.

[Casuistry] is all about understanding the nature of the problem that I am facing.

You interviewed our colleague, James Martin, S.J., on your podcast. What made you interested in him, and where did you see him using casuistry?

I give this example in my first podcast [in the series]: He was applying it to the way the church approaches the gay and lesbian community. He told me the story of how he was concerned after the Pulse nightclub shooting in Orlando that the church leadership had not responded appropriately. And he used a very casuistical argument, I thought, to explain why the church could be far more welcoming to that particular community, even though there is an explicit teaching of the church that is not necessarily entirely open to that community.

Why Malcolm Gladwell wants to think like a Jesuit
Ashley McKinless

So he was asking: What do you do with a group of people who are Catholics but might fall afoul of certain teachings of the church? And by using a casuistical argument, he said there is a very clear moral direction we can take here, where we can reach out to and console this community without in any way contradicting our position within church teaching. I thought it was a very— what’s the right word? He was very clever, but it was more than clever. It was using cleverness as a route to a morally profound conclusion.

And that is an effort to be pastoral, right?

It was, and I loved that. I just thought there was a kind of beautiful illustration of how we can reach out to people with whom we may have differences and still meet them face to face.

Jesuits are often disliked or mistrusted for this way of proceeding. Why do you think that is? Are there risks in using this type of moral reasoning?

Casuistry got a bad name in the 17th century. There was a feeling among some Catholic theologians that people were taking this kind of reasoning too far. If you are just going to use it to be cynical and clever, casuistry can be used to justify nearly anything. So like any kind of moral reasoning, it can be abused.

It does require some degree of moral rigor on the part of the person practicing it. If you are going to say, “Let’s set our general principles aside and proceed on a case-by-case basis,” that is calling for a certain kind of responsibility on the part of the moral practitioner.

One thing that struck me in the podcast is a very stark line you draw between casuistry and principles. I think most Jesuit priests would say they do have fundamental principles that they keep and are not ready to disregard just because it does not work in some case studies.

You described yourself as a “wannabe” Catholic. Did your research into the Jesuits change your perception of the church or your own religious perspective?

I am favorably disposed toward institutionalized religion. I come from a very religious background, and I have been a little alarmed recently in that I feel like some of the struggles that the church has gone through with various scandals have permitted people to engage in what I think is fairly called anti-Catholic bigotry. Or people have dismissed the church or reduced the church to this single issue and have forgotten that the Catholic Church is a very large, long-lived, multifaceted institution, and anything that big is going to have problems from time to time. But that does not cancel all the good that it does. So I thought it was a useful exercise in reminding people that this is a large and wonderful and powerful church, and we shouldn’t focus solely on the particular problem the church is going through now.

A great description of Jesuit casuistry.. we can certainly use this in today's polarized world. Wonderful to relate that a great writer like Gladwell can distinguish between the benefits of institutional religion and it's sorry monarchy.

Some historians of moral philosophy and theology postulate that the casuist tradition effectively overshadowed the virtue tradition resulting in the diminishment of the influence of virtue as ideal moral behavior. If true, I would count this on the loss side of the ledger of Christian cultural developments.

This article also appeared in print, under the headline “Malcolm Gladwell wants to think like a Jesuit,” in the October 28, 2019, issue.