The Gospel according to ‘Game of Thrones’

The Gospel according to ‘Game of Thrones’ 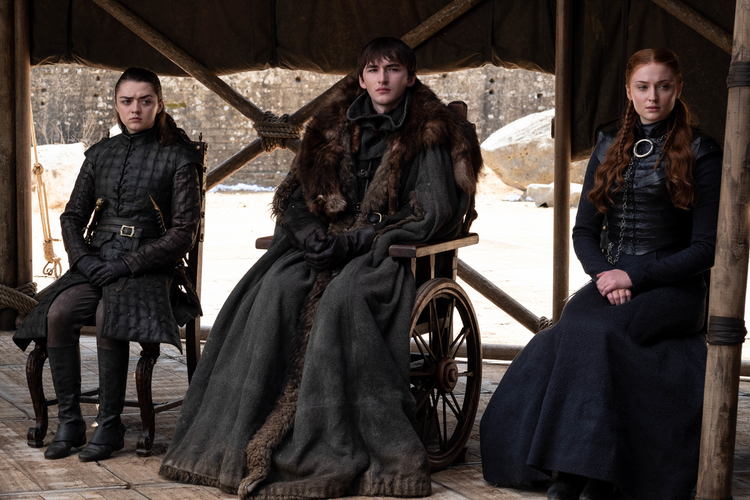 Cersei Lannister is the usurper queen of the Seven Kingdoms. She has two brothers, Jamie Lannister, called the Kingslayer, and the dwarf Tyrion Lannister. But, of course, you know all of this unless you are more removed from civilization than, say, the Starks of Winterfell or the White Walkers who roam beyond the wall.

If you are clueless about all of this, devotees of “Game of Thrones”—and they are legion—might consider you as uncouth as a drunken Dothraki warrior. But take heart because, if you are a faithful Christian, you are already engaged in a historical struggle ever so much the grander than any clash of dynasties.

“Game of Thrones,” the HBO adaptation of George R. R. Martin’s medieval fantasy series, is an epic dramatic struggle between the forces of good and evil. To the credit of the show’s eight seasons, it has often been difficult to know who was winning and who was not. Sometimes it was a struggle to settle upon who was good and who was bad. At times you could only see who was bad and who was even worse. Circumstances shifted, and people changed. The only constant was that the powerful oppressed the weak. That remained true even when the weak became the powerful.

If you are a faithful Christian, you are already engaged in a historical struggle ever so much the grander than any clash of dynasties.

If this explains the television series to the culturally clueless, it also explains the Christian faith to the spiritually impoverished. “Game of Thrones” is a terrific drama, played out in fictional history. Christianity’s core claim is that history itself is a great drama, an epic struggle between light and darkness.

You might not immediately learn this by asking the average believer to explain the Christian faith. Instead, you are likely to listen to a list of teachings, called doctrines, which are to be believed without evidence, and moral precepts, which are to be observed solely on the authority of those who promulgate them.

Yet the core of the Christian faith is that good and evil are at war and have been for as far back as memory goes. Scholars call this “salvation history,” but ordinary people know it as the ongoing, daily struggle between right and wrong, one that surges around and within every human being. Moreover, just as in “Game of Thrones,” in the real world it is hard to know who is what and which side is winning. Good and evil are entwined in a violent vortex. The sole constant is that the powerful continue to oppress the weak.

“Game of Thrones” is a terrific drama, played out in fictional history. Christianity’s core claim is that history itself is a great drama, an epic struggle between light and darkness.

When challenged, most Christians will also be rather weak in their explication of the great historical events at the heart of their own movement. They might say something like this:

Christ died and then rose from the grave, defeating the powers of darkness and death. Then he went away to his Father, apparently leaving us in the midst of those powers, who are still quite evil and truly oppressive. But we have been given a Holy Spirit, who leads our struggle, and Christ will come again at the end of time.

Those outside the faith have every right and reason to ask: What do you mean that Christ has defeated evil but left you and the rest of us to suffer it, with no more than an invisible protector and a promise of return?

The finale of “Game of Thrones” is rather profound—and rooted in the Gospel.

This is where the finale of “Game of Thrones” is rather profound—and rooted in the Gospel. Through 73 episodes and the course of countless battles, Daenerys Targaryen has risen from being an oppressed girl (and isn’t that the lowest rung of those wronged?) to become:

Daenerys of the House Targaryen, the First of Her Name, The Unburnt, Queen of the Andals, the Rhoynar and the First Men, Queen of Meereen, Khaleesi of the Great Grass Sea, Protector of the Realm, Lady Regent of the Seven Kingdoms, Breaker of Chains and Mother of Dragons.

Yet at the apex of her power, Daenerys succumbs to its lure. She begins to believe that her vision of good and evil is, by virtue of her power, the only possible version. Her general, Jon Snow, truly loves her. Of all the characters in this saga, he is the slowest to takes sides. Yet when he sees a growing evil that he cannot ignore, he strikes. He takes Queen Daenerys into his arms, kisses her passionately and then thrusts a dagger into her heart.

As a celibate, ascetic warrior of the Night’s Watch, the Knights Templar of this tale, Jon had always been taught that “love is the death of duty.” But in the end, he sacrifices his future and his love in the pursuit—not the possession—of the good, accepting Tyrion’s claim that “duty is the death of love.”

The final challenge of ‘Game of Thrones’: ‘We need to find a better way’
Jim McDermott

Why did Christ conquer death and evil and then leave us to their merciless might? What does that even mean? It means that Christ came into our epic struggle not to end it by a single act of power but rather by a solitary act of love to set in motion the only power that can truly be the end of evil.

If Christ conquered evil, why didn’t he remain and rule? Because Christ wants more than to subdue evil. He wants to eliminate it by the outpouring of its counterpart, love. Christ appears to withdraw from us, but he remains as the innocent victim, who succumbed to the hoary heart of evil only to live on in the righteousness of resurrection. He calls us to himself, to life itself, by the sheer beauty and innocence of his true love.

Christ can conquer us, or we can love him. But Christ is creator, not conqueror. He created us in love. He created us for love. In the great drama that we call history, we chose something less than love, and thus we invited death and evil into the world. Duty demands that we should suffer our self-wrought consequences. But the Gospel tells us that in Jesus, love is the very death of duty.

When we read, "Christianity’s core claim is that history itself is a great drama, an epic struggle between light and darkness", have we not gone a bit too far and crossed over into a discussion of Zoroastrian teachings and Manichaeism?

The Jesuit idea of Christianity, what it means to be Christian, always seems to be corrupted - not enough to reject it outright, but corrupt nevertheless. In this case, Jon kills Daenerys, good defeats evil, and this is somehow Christian.

After reading this, one doesn't wonder why the current Church is receding at a fast pace. One knows why. If this passes as theology, God help us. Pray that He will.

As an aside, the current Church in Rome is promoting a world government. If ever there could be a source of universal corruption that would be it. Also Fr. Klein is on record as against the US constitution.

Jesus spoke in parables. Some great works of literature are allegories. It is the Jesuit perspective to see God in all things. Fr. Klein has a knack for bringing theological insights to people who might not otherwise come to them, meeting them where they are. I applaud him for this.

P.S. The unsubstantiated claim about the U. S. Constitution is not only irrelevant to this discussion but smacks of McCarthyism.

According to the mission/purpose statement of this website, “America Media leads the conversation about faith and culture by producing excellent, unique, relevant and accessible content...” This is what this article is doing. Game of Thrones was seen by millions of everyday people including people of faith and Catholics, it is a part of our culture and therefore worthy of a Catholic professional to think about and write an opinion piece on the matter and that’s what this is. If you are looking for scholarly, well-reasoned articles about a writing of the Doctors of the Church or some Catholic text of some sort maybe you should search the internet for that kind of website or take an on-line course. You could actually participate with others who would actually debate your thinking rather than just comments. What is debatable is whether they are really a "leader" or "excellent"?

The institutional Roman Catholic Church and its organizations has always more or less been against all forms of human government that doesn't recognize the Christian God as the foremost authority to its existence. This is what they call a prophetic voice or a voice of contradiction in recent years. Many popes, cardinals, bishops and curia would love to have another Holy Roman Empire back reigning on this earth in my estimation. It would be a failure just as their efforts to force by law their thinking on others. They should stick to spiritual matters that have to do with evangelizing and persuading and bringing others to following Jesus Christ as really worthwhile and then maybe the world could be a better place to live.

If the Christian story of salvation history is one of an epic battle between good and evil, it might as well be called “the game is thrown.” Does not the eschatological dimension of Christian theology tell us that victory will be—and already is—God’s? Human beings may be caught in a terrestrial struggle between good and evil, but the nature of Christian hope is that the universe is governed by providence and headed toward the New Jerusalem.

I find it laughable that in this article I am called “culturally clueless” because I read, play the piano, cycle, kayak, and run a symphony orchestra rather than keeping up with Game of Thrones—but the very same email that brings me this article also brings me twenty-year-old broadside on why women must be excluded from priestly ministry. Talk about culturally clueless!