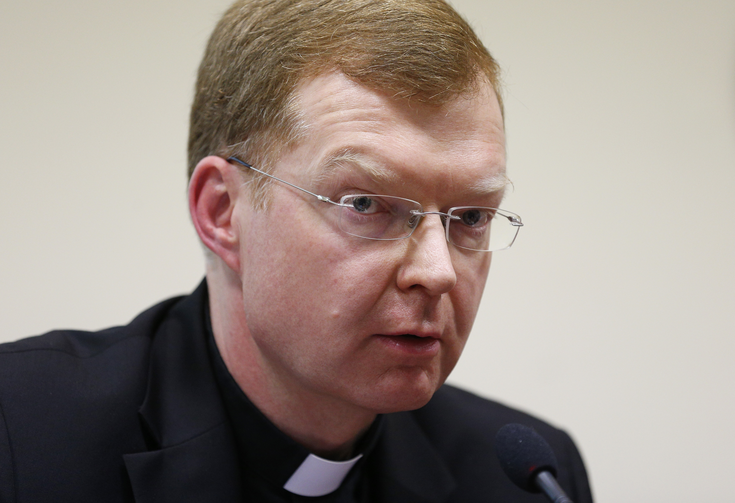 Jesuit Father Hans Zollner, a professor of psychology and president of the Centre for Child Protection at the Pontifical Gregorian University in Rome, is pictured in a 2015 photo. (CNS photo/Paul Haring)

Hans Zollner, S.J., has dedicated his life to protecting children from the horrific crime of sexual abuse. A psychologist and Jesuit priest, he has guided the church’s efforts to bring healing to survivors and to prevent such abuse from happening again. Father Zollner meets regularly with survivors and as one of the organizers of the Vatican summit on sexual abuse in February helped to lift up their voices.

We spoke to Father Zollner back in March and asked him what concrete steps need to be taken after the summit, how hearing from survivors has shaped his perspective and how he maintains his own spiritual and mental health.

In Signs of the Times, we discuss the new rules for reporting sexual abuse issued by Pope Francis as well as the pope’s remarks on the possibility of women deacons. Plus: the cardinal who went down a manhole to restore power to a homeless shelter, Asia Bibi finally joins her family in Canada and Louis Farrakhan makes anti-Semitic remarks in a Catholic Church.

You can share your thoughts about the show in our Facebook group, and if you want to support the work we’re doing, please consider becoming a member of Jesuitical’s Patreon community.

Children - they are the joy of families, communities, societies and the Planet.