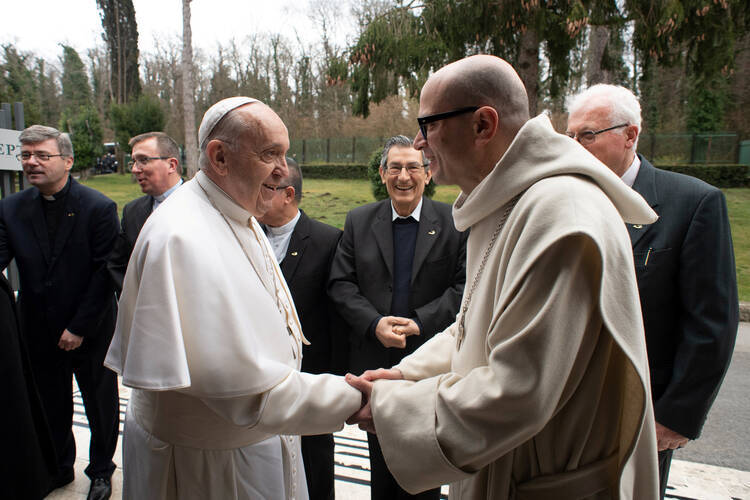 (RNS) — The cardinals who voted in conclave to elect Pope Francis did so hoping he would reform the scandal-plagued Vatican Curia and make it more responsive to the concerns of the universal church. Six years later, his Curia reform proposals are reportedly to be promulgated at the end of June, although they will probably be leaked earlier. Will they satisfy the critics of the governing body?

Reforming the Vatican Curia has been a constant topic since the Second Vatican Council ended in 1965. The Curia has been accused of being inefficient, Byzantine, dictatorial, and out of touch with the needs of ordinary Catholics. On top of that, it has been plagued by financial and sexual scandals.

Popes have rolled out reforms, but they have had little impact.

Paul VI did the most in the years following Vatican II, by requiring heads of Curia offices to submit their resignations at age 75 and by forcing bishops and cardinals off the congregations (the committees of cardinals and bishops that supervise the work of Vatican offices) when they reach 80.

The Curia has been accused of being inefficient, Byzantine, dictatorial, and out of touch with the needs of ordinary Catholics.

He also created new offices, in response to the council’s priorities, for dialogue with other Christian churches and with other religions. He created another office to focus on issues of justice and peace. Later popes added offices to deal with their pet projects.

Francis made some initial changes in the Curia when he became pope, merging some of the post-Vatican II offices so that fewer people report directly to him. He also combined the various media offices, but because of ineffectual leadership, the merger threw Vatican communications into chaos.

Perhaps Pope Francis’ greatest impact has been on the culture of the Curia, rather than its structure.

Perhaps his greatest impact has been on the culture of the Curia, rather than its structure. His constant emphasis on service and listening has changed how Curia officials interact with visiting bishops. In the past, 55 minutes of an hour-long meeting would be devoted to Curia officials lecturing the bishops. Now, more time is given to listening to the bishops’ concerns.

The new reform proposals, however, are being presented as a comprehensive reform of church structures. Here are three questions to ask in evaluating these reforms.

Does the reform convert the Vatican from a court to a civil service?

The Vatican is still organized as an 18th-century royal court where princes (cardinals) and nobles (bishops) help the king (pope) govern the nation (church). The problem with such a structure is that you can’t fire princes and nobles when they prove incompetent. The church needs a competent civil service, not a court.

I have argued in the past that Curia officials should not be bishops or cardinals, which creates the impression that they are middle management between the bishops and the pope. Rather, they should be priests and laypersons, with expertise in their area of responsibility. As such, it would be clear they are not part of the magisterium. Rather, they are servants of the pope and the college of bishops. They are staff, not rulers.

Does the reform foster decentralization?

What decisions currently made in the Vatican will now be made at the diocesan or episcopal conference level? For example, more than two decades ago, the English-speaking conferences of bishops developed a very good translation of the liturgy, which was vetoed by Rome. The Vatican then forced the bishops to accept the terrible translation we have today. If the Vatican does not give up its stranglehold on this kind of decision-making, the new reforms will be meaningless. If every important decision must be reviewed by Rome, then things have not changed.

In the past, so-called progressives have pushed for decentralization and traditionalists have promoted papal power. Will this change now that progressives like the pope and traditionalists question his policies? It will take another five years before enough of the old guard retire and the U.S. Conference of Catholic Bishops catches up with Pope Francis. In the meantime, do progressives want to give it more power?

Does the reform move the Vatican toward separating executive, legislative and judicial powers?

Because the Vatican is modeled on an absolute monarchy, there is no separation of powers. Today, Curia offices make the rules, police the rules and pass judgment on those who violate the rules.

A separation of powers would mean giving more authority to the synod of bishops, making it more like a real legislature. Perhaps the synod could have standing committees that would replace the committees of cardinals that make up Vatican congregations.

The Vatican also needs a separate department of justice to investigate and prosecute canonical crimes, whether they be sexual, financial or otherwise. The accused should be tried before an independent judiciary.

I expect, unfortunately, that the answers to all my questions will be “no.” Although I love Francis, I expect to be disappointed by his reform proposals. Francis is a pastor, not a management expert. In addition, there are strong opponents of reform in the Curia. Some of the boxes on the organizational chart will be moved around, but it will make little difference.

Finally, all of us who propose reforms need to do so with humility. Social science and experience warn us that every reform has unanticipated consequences. That is why the church has tended to muddle through with incremental change rather than real revolution. On the other hand, incremental change will not deal with the issues facing the church today. More is needed.

"incremental change will not deal with the issues facing the church today"---- you got that right! for a criminal church you need judicial solutions--by the laity!

It would have taken a younger, more energetic pope than the one we've got. Also, perhaps it should have been a rebel from the midst of the Roman Curia itself. However, if the Roman Curia is not reformed in the way Father Reese is suggesting, we'll be looking at further dissolution of the Catholic Church. "Pastoral responsibility" INVOLVES making the bureaucracy that interacts with the faithful more efficient and more accountable.

Thanks Fr. Reese for an excellent article. I am also not optimistic that Pope Francis will institute the reforms needed in the Curia. I hope I am wrong. Nevertheless, I continue to pray for our Holy Father and all the clergy, theologians and laity of our Church.

I know what I would advise Pope Francis and that is that he should ordain women priests and bishops now.

Now is the perfect time because not only will it make us a far more just church but he could use the misogyny of these curia against them by replacing every nasty stubborn rebellious bishop or cardinal with a well experienced female bishop or cardinal. After seeing their conservative sexist buddies being replaced continually with women, they will suddenly become more flexible and cooperative to change that is necessary.

If the Pope is a monarch then he needs to start acting like one for the good of the church. No more I don't have the authority to ordain women priests - that is bull! It is time Pope Francis just did the right thing and put an end to all misogyny in our church once and for all.

I agree, but for one caveat. The curia should be staffed by *deacons* and lay persons. Priests, only as exceptions. It is the traditional role of the deacon to serve as the bishops' staff, and the presbyterate to be his advisors and pastors of local congregations. The Curia, both Roman and diocesan, should be diaconal and lay in composition, for the most part.