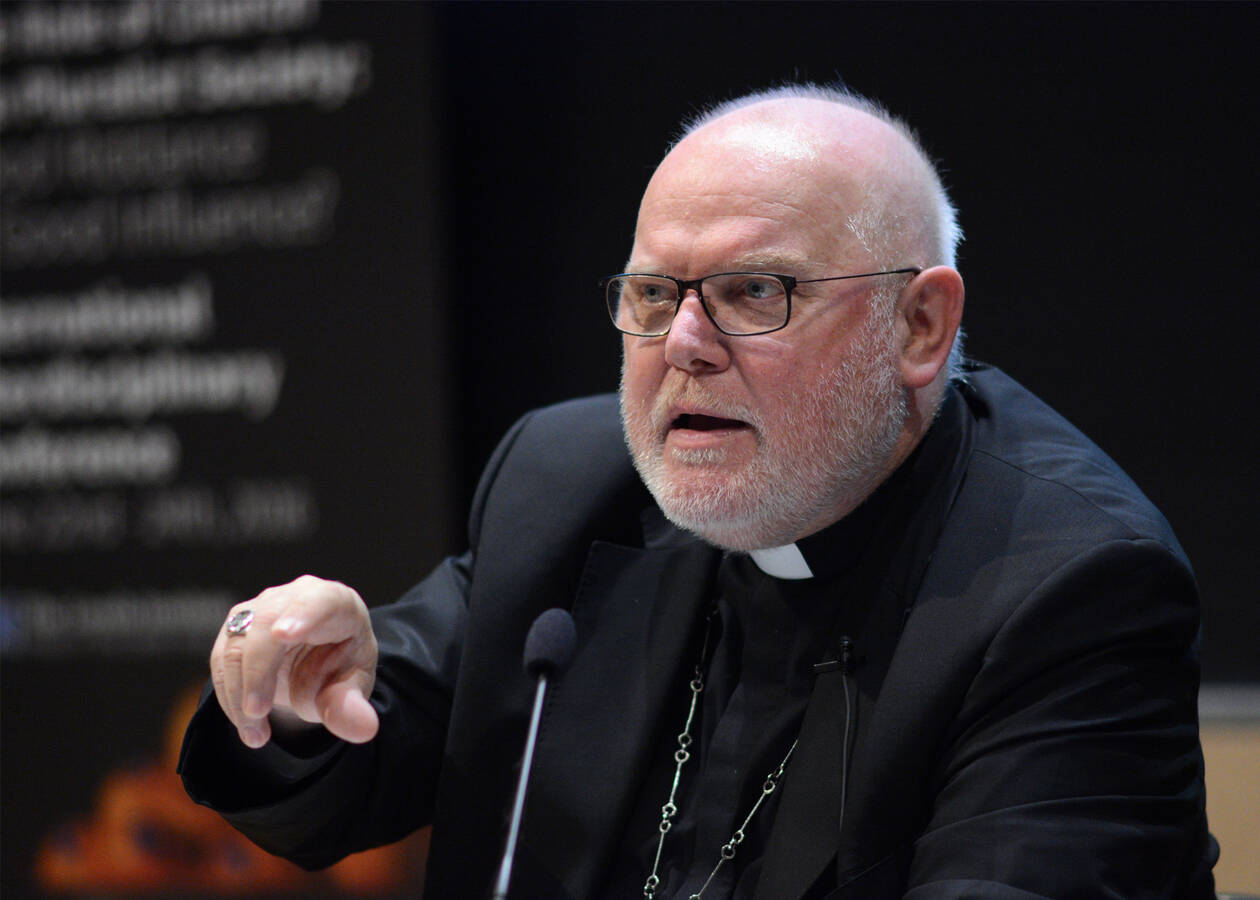 Cardinal Marx: the Catholic Church must be transparent in its handling of sexual abuse

Cardinal Reinhard Marx called for transparency in the Catholic Church when he addressed the Vatican summit on the protection of minors on Feb. 23. He told participants: “It is necessary to redefine confidentiality and [pontifical] secrecy” if the church is to be credible in its response to the abuse crisis.

“It is not transparency which damages the church, but rather the acts of abuse committed, the lack of transparency or the ensuing cover-up,” he said.

His call for transparency and redefining of pontifical secrecy is significant because he is not only the chairman of the German bishops’ conference but also a member of Pope Francis’ Council of Cardinal Advisors. That puts him in a position to push hard for these reforms.

A similar request was made yesterday by Linda Ghisoni, a canon lawyer who is one of the under-secretaries at the Vatican Dicastery for Laity, Family and Life.

“It is not transparency which damages the church, but rather the acts of abuse committed, the lack of transparency or the ensuing cover-up.”

For many years, advocates and organizations for victims and survivors have called for the abolition of secrecy in cases of abuse by clergy of minors and in judicial processes relating to them.

Cardinal Marx began his talk by explaining that “transparency means that actions, decisions, processes, procedures, etc., are understandable and traceable.”

He said this is “a fundamental problem, which we all have to face together as a church.”

He went onto explain the vital importance of good administration in the church and what this entails in terms of standardizing procedures and processes, rules and laws, filing and preservation of documents meant to ensure order and justice in the church. “A fully functioning church administration,” he said, “is an important building block in the fight against abuse.”

He reminded the 190 participants from more than 120 countries, including patriarchs, cardinals, bishops, heads of women and men’s religious orders and top officials of the relevant Roman Curia, that good administration “is an active contribution to justice since binding rules and laws ensure that decisions and judgments are not merely based on the whims of those carrying them out or of superiors.”

“The sexual abuse of children and youths is in no small measure due to the abuse of power in the area of administration.”

In this regard, he said, “administration has not contributed to fulfilling the mission of the church but on the contrary, has obscured, discredited and made it impossible.”

He gave examples of what has happened in some places in the church: “Files that could have documented the terrible deeds and named those responsible were destroyed or not even created. Instead of the perpetrators, the victims were regulated and [had] silence imposed on them. The stipulated procedures and processes for the prosecution of offenses were deliberately not complied with but instead canceled or overridden. The rights of victims were effectively trampled underfoot and left to the whims of the individual.”

He said all of these events “sharply contradict what the church should stand for.”

He emphasized the “urgent need” today for “an administration which not only contributes to fulfilling the mission of the church but to some extent even embodies what should be achieved with this mission.”

“The principles of the presumption of innocence and the protection of personal rights and the need for transparency are not mutually exclusive.”

People encountering a reformed, transparent administration “are not faced with an anonymous, incomprehensible power structure but can exercise self-determined control over administrative procedures. They are not mere objects of administration but can perceive themselves instead as subjects.”

The cardinal, who knows the Vatican and the church system well, acknowledged that some object to transparency because they see this as “directed against violations of pontifical secrecy, as well as ruining the reputation of innocent priests or of the priesthood and the church as a whole through false accusations, if these are spread.”

He dismissed these objections as “not particularly forceful.”

He said, “The principles of the presumption of innocence and the protection of personal rights and the need for transparency are not mutually exclusive.” He believed the opposite is the case: “On the one hand, a transparent, clearly regulated and defined procedure ensures that the correct steps must be taken, before those who should pass judgment actually do so. This is the best safety mechanism against prejudices or false judgments in the matter.... A clearly defined and public procedure establishes a degree of credibility, which enables restoring the reputation of a wrongly accused person, who would otherwise be subjected to rumors, if the investigation is not appropriate, transparent or conclusive.”

Cardinal Marx explained that “transparency does not mean the uncritical acceptance and undisciplined dissemination of abuse allegations” rather, “the goal is a transparent process, which clarifies and specifies the allegations and follows generally accepted standards regarding when and how the public, the authorities and the Roman Curia should be informed.”

Cardinal Marx called for the “publication of judicial proceedings,” a reform that survivors of abuse have been demanding for a long time.

Then turning to what should happen in the follow up to this summit, Cardinal Marx identified four tasks.

There is a need, he said, to redefine “the goal and the limits of pontifical secrecy.” He explained that “in the age of social media, in which each and every one of us can almost immediately establish contact and exchange information via Facebook, Twitter, etc., it is necessary to redefine confidentiality and secrecy and to distinguish them from data protection.”

He told the summit, “If we do not succeed, we either squander the chance to maintain a level of self-determination regarding information or we expose ourselves to the suspicion of covering up.”

He called for “transparent procedural norms and rules for ecclesiastical processes,” explaining, “the church must not operate below the quality standards of public administration of justice, if it doesn’t want to face criticism that it has an inferior legal system that is harmful to people.”

He called for “the public announcement of statistics on the number of cases and details thereof, as far as possible.” He explained that “institutional mistrust leads to conspiracy theories...and the formation of myths about an organization.

“This can be avoided if the facts are set out transparently.”

Finally, he called for the “publication of judicial proceedings,” a reform that survivors of abuse have been demanding for a long time. He explained that “proper legal proceedings serve to establish the truth and form the basis for imposing a punishment which is appropriate for the relevant offense.” Moreover, he said, “they establish trust in the organization and its leadership,” whereas “lingering doubts about the proper conduct of court proceedings only harm the reputation and the functioning of an institution.” This is true also for the church.

He concluded by telling the summit that transparency is “a decisive factor in the trustworthiness and credibility of the church,” and he urged “a courageous step in this direction.”