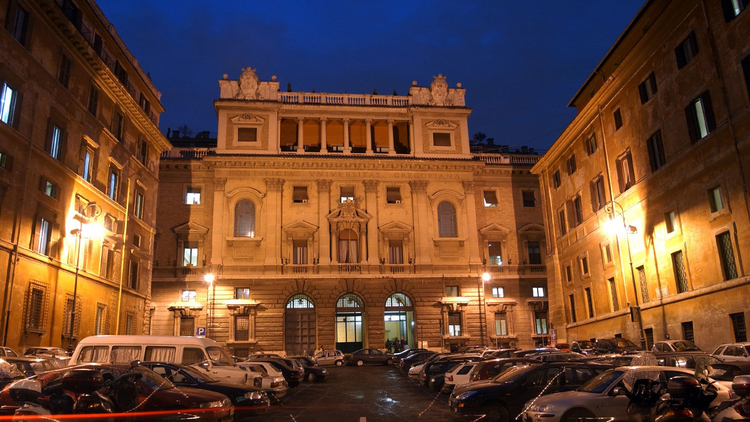 (RNS) — Fifty years after it held the world’s first international conference examining the rise of atheism and secularism, the Vatican is joining forces with a British research initiative to host a conference on “Cultures of Unbelief.”

In late May, scholars from a range of disciplines will gather at Rome’s Gregorian University to discuss the results of the research initiative, called “Understanding Unbelief,” which for the past two years has been mapping the rise and nature of non-religion across the world.

Funding for the $3 million Understanding Unbelief program, which is based at the University of Kent, has come from the John Templeton Foundation.

According to the Pew Research Center, the number of “nones” — those who describe themselves as atheist, agnostic or of no particular religion — will reach 1.2 billion worldwide by 2060. In the United States, 23 percent of the population currently claims no religious affiliation.

According to the Pew Research Center, the number of “nones” — those who describe themselves as atheist, agnostic or of no particular religion — will reach 1.2 billion worldwide by 2060.

Young people are particularly likely to identify as nones. Last year a study by Understanding Belief researcher Stephen Bullivant revealed that 70 percent of 18- to 29-year-olds in the U.K. identify as having “no religion.”

Among the research projects being undertaken is a study of unbelief in countries where the majority population is made up of nonbelievers. These include South Korea, Vietnam and Japan, a challenge to the widespread assumption that unbelief is a solely Western phenomenon. Another group is examining the motivations, experiences and problems faced by nonbelievers in religious societies such as Egypt.

Other projects are looking at non-religious childhoods in the U.K., the persistence of magical thinking in unbelieving societies and the ways in which mindfulness meditation might be seen to constitute a secular religion.

The previous conference, “The Culture of Unbelief,” held in 1969, came in the wake of the new spirit of openness brought about by the Second Vatican Council, which had closed only four years earlier. The Curia initiated a number of dialogues with other Christians and with Jews and those of other faiths. It also set up a pontifical secretariat for nonbelievers (Secretariatus pro Non-Credentibus) to dialogue with nonbelievers.

What can nuns and ‘nones’ learn from one another?
Kaya Oakes

The conference was convened to address what then-Pope Paul VI saw as “among the most serious matters of our time” — namely, atheism. Cardinal Franz Koenig, then the archbishop of Vienna and the pope’s pick to be head of the secretariat, said it represented a “new approach in the way of proceeding of the Catholic Church, less preoccupied with defending her position than with meeting the very grave problems of the modern world.”

The problem was that few in official Catholic circles knew any nonbelievers. The cardinal asked the eminent American sociologist Peter Berger, who died last year, who he should invite to the conference.

“The Secretariatus pro Non-Credentibus was eager to have this dialogue, but it did not know with whom to have it,” Berger wrote in his memoir. “Unlike the other interlocutors, the non-credenti cannot be found in the phone book.”

“The growth of different forms of non-religion has been a significant development in many societies across the world in recent decades.”

There was huge media interest, and some 3,000 people attended the conference to hear the world’s leading sociologists, historians and theologians give their papers. It ended with a papal audience. Among the prominent academics gathered were Harvard University’s Harvey Cox, Martin Marty from the University of Chicago’s Divinity school and British sociologist David Martin.

“Harvey Cox was quite the star,” Martin told Religion News Service. “He was overwhelmed to learn that the Pope had read his book,” the seminal study of unbelief, “The Secular City.” Martin recalls with amusement how several of the freethinking secular academics present were star struck at meeting Pope Paul VI.

But, according to Peter Berger, the conference failed to make a lasting impact, despite the fact that the dialogues between atheists and cardinals continued into the pontificate of Benedict XVI, when the “Courtyard of the Gentiles,” a program set up by Pope Benedict to promote contact with the unchurched world, hosted a famous encounter between Cardinal Martinez and the Italian philosopher and writer Umberto Eco.

There are currently no definite plans for Pope Francis to address this summer’s conference, but organizers say the possibility remains open. What’s important, they say, is to build a dialogue and collaboration between believers and unbelievers in order to gain a greater understanding of the others’ metaphysical existential and moral beliefs.

“The growth of different forms of non-religion has been a significant development in many societies across the world in recent decades,” says Gordon Lynch, Michael Ramsey professor of modern theology at the University of Kent.

“This conference,” he added, “drawing together findings from the most substantial international programs of research in this field, promises to be a genuinely landmark event in taking forward both our understanding of the varieties of non-religion and the social implications of these.”

Belief is the main problem in the Catholic Church and for religion in general. I have never seen it addressed adequately. It is rare that one reads an article on why they should be a Catholic.

I would expect this conference to produce nothing of consequence because it seems that the organizers don't understand the problem. The academy is preaching bogus information about origins which the students accept without thinking. And many of the organizers operate the academies.

Atheists are - for whatever reasons - very often *just not interested* in dialogue with “religionists”. Quite a few of them regard toleration for “religion” - a term that they seldom take care to define - as repugnant, because they see “religion” as anti-rational and false, and as based on nothing real. So “religion” is not seen as a different POV, to be discussed on its merits, but more as an intellectual pollutant that should have no public influence or say whatsoever.

Atheists typically seem to have a thoroughly Fundamentalist view of the Bible. Interestingly, they expect Christians to account for the OT - I have yet to encounter any awareness that the OT was the Scripture of Judaism long before the Church inherited it. In part, I blame the heavily OT emphasis of Calvinism for this. Be that as it may, there seems to be no understanding of the place of theology in the NT and Christianity: the priorities of US Fundamentalism seem to be taken, by atheists, as typical of all Christianity ever & everywhere. This Philistinism of atheism is also a characteristic of Fundamentalism.

Another problem is, that Catholicism seems to be innocent of anything resembling missionary zeal. The Apostles say: “For we are not able to stop speaking about what we have seen and heard." And St Paul says: “Yet when I preach the gospel, I have no reason to boast, because I am obligated to preach. Woe to me if I do not preach the gospel!” But how many Catholic bishops burn with zeal for the conversion of souls ?

I’m greatly impressed by the degree to which Fundamentalism and atheism seem to be mirror-images of one another. Sometimes, they seem to differ in very little, except that atheists often despise the Bible as worthless and malign trash, whereas Fundamentalists sometimes border on Bibliolatry.

For many atheists, “creationism” covers every doctrine of creation by God, a god, or gods. So the doctrine of a St Thomas Aquinas is from that POV as worthless and unworthy of credit as the arguments of Answers In Genesis.

I think part of the problem is, that both this kind of atheism, and Christianity, are total visions of reality. They are not equal if contrary POVs more or less harmoniously co-existing within the unity of a larger, humanely-conceived, vision of reality: each of them is a total vision of reality, so they exclude each other.