The Jesuit institution uncovering the truth (and fake news) about saints 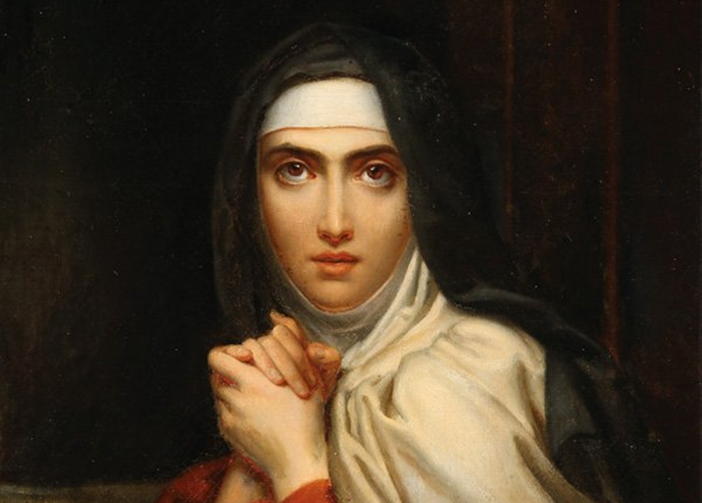 Most of what we know about saints—from the most beloved to the most obscure—comes from the little-known Bollandist Society. For four centuries, the priests and lay scholars at this Jesuit ministry have dedicated their diligent minds to archiving, studying and publishing on the lives of saints and martyrs. The bookshelves of their library in Brussels exhale the musty aroma of ancient volumes, but the Bollandist Society is a valuable contemporary resource not only for today’s faithful but for modern scholarship as well.

Since the dawn of the church, monks and scribes have produced and copied thousands of texts describing lives of the saints. This literary genre, known as hagiography, flourished in the Middle Ages and encompassed narratives both factual and legendary.

According to Gordon Whatley, a retired professor of Medieval English, this body of writing “became for Christian readers...the primary narrative expression of their religion’s values, beliefs, ideals and identities.”

“I think of it as a vast, creative supplement to and continuation of the Bible itself and the divinely charged, miraculous history it contains,” Mr. Whatley told America.

In 1607, Héribert Rosweyde, S.J., took stock of the myriad hagiographic manuscripts and decided to organize, research and gather the stories of saints in a more systemized fashion. When Father Rosweyde died, a fellow Jesuit, Jean Bolland, S.J., took up the work and published the first edition of the Acta Sanctorum, or “Acts of the Saints.” Today, the Bollandist Society is the only institution dedicated exclusively to the critical study of hagiography.

“Saints like Romero or Teresa of Avila refresh our faith. Without figures like these, the church would only be an institution.”

Over the centuries, the mission of the Bollandist Society has remained the same: to “serve the glory of the saints by serving the truth.” Their 500,000 books and thousands of periodicals feature saints from the Roman Catholic Church and the Eastern Orthodox Church, with manuscripts written in Latin, Greek, Coptic, Ethiopian, Syriac, Arab, Armenian and Georgian. Today, they continue to unearth ancient texts, glean information on saints from scientific revues, organize all the data in digital catalogs and produce rigorous scientific articles in their periodical, Analecta Bollandiana. Recently, they have begun publishing reader-friendly stories on their Facebook page.

Examples of discoveries and anecdotes abound in conversations with the Bollandists. Their library contains the word-for-word transcriptions of the trials of martyrs—like the one of the Filipino hero, St. Ruiz, in 17th-century Japan.

“The trial is only known through a document, which transcribes the dialogue between the judge, the translators and Ruiz, which is quite marvelous,” Robert Godding, S.J., the director of the Bollandist Society, said. “Ruiz had first told the interpreters: ‘I have nothing to do in this; I’m a lay person. If I deny my faith, will my life be spared?’”

In the next dialogue, however, St. Ruiz confirms his Christian faith and became a martyr.

Bollandists are not afraid to “debunk” saints when needed.

Researchers at the Bollandist Society also discovered what St. Sabas of Palestine looked like. Unlike his depictions in sacred art, St. Sabas was described as “beardless” and “squinting”—two unpopular features in sixth-century Palestine that hint at the mockeries he could have faced during his lifetime. He suffered tribulations and performed healing miracles.

Saints serve to continually renew the church. Every generation has its own holy men and women, who respond to the challenges of their era by acting in conformity with the Gospel. “Saints like [Óscar] Romero or Teresa of Avila refresh our faith,” Father Godding told America. “Without figures like these, the church would only be an institution.”

In recent years, “the canonization of a wide spectrum of ordinary people has given us a sense that a life of faith is achievable,” according to Patrick Geary, the Professor of Western Medieval History at the Institute for Advanced Study.

“We can notice that saints are not only something from the past or a few clerics, but for all,” Mr. Geary said. They also embody the Catholic belief in transgenerational solidarity, he added, according to which “we are not alone, because the living and the dead are part of the kingdom of God.”

“The legend of a saint reveals the concerns, anxieties, hopes and needs of individual Christian communities.”

The Bollandist Society, however, is not afraid to “debunk” saints when needed. It is not rare for martyrs, for example, to have never existed even if tombs have been consecrated to them; these legends would sometimes be created to attract pilgrims to a town.

“There is a lot of ‘fake news’” about saints, Bollandist Marc Lindeijer, S.J., told America, because “choosing one’s saint is a democratic choice,” which contains its set of risks. “We can spend a lifetime correcting Wikipedia,” Mr. Lindeijer said with a chuckle. To sort out facts from fiction, researchers peel back layers of manuscripts, searching for the oldest copy of a text, those which hold the promise of being the most faithful to reality.

Yet even “fake saints” are valuable. Manuscripts from eras when written recordkeeping was rare are precious material for historians and language experts. For many scholars, the only written traces from the Middle Ages, for example, are hagiographic texts, which overflow with information on people’s customs, language and politics, regardless of whether the saint existed or not.

“The legend of a saint reveals the concerns, anxieties, hopes and needs of individual Christian communities,” Mr. Whatley said.

The number of saints, like our knowledge of the past, has no limit.

For Mr. Geary, these records contain quotes and information from “ordinary people,” like women and peasants, “who otherwise would have never entered the written record.” The saint’s tale “is a window into the world of people of that time and place,” Mr. Geary said.

He uses the example of St. Christopher, who is illustrated as having the head of a dog. “The point is not whether the saint had a dog head; it is why these legends were so attractive to people and how they integrate these stories into their lives,” he said.

Thanks to the extensive archives of the Bollandist Society, scholars like Mr. Geary could delve into the life and burial customs of Medieval times detailed in the hagiography of St. Éloi, and Mr. Whatley became an expert on St. Eugenia and translated her cult’s text from Latin into modern English for his students. These two eminent professors discovered the resources provided by the society decades ago and have relied on their documentation and catalogs throughout their careers.

Yet these scholars fear that the society’s work is under threat because of economic constraints. The Bollandist Society, which has traditionally relied on support from regional Jesuit provinces, increasingly depends on individual and institutional donors outside the Jesuit world to pursue their research.

“As long as the work of preserving, studying and understanding the past continues to be valued as one of humanity’s vital tasks,” Mr. Whatley said, “the Bollandist Society and their library must be allowed to continue.”

The number of saints, like our knowledge of the past, has no limit—and therefore the work of the Bollandist Society is never over. Both scholars and the faithful alike rely on these researchers, who will continue to find and organize gems of Christian spirituality, values and history. There is much work to do.

[Read more from America on praying with the saints]

This is an interesting and informative article.

It would be interesting to know how they discern between the deeper 'Truths' of hagiography and the literal 'truth' of limited historical knowledge they may be able to access. Perhaps sometimes hagiography is more ontology than mythology.

nice .
I want to say thanks to you. Most importantly I have bookmark your site for future updates.