Matt Malone, S.J., responds to the release of names of accused Jesuits by the Northeast Province 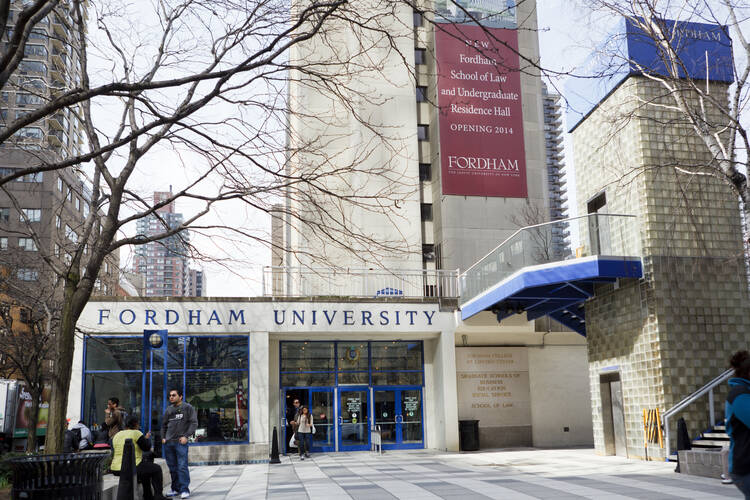 The past few months have not been easy for the editorial team at America. No one here became a Catholic journalist because they wanted to write about ecclesial scandals day after day. That the staff have done so with such devotion and care is a great testament to the depth of their commitment to our readers.

I know, of course, that our troubles are nothing compared to the pain inflicted by the perpetrators of these crimes. Their victims and survivors are always foremost in our hearts and minds, but never more so than on Jan. 9, 2019, when I learned that one of the Jesuits who has been credibly accused of sexual abuse worked at this magazine 25 years ago.

We quickly decided that we had a duty to disclose this information to you, to acknowledge that this person is a part of our history and to renew publicly our commitment to do everything in our power to make certain that history does not repeat itself.

What follows is a slightly edited version of the statement I issued on our digital platforms. I reproduce it here for our print readers and for the historical record.

As of Jan. 15, every Jesuit province in the United States has released such a list. The public disclosure of this information is a necessary step toward justice and reconciliation for the victims and survivors of sexual abuse at the hands of clergy.

Father Ryan is the only Jesuit on any of the provincial lists of credibly accused Jesuits who was an employee of America Media.

In light of this public disclosure, it is my sad duty to report to you the following: On Jan. 9, 2019, Northeast Province officials contacted me in my capacity as president of America Media. I learned then for the first time that the list released today would include the name of John T. Ryan, S.J., who was an employee of America Media (then America Press) from 1989 to 1994. During those years, Father Ryan was listed on the masthead of this magazine as “Associate Editor for Development.”

Father Ryan is the only Jesuit on any of the provincial lists of credibly accused Jesuits who was an employee of America Media.

In light of the grave nature of this matter, I asked the current staff of America Media to review our files and to report to me any information regarding Father Ryan. I also spoke with the few members of our staff who might have known Father Ryan during his five years at America Media, some 25 years ago. I can report to you that I have received no information that indicates that any member of the America Media staff, then or now, had any knowledge of Father Ryan’s alleged misconduct with minors.

This is the extent of the information in my possession regarding Father Ryan.

As you know, from 1962 to 2017, America Media owned a building located at 106 West 56th Street in New York City. The building housed the editorial and business offices of America Media, as well as a community of Jesuits. The community included both Jesuits who were employed by America Media and other Jesuits who were not employees of America Media. Starting in 1984, the Jesuit community at 106 West 56th Street was the exclusive responsibility of the religious superior of the New York Province (now part of the Northeast Province) and was not under the direction of the editors and staff of America Media. America Media was not empowered to decide who was assigned to reside at that location. Province officials have requested that all questions unrelated to the employment history of the men on these lists be directed to their respective province office.

You can find links to all the USA Jesuit provinces at www.jesuits.org. You can also access there links to all of the lists of credibly accused Jesuits that have been released by the Society of Jesus in the United States.

I also encourage you to read Michael O’Loughlin’s reporting on these recent developments. You can find that reporting at
www.americamagazine.org/ne-list.

At this time, the editors and staff of America Media are most mindful of the victims and survivors of these crimes. We continue to pray for them and for the healing of the American church.

The child abuse issues will be taken care of, at the very least by legal authorities. Homosexual fornication among adult clerics is an issue many of us chumps in the pews are no longer surprised by. We hope those who persist in this sin acknowledge it in confession,, receive absolution and remove themselves from sources of temptation to this grave sin. Satan is using this sin to infiltrate and confuse the Church. Habitual concupiscence has created an environment of confusion and cognitive dissonance, even to the end some religious have begun to think and maybe even teach that we can't help ourselves...They then become impotent to speak about abortion because they dare not clearly tell a woman abortion (and now, infanticide) is intrinsically evil, Cognitive dissonance prevents them from guiding us in the Holy Spirit. I don't believe many started with true vocations to begin with. From what I can see, faithless souls with same sex attraction might find living that lifestyle, supported by the Catholic dime, to be an attractive alternative. I also think social issues might have become convenient income producing vehicles to salve consciences. What an 'easy' solution to a moral dilemma, I hope these clerics go to Confession and move on, for the sake of themselves, God and His Church.