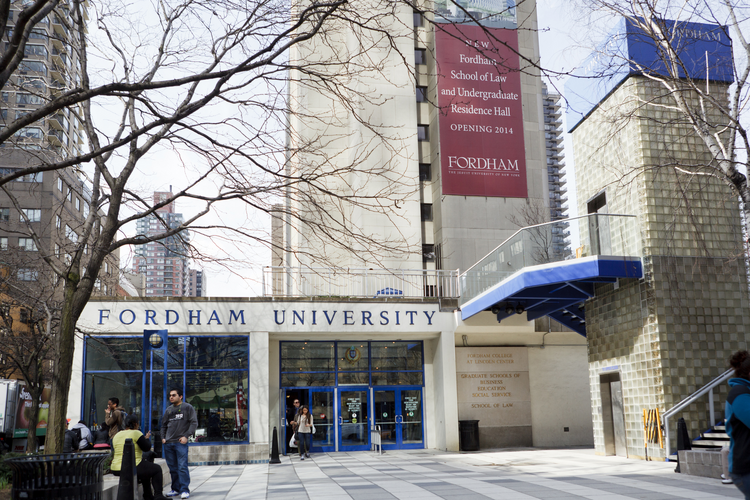 Following similar moves by other U.S. provinces, the USA Northeast Province of the Society of Jesus on Jan. 15 released a list of members with credible allegations of sexual abuse of minors.

“At the heart of this crisis is the painful, sinful and illegal harm done to children by those whom they should have been able to trust,” John J. Cecero, S.J., the provincial of the Northeast Province, said in a statement. “We did not know any best practices to handle these violations many decades ago and regrettably made mistakes along the way.”

The list includes 50 names and includes allegations dating back to 1950. Fourteen of the named Jesuits are still living. The Associated Press reported that all the alleged abuse took place before 1997. At least 32 of the Jesuits on the list have allegations that were first reported in or after 2002, when a series of articles in The Boston Globe exposed widespread cover up of sexual abuse of minors by Catholic priests and when U.S. bishops adopted a zero-tolerance sexual abuse policy. The Northeast Province covers Jesuit ministries in New England and New York as well as northern New Jersey.

The list includes 50 names and includes allegations dating back to 1950. Fifteen of the named Jesuits are still living.

Among those named on the list are a former headmaster and president of Fordham Preparatory School, an all-boys high school adjacent to the campus of Fordham University in the Bronx. Eugene J. O’Brien, S.J., was headmaster of the school from 1960 to 1970 and also served as president from 1970 through 1979. According to the province, abuse allegations dating back to the 1960s against Father O’Brien were first reported in 1993. A 2008 article in The New York Times reported that an allegation of abuse of a minor against Father O’Brien was settled in 1997 by the Society of Jesus and the Archdiocese of New York for $25,000.

Christopher J. Devron, S.J., the president of Fordham Prep, said in a statement that “there are no Jesuits on any of these lists who serve currently either at Fordham Prep or Fordham University or live presently on the University campus.”

“Any incident of abuse by a priest or teacher is one too many,” Father Devron added, “for the victim-survivors, their families, and the Church.”

The list released by the Northeast Province does not include details about where the credibly accused Jesuits lived. But at least some of them were assigned to live at Murray-Weigel Hall following their removals from ministry, a nursing home and residence located “adjacent” to Fordham, according to a statement from Fordham University president Joseph M. McShane, S.J. The residence is a short walk from Fordham Prep and near at least two other high schools.

Some of the accused were assigned to live at Murray-Weigel Hall following their removals from ministry, a nursing home and residence located “adjacent” to Fordham.

Fordham University and Fordham Prep distanced itself from decisions to place Jesuits accused of abuse at Murray-Weigel, saying in statements that the province assigned Jesuits to Murray-Weigel.

“Fordham University has not historically been empowered to decide who is assigned to reside at Murray-Weigel Hall,” Father McShane said in his statement. “Nonetheless, at Fordham’s insistence, the Northeast Province has recently removed all men with known credible accusations against them from Murray-Weigel Hall.”

In addition, Father Devron’s statement said, “The Province has agreed to not assign these men as residents to that community in the future.”

Also included on the list is John T. Ryan, S.J., who from 1989 to 1994 was an associate editor for development at America. In a statement, Matt Malone, S.J., the president and editor in chief of America Media, said he was made aware earlier this month of the allegations against Mr. Ryan, who left the Jesuits in 2002.

The Northeast Province is the final province in the United States to release a list of Jesuits facing a credible allegation, which the province said is determined by a “preponderance of evidence that the allegation is more likely true than not after investigation.

“Father Ryan is the only Jesuit on any of the provincial lists of credibly accused Jesuits who was an employee of America Media,” Father Malone said. He said that after a review of files and interviews with current staff who remember Father Ryan, “I have received no information that indicates that any member of America Media staff, then or now, had any knowledge of Father Ryan’s alleged misconduct with minors.”

The Northeast Province statement lists one of Father O’Brien’s assignments as the Gregorian Foundation, whose offices were located in the building that housed America in New York. Father Gallen was named in the list released by the Midwest Province last month, which noted that his “assignment” from 1995 to 2007 was at “America House Jesuit Community.”

Father Malone said he could not address the issue of residency for Father Ryan or any of the Jesuits on the province lists, saying that “province officials have requested that all questions unrelated to the employment history of the men on these lists be directed to their respective province office.”

A spokesman for the Northeast Province said he did not have access to the residency assignments of Jesuits on the list.

The Northeast Province is the final province in the United States to release a list of Jesuits facing a credible allegation, which the province said is determined by a “preponderance of evidence that the allegation is more likely true than not after investigation. Credibility can also be established by conviction in a court or by the admission of the truth of the allegation by the Jesuit.”

The Jesuits have more than 16,000 members across the world and they describe themselves as “the largest male religious order in the Catholic Church.”

This story is developing and it will be updated.

Correction, Jan. 15, 12:42 p.m.: The number of accused priests still living from the Northeast Province is 15, not 14 as originally reported.

I would like as part of your 4th Estate duty to see who knew what, and when did they know it. Who moved them, ignored them and ultimately kept it going. The list is nothing without this.

A really important point! Who within the organization was covering for the men who betrayed their vows to God and victimized Christians they were supposed to be serving? Those false shepherds need to be punished severely, each and every one of them.

It might be worth stating the bleeding obvious so here goes.
Despite humanist and secular ideas developed since "the enlightenment", Almighty God has not given anyone the absolute right to privacy.
During counselling with a middle-aged woman raised in a Catholic family, she disclosed her outrage and indignation from childhood until then at having a guardian angel from whom she could keep nothing secret.

So rightly, there can be no secrets between spouses in all issues pertaining to their married state and commitments to one another, so too amongst those in each, any and all ministry.
We are offered salvation as a member of a community, a fellowship, a communion while retaining the truth that we could only be judged and condemned for our own particular, individual, chosen sins = grave matter, full knowledge, full consent of the will.
The only thing that is none of our business is the one-on-one relationship between the person and God in that regard - all the other issues having social implications may be kept under watch by others.

So, we need to know the divorced and remarried, the serial adulterers, the drunkards, the violent and the sexually perverted persons within our Christian community so as to guard against their particular danger to us and those in our charge.

What am I on about, you may ask.

Doctors get to know a lot of things, I give one instance alone here.

A young man, pretending to be holy and self-sacrificing by volunteering work within the St Vincent de Paul charity common in Australia, was a wolf in sheep's clothing. Armed with the power of the money donated by good Catholics for the purpose of supporting those in poverty, he used to prey on recently widowed or abandoned young women by getting close to them by tea and sympathy and paying their bills. and then having sex with them.
I disclosed this to the President of the local conference who did nothing, claiming I must break the confidence of my source before he would even consider it credible.
Part of a bigger picture, eh?

The meaning of free will is that we have been give the freedom to reject sin and to choose what is good. No baptized person has the "right" to commit mortal sin--that is a very distorted understanding.