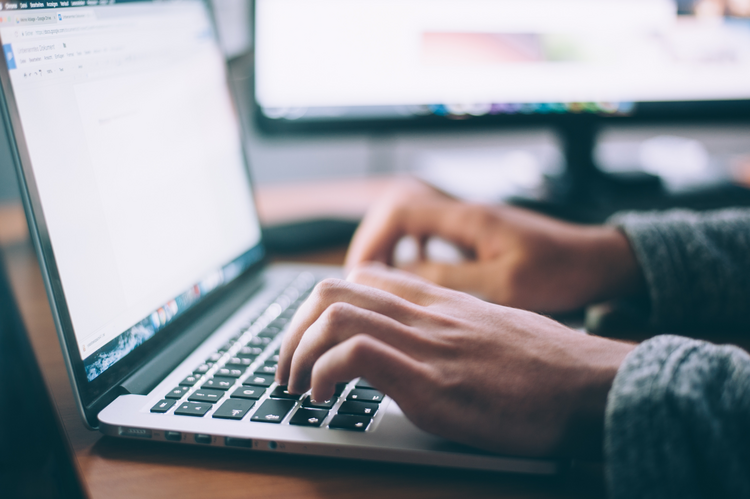 Photo by Glenn Carstens-Peters on Unsplash

What if Hitler had won the war? What if JFK hadn’t been shot? Alternative histories—which always begin with “What if...”—do serve a purpose. They highlight some unnoticed aspect of our own reality. They help us to reflect upon something we have probably overlooked. With that in mind, here is an alternative history: What if the ministry of John the Baptist were happening today, rather than 2,000 years ago?

Remember, John is a man with a message. Showing up on the banks of the Jordan was good enough for its time. After all, everyone needed river water sooner or later. But a contemporary John the Baptist would surely want to avail himself of modern media. As an outsider, he could not initially count on getting picked up by major news outlets. But anyone can create a website and begin to blog about the nation’s need to repent and to prepare itself for God’s new initiative. You could stand on the banks of the Mississippi in St. Louis and receive less attention than an astute webpage. Surely, if he were to come among us today, John would be a blogger first and a baptist second.

This would suggest that a contemporary, young Jesus of Nazareth might follow his cousin’s ministry by regularly reading his blog as he surfed the web. Our Jesus of Nazareth is a millennial, and millennials do live a lot of their lives in cyberspace.

Surely, if he were to come among us today, John would be a blogger first and a baptist second.

Jesus would surely see that John has a message. The nation does need to change, to find a new direction, to begin again by learning to treat others as we ourselves would want to be treated. But then young Jesus would read the comments below John’s postings.

“John, how dare you call us to change? You know who needs to change? You’re the son of a priest. That’s right, Zechariah is your dad. When priests repent, then they can preach to us. In the meantime, it’s all hypocrisy.”

Yet young Jesus would surely realize that if only the sinless can call us to change then any hope of reform or progress is finished. All that is left is throwing online stones at each other.

“John, I’ve got one word for you. It solves everything: sin, abuse of power and the depletion of the ozone layer. The word is ‘women,’ John. Women are the answer!”

Having grown in wisdom, young Jesus realizes that the more one learns, the more one becomes less locked in by one idea.

Young Jesus is, as he should be, open-minded. Maybe John ought to write more about women. Any underrepresented voice brings a certain wisdom to a discussion. And Jesus himself can think of one woman who is sinless, who makes very few mistakes. Yet, having read Animal Farm, he is a little suspicious of one-word answers and simple slogans. Are women immune to sin, to temptation?

And there is always the comment from the person who has read the one book, took the single class, almost got the degree. The key here is the singular. Everything is being judged according to one insight. “John, you say that the Messiah is coming and that we need to prepare for him. The Babylonians had a concept of the Messiah. It’s all myth! When are you going to stop muddling us with your myths, John?” Having grown in wisdom, young Jesus realizes that the more one learns, the more one becomes less locked in by one idea.

We cannot step inside the consciousness of our young, contemporary Jesus any more than we can with the original. Let us confine ourselves to noting that he has begun to see himself in an entirely singular relationship with God. He knows that he is Son of God in the way that no one else is. Addressing God as Father seems the only thing that he can do.

His cousin John is going to be in town next week, signing books and baptizing those who have faithfully followed his blog. Maybe Jesus should go. But millennial that he is, Jesus is unsure of committing himself. John has a good message but no shortage of critics.

If Jesus knows himself to be the sinless Son of God, why is he submitting to a baptism of renewal and repentance?

Now, look again at the real Jesus of Nazareth. For those who want scholarship to show the way, we are rather sure that Jesus was baptized by John. Why? Because the Gospels were composed at a time when some followers of the Baptist were still insisting that John was the Messiah. If the evangelists admit that Jesus was baptized by John, this appears to give John’s adherents the stronger case. So presumably—and that is as certain as historical study can ever be—the only reason the Gospels record the baptism of Jesus is because it truly happened.

The tough question is the one that follows. If Jesus knows himself to be the sinless Son of God, why is he submitting to a baptism of renewal and repentance? Again, we can only conjecture, hopefully ever more intelligently as we learn.

Here is one possibility. Jesus felt compelled to enter the waters because John was offering what we would call a sacrament. There are two key elements in every sacrament. A sacrament is always corporeal, and it is always communitarian.

A sacrament is something tangible because you can see and hear something happening. There are physical elements that can be tasted, touched, even smelled. A sacrament is not a mental act, a purely spiritual bond between creator and creature. It involves the creator touching his creation by way of its material elements.

Anyone can blog. But only those who create communities can summon us to baptism.

A sacrament is also always communal. It may come down to only an extraordinary minister of the Eucharist and a patient in a hospital bed or a priest and a penitent in the confessional, but a sacrament is always an act of the church (ekklesía), the “assembly of God.” Individuals do not celebrate sacraments.

So often, at the end of Mass, the closing prayer speaks of how we have been enriched by a sacrament. We call this prayer a “collect” because it is meant to gather together the prayers of everyone who is present. Listening to the collect, one cannot help but wonder: Has my faith really been so profoundly changed and strengthened as this prayer proclaims? Yes, because in faith I have stepped outside myself and joined the assembly of those who believe. That is the power of every sacrament. In them, the Messiah accomplishes his mission of gathering the people.

Jesus wants to transform us. Will we let him?
Michael Simone

Learning to see with the eyes of saints
Terrance Klein

Jesus entered the waters at the call of John. If he is the Messiah, the embodiment of the nation, and the nation is being summoned by way of sacrament to reform and to renew itself, then how can the Messiah, the avatar, the exemplar of the people not lead the way sacramentally? Yes, he is without sin, but he has come to be the Messiah, come to be the living sacrament of his people. How can he stand aside from the water, which is the first tangible sign that God is doing something new?

Anyone can blog. But only those who create communities can summon us to baptism, to a sacramental immersion into life shared with other believers. In a modern, individualized spirituality you can stand apart from the sacraments, but then you have no part in the new Israel or its Messiah. The Messiah gathers. In Greek, he is called the Christ (Christós), the (sacramentally) anointed leader who summons the tribes. Christ has no meaning apart from community.

Whatever your (often quite legitimate) issues with the real communities of those who follow him, if you stand apart from community, if sacraments have no part of your life, you have, as yet, no real life in Christ.

I am inspired by the nature of data on this site. There is a great deal of good assets here. I am certain I will visit this place again soon. Welcome! Much obliged to you for welcoming me appropriate here. the encapsulation of the country, and the country is being called by method for holy observance to change and to restore itself, at that point in what manner can the Messiah, the symbol, the model of the general population not lead the way sacramentally Truly, he is without transgression, however he has come to be the Messiah, come to be the living ceremony of his kin.I’m working best essay writing service You have distributed article with splendidly!

if John the baptist was a blogger , we can learn more about more unblocked games 24h knowledge about jesus.