Learning to see with the eyes of saints

Learning to see with the eyes of saints 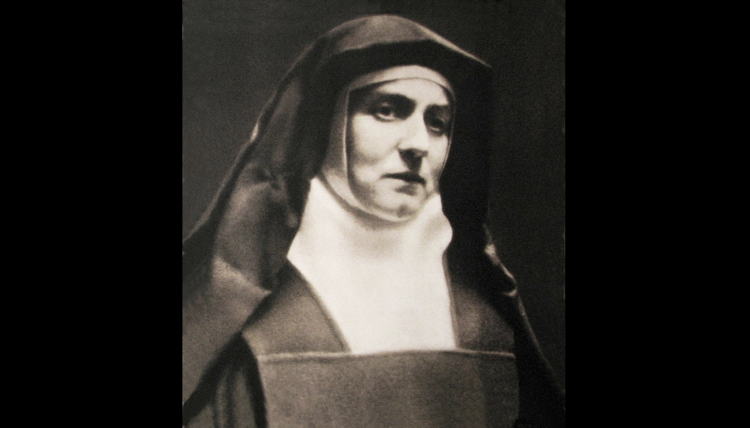 The act of seeing requires two things: something to see and someone to see it. We can only control or influence the latter. Think of all the things not seen with the naked eye but that, through science, we now know to exist. They did not begin to exist when we discovered the right way to look for them, yet until we did find our way, for all practical purposes—which is to say, for us—they did not exist.

The great Canadian Jesuit theologian Bernard Lonergan insisted that “seeing is more than taking a look.” All sorts of obstacles can keep us from seeing. To list but a few:

The list could grow longer, but it already begs the question, “What might be seen when the one looking looks again in a new way?” Remember, the Magi were not out wandering. Their questions and desires impelled their search.

What might be seen when the one looking looks again in a new way?

And, of course, when it comes to seeing another person rather than an object, everything depends upon the loving intimacy shared between them. Only the foolish reveal their deepest selves to the merely curious. Just as we do, God chooses to reveal himself, and God is not foolish.

St. Paul told the Ephesians, “It was not made known to people in other generations as it has now been revealed to his holy apostles and prophets by the Spirit” (3:5). Writing on the same Holy Spirit, the one who chooses to reveal himself to those who seek him in love, St. Basil explained:

He is like a sunbeam whose grace is present to the one who enjoys him as if he were present to such a one alone, and still he illuminates land and sea and is mixed with the air. Just so, indeed, the Spirit is present to each one who is fit to receive him, as if he were present to him alone, and still he sends out his grace that is complete and sufficient for all. The things that participate in him enjoy him to the extent that their nature allows, not to the extent that his power allows (De Spiritu Sancto, 9.23)

A 20th-century German saint illustrates this so well. Edith Stein was born into a nominally Jewish family in 1891, but she considered herself an atheist by the time she reached adolescence. Stein was brilliant, earning a doctorate under the foremost philosopher of the time, Edmund Husserl. Interestingly, her thesis project was on empathy, the ability to feel with and to understand another.

Only the foolish reveal their deepest selves to the merely curious. Just as we do, God chooses to reveal himself, and God is not foolish.

It is quite frightening that so many people today choose to read only one paper or watch only one cable news channel or follow only a certain set of blogs. Remember all those things that can block our sight? Add: very limited looking. That was not true of Edith Stein.

Atheist she might be, but Edith began to read a bit of the great Carmelite mystics, St. Teresa of Avila and St. John of the Cross. Perhaps that is why one day while visiting the great university town of Heidelberg, she saw something in its Catholic cathedral most people would not have noted. Here is how she recorded the event:

We stopped in at the cathedral for a few minutes; and, while we looked around in respectful silence, a woman carrying a market basket came in and knelt down in one of the pews to pray briefly. This was something entirely new to me. To the synagogues or to Protestant churches which I had visited, one went only for services. But here was someone interrupting her everyday shopping errand to come into the church, although no other person was in it, as though she were here for an intimate conversation. I could never forget that.

How many of us have seen the very same, but never asked Edith’s simple question: Why is she here alone, when no service is being held? What has she come to do? Whom does she think she will encounter?

Together, Edith’s reading and the simple, silent, momentary witness of that anonymous shopper eventually led her not only into the Catholic Church but into the cloistered world of the Carmelite Order, where she took the religious name “Teresa Benedicta of the Cross.”

What Michelangelo’s flawed Pietà teaches us about Mary
Terrance Klein

What can we learn from the Wise Men?
Michael Simone

The choice of name might have been an act of foresight; Sister Teresa Benedicta of the Cross, along with her blood sister Rosa, died in Auschwitz as victims of Nazi hatred for those of Jewish blood. They were part of the reactionary roundup of Jews in the Netherlands, which followed a public statement by the Dutch bishops condemning Nazi racism. When S.S. officers came to the Carmel, Edith calmly said to her sister, “Come, Rosa. We go for our people.”

The train taking them to Auschwitz passed through their hometown of Breslau. A German soldier reported seeing the train of the condemned pass through town with a woman in Catholic religious garb staring out from one of the cars. Even at the end, this brilliant saint was still looking to discover, with the grace of God, what might be seen.

I've always been taught the exact same thing by my parents. Later in my life, I dedicated a whole article at https://payforessayz.com/lab-report-writing-services/ to finding ways to see your true path in this life. I was also reading a lot of psychology books, and many of them brought up an amazing point: people usually can't find a solution because they are looking in the wrong direction. By this they mean that people are focused on the problem itself, not at the possible solutions. I also agree with the point of being to prejudiced because a lot of times we ignore things that are actually good and healthy for us just because a long time ago, for some reason, we've decided that certain things are plain wrong.
It is very important to keep our eyes open at all times because this is something that's important not only for the aspects of faith, but for our lives in general

The gift of knowledge helps a person to embrace the truths of faith. Then, formed by these truths and guided by the Holy Spirit, the person makes correct judgments when he decides to do the assignment regarding earthly things and how they are related to eternal life and Christian perfection. As such, the knowledge of these created things leads one to the Creator.