Thinking about your death will make you a better Catholic

Thinking about your death will make you a better Catholic 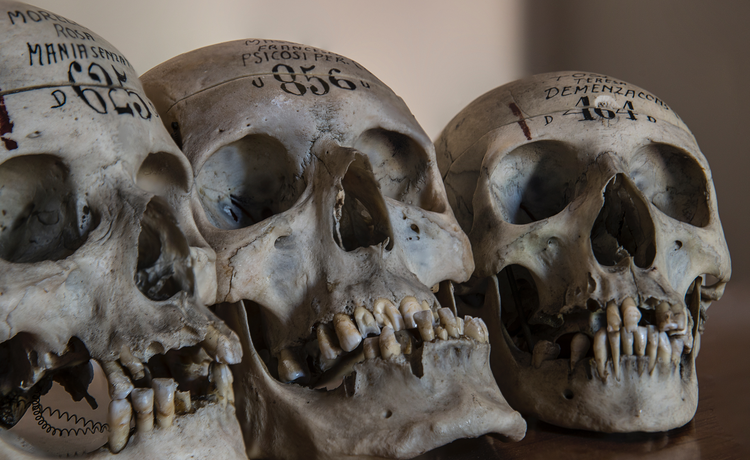 Photo by oldskool photography on Unsplash

“Reflecting on death is not a morbid affair,” believes Sister Theresa Aletheia, “it is a healthy and often healing practice that helps us accept the inevitable with hope.” Sister Theresa is a self-proclaimed #MediaNun with the Daughters of Saint Paul and the founder of the Memento Mori Project, an online revival in which she offers daily reflections about death.

This week, we talk to Sister Theresa about her faith journey and why Catholics should imagine their deaths, especially during Advent. Inspired by Blessed James Alberione, the founder of her order, Sister Theresa placed a ceramic skull on her desk and began tweeting about memento mori, Latin for “remember you will die,” in 2017. She says it’s impossible to value life without paying proper attention to what it means to die, and that the practice has enabled her to be more present in her daily life.

In Signs of the Times, investigators in Texas executed a search warrant at the offices of the Archdiocese of Galveston-Houston, headed by Cardinal Daniel DiNardo, following complaints from survivors on how DiNardo and his staff handled their abuse allegations. In a soon to be published book, Pope Francis is quoted as saying that he is worried about homosexuality in the priesthood. Catholic priests in England and Wales received new identification cards.

Finally, we discuss Pope Francis’ thoughts on consumerism: “Consumerism is a great disease today. I am not saying that we all do this, no. But consumerism, spending more than we need, is a lack of austerity in life; this is an enemy of generosity.” How should we reflect on these words during the Christmas season?

Feel free to send us your questions, concerns or cocktail recipes to jesuitical@americamedia.rog, or join us for discussion on Facebook and follow us on Twitter. Consider supporting Jesuitical by becoming a member of our Patreon community. And, if you’re looking for some last minute Christmas gift ideas, check out some Jesuit Swag.

As investigation hits home diocese, can Cardinal DiNardo continue to lead on the abuse crisis?

In new book, Pope Francis says he is worried about homosexuality in the priesthood

Catholic priests issued with photo cards to confirm their identities

Consumerism is the enemy of generosity, pope says

I wholeheartedly agree with Sister Theresa that it's important to reflect on our death as a means of respecting life. Although I have always been pro-life, in my late teens due to severe depression because of being gay, I attempted suicide. Fortunately, I regretted my decision at the last moment, and called a friend for help after I overdosed on drugs. Although I continue to struggle with my orientation, I do my best to have close, loving relationships with family and friends. I also find consolation in receiving forgiveness through the Sacrament of Reconciliation each month, then receiving Jesus worthily in the Eucharist.

Your journey, Tim, is quintessential Christian, struggle with desperation and hope in God. I find strength in dealing with these polarities by prayerful attention to the two key moments of life--now and the hour of our death--in the conclusion of the "Hail Mary" with its sobriety and hopefulness.

And, if you’re looking for some last minute Christmas gift ideas, check out Fr. Greg and Homeboy Industries https://www.homeboyindustries.org/

Far too much focus on next life at expense of this one by Church.

Maybe I was ten years old and at that age death scared the hell out of me! Sister's poetic theology in the classroom started the whole mess by telling young, imaginative minds that we were flowers in God's Garden of Life and when he wanted a flower, he'd pick one of us and we would die! At home I drove my Mother crazy refusing to go to sleep, dying instead if God chose me from his Garden. Eventually my poor Mom went to see Sister, explained to her that some children have superactive imaginations and urged Sister to moderater her language. She did, my fear of death cooled but never entirely left. I expect that little fear of death that insists on hanging around will at the very vend be totally vanquished.

I'm now eighty-seven and based on my Belief, death now excites me with wonder and awe, not only by what Faith teaches, even more so by what Faith doesn't teach.about what awaits us when heart and brain functions end and death's rigidity tightens its irriversible grip. I wonder what's "out there" and eagerly await discovery, a "discovery" so awesome that even St. Paul a rhetorical master was reduced to the babble of a little child uttering first word, following a heavenly glimpse, "Eye has not seen nor has ear heard the wonders awaiting us." When death comes may I do as Francis of Assisi did, "Welcme Sister Death!"