Advent is a time to face your fears 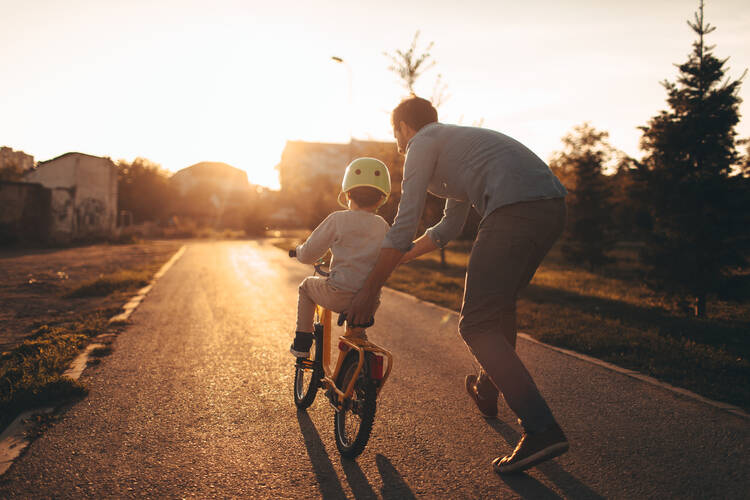 In These Truths: A History of the United States (2018) Jill Lepore retrieves forgotten people and overlooked stories in our American saga. Even in the colonial beginnings of her story, she asks what the American experience was like for African-Americans, Native Americans and women.

Often Lepore simply adds telling details to what we already know. For example, that George Washington, like many of his contemporaries, having very bad teeth, had to wear dentures. These were typically made of wood, but, being rich, Washington’s were fashioned from ivory. Nine of them were real teeth, just not his. They had been plucked from the mouths of his slaves. It is a piece of trivia but one that illustrates a great truth about what it meant to be black at the beginning of the republic.

As Advent begins, the church asks us to look to the future. In doing so, let us admit our fears.

Everyone knows that Samuel Morris invented the code that still bears his name. Lepore reminds us that he originally created his cipher as an instrument of self-defense. As Morris himself explained in his pamphlet “Imminent Dangers to the Free Institutions of the United States through Foreign Immigration,” he feared that Catholics were plotting to take over these United States.

What had spooked the young inventor?

In 1831 twenty thousand Europeans migrated to the United States; in 1854, that number had risen to more than four hundred thousand. While two and a half million Europeans had migrated to all of the Americas between 1500 and 1800, the same number—two and a half million—arrived specifically in the United States between 1845 and 1854 alone. As a percent of the U.S. population, European immigrants grew from 1.5 percent in the 1820’s to 11.2 percent in 1860…

The largest number of these immigrants were Irish and German.... By 1850, more than one in eight Americans were born in Europe, including 1.6 million Irish and 1.2 million Germans, the majority of whom were Catholic. As the flood of immigrants swelled, the force of nativism gained strength, as did the hostility toward Catholics, fueled by the animus of evangelical Protestants.

Again, the United States’ regular return to anti-immigration attitudes is well known. This was legal, encouraged immigration from Europe. Lepore simply shows that even the best among us could be captured by fear—in this case, the fear that the wrong sort of people were becoming American.

Praying in a time of fear is a bit like learning to dive head first into water. It goes against the grain of fear itself.

Advent begins by pondering the future. Here is an inescapable fact: At one time or another, the future scares all of us. This is true whether we are talking geopolitics or personal prospects.

Faith is both a confidence in the past and a hopeful confrontation with the future. Both the Old and the New Testaments insist that our futures, collectively and individually, belong to God. They tell us not to give way to fear. The Prophet Jeremiah preached:

In those days Judah shall be safe
and Jerusalem shall dwell secure;
this is what they shall call her:
“The Lord our justice” (33:16).

And Jesus told his disciples:

People will die of fright
in anticipation of what is coming upon the world,
for the powers of the heavens will be shaken (Lk 21:26).

Our Lord went further. He told us, in the face of our fears, to pray:

Be vigilant at all times
and pray that you have the strength
to escape the tribulations that are imminent
and to stand before the Son of Man (Lk 21:36).

Praying in a time of fear is a bit like learning to ride a bicycle or to dive head first into water. It goes against the grain of fear itself, and we can be too scared to do it. We can forget to pray because we are so very afraid.

Unfortunately, when that happens, we begin to obfuscate, even falsify our fears. We focus upon little scares that seem more manageable. We think that we can identify the problem and promote a solution. We do not admit to ourselves that our fear is broader than what we have chosen as our focus.

The single biggest wave of immigration…came between 1845 and 1849, when Ireland endured a potato famine. One million people died, and one and a half million left, most for the United States, where they landed in Eastern Seaboard cities, and settled there, having no money to pay their way to travel inland.... New York lawyer George Templeton Strong, writing in his diary, lamented their foreignness. “Our Celtic fellow citizens are almost as remote from us in temperament and constitution as the Chinese.”... By 1850, one in every four people in Boston was Irish. Signs at shops began to read, “No Irish Need Apply.”

“Germans, who came to the United State in greater numbers than the Irish, suffered considerably less prejudice,” Lepore writes. “They usually arrived less destitute, and could afford to move inland and become farmers.” Of course, German immigrants would themselves become national bogeymen when the United States entered the First World War.

Are you paying attention to God’s advancing kingdom?
Michael Simone

As Advent begins, the church asks us to look to the future. In doing so, let us admit our fears, try to understand them, even talk about them. There are those among us who stoke geopolitical fears. Sadly, we ourselves often prime our personal ones. Either way, left to fester in darkness, fear draws lines, makes enemies and isolates us from others.

It is hard to pray in the face of fear. Very hard. Our Lord knew that, yet he did it himself the night before he died. He did not pass the hours identifying enemies and developing strategies. No, as we read later in this same Gospel of Luke, “After withdrawing about a stone’s throw from them and kneeling, he prayed, saying, ‘Father, if you are willing, take this cup away from me; still, not my will but yours be done’” (Lk 22:42).

The next step is to plug in and switch on the DSL Modem and wait few minutes to enable it to boot and then synchronise with the Service Wireless Ster Provider network via the telephone cable. Your DSL Modem will normally have a visible LED indicating a successful connection to the Internet.