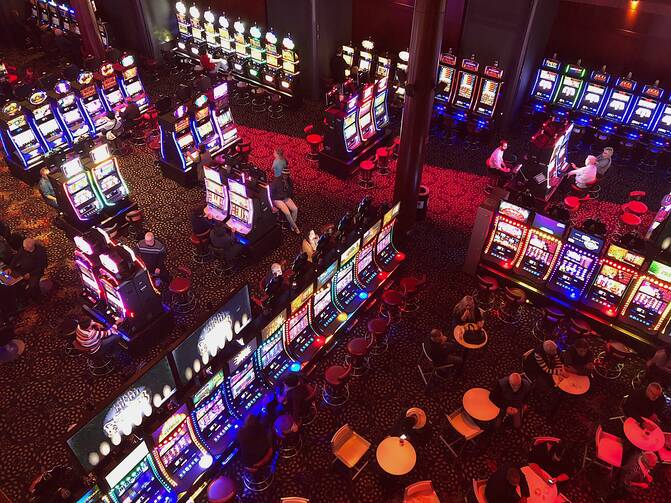 Photo by Chuma A on Unsplash

"The legalization of gambling, even when it is supported by the intention of unmasking its criminal management, exponentially increases the number of pathological players," said an introductory note to an international conference on drugs and addictions, organized by the Dicastery for Promoting Integral Human Development.

"Moreover, taxation by the state is to be considered incompatible from an ethical standpoint and contradictory in terms of prevention," it said in the conference program, released Nov. 26.

"As the landscape of addictions diversifies, indifference and at times indirect complicity in this phenomenon contributes to diverting the attention of public opinion and governments, often focused on other emergencies," it said.

The conference, to be held Nov. 29-Dec. 1, was bringing together experts, international organizations and specialists working for rehabilitation centers or for church-run initiatives to discuss current challenges with drug abuse and addictions and best practices in prevention and treatment.

The dicastery intended to come up with a series of final recommendations and conclusions and publish them with observations and interventions from the three-day conference.

The conference program outlined the growing problem of drug abuse and how it was an obstacle to integral human development. It said the dicastery wanted to respond to Pope Francis' repeated calls to fight drug abuse and to show the church's commitment to addressing the problem.

Noting the devastating effects of heroin, cocaine and other psychoactive drugs now available inexpensively and online, the conference program criticized the current debate over cannabis use for overlooking ethical considerations, highlighting Pope Francis' doubts over the legality of lifting restrictions on so-called recreational drugs.

The conference was to look at other forms of addictions, including Internet, pornography and sex addictions as well as compulsive gambling.

The dicastery said it hoped its conference could complement efforts being made by a wide variety of players: politicians, social and health workers, parents, educators, judges and leaders of group initiatives.

Msgr. Segundo Tejado Munoz, undersecretary of the dicastery, told reporters Nov. 26 that the root of all dependencies lies in a sense of unhappiness or dissatisfaction stemming from suffering, frustration or a sense of failure.

The person falling prey to addiction has not found a worthwhile "anchor" to hold onto and so "goes in search of these things, these pseudo-solutions," he said.

Addiction is "a net" people can fall into during "a moment of weakness, of depression. It is very easy for one to fall. But it is also a net that can be torn away," he added.

So no more Monte Carlo nights or reverse raffles? I always found it ironic that the casinos and the mob returned a higher percentage of what was wagered than the Church or the state.