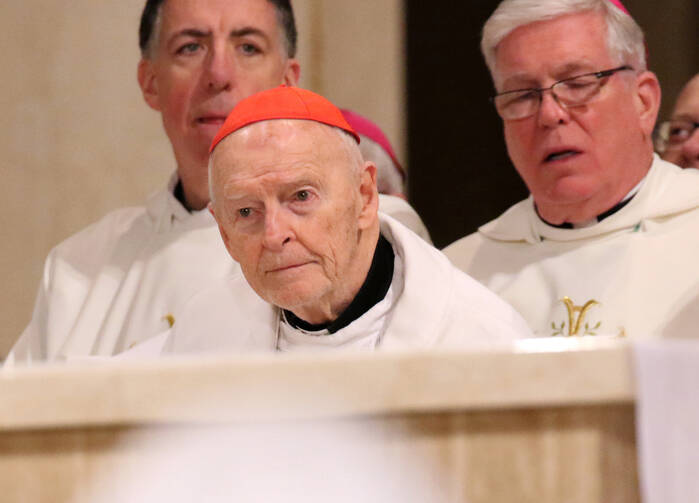 While the ongoing revelations about former Cardinal Theodore McCarrick have certainly been followed by local press and Catholics in Southern California, it is not a story that seems to be generating a lot of energy or attention.

“I don’t think the news has had a huge impact,” says Thomas Rausch, S.J., the T. Marie Chilton Professor of Catholic Theology at Loyola Marymount University in Los Angeles. “He’s not the first hierarch who’s been seriously remiss on these issues.”

Others in different dioceses expressed a similar feeling that after 16 years of such stories, California Catholics are long past the point of being surprised and also perhaps so deeply fatigued as to have trouble processing yet another appalling story of abuse. A certain detachment has become, for some, a necessary coping mechanism.

Meanwhile, other issues are pressing. “There’s a great deal of anguish in pastoral centers and among people who have worked hard to execute real reform [of the church],” says Kevin Eckery, communications director for the Diocese of San Diego. “But I get far more emails and phone calls about things like immigration, issues that are more politically controversial.”

“I get far more emails and phone calls about things like immigration, issues that are more politically controversial.”

“We have so many Hispanics and friends who are suffering,” says Father Rausch. “That’s a very big problem for the church in Los Angeles right now.”

The vastness of the nation may also be having an effect. As prominent as the former cardinal once was, he was an East Coast prelate. And this news reads to some here as a distant concern.

“It hasn’t had the same resonance,” Mr. Eckery agrees, “I think because it is an East Coast story right now.“

But he wonders if the implications of the McCarrick news for California and the rest of the country are still to come. “It hasn’t bubbled up yet, but I’m not convinced it won’t. It brings up a new round of issues having to do not with priestly accountability but episcopal accountability. And that’s a place where we have some work to do.

“When you think about what’s gone on in Chile—the fairly quick action to ask for resignations from bishops who’ve had problems lately—it’s clear this is something the Vatican has thought about,” Mr. Eckery says, “that Pope Francis has thought about.

“But it raises the question: How do we go from the good work that a lot of people did to create safe environments and make that part of our DNA and take it up a level, [to] make sure we have accountability in our leaders that is fair and transparent, appropriate and effective?

Perhaps the story of the woman who anointed Jesus means that women are to choose the bishops. The bishops would be a very different group if women had the choosing.