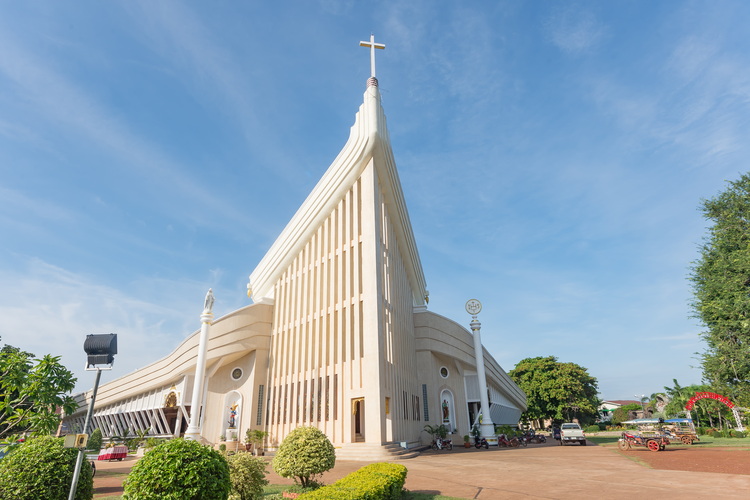 In early July, Thailand was at the center of the world’s attention during a multinational effort to rescue 12 boys from a flooded cave. The boys were members of the Wild Boars soccer club and had been trapped, along with their coach, in Tham Luang Cave in Chiang Rai Province since June 23. People around the world, including Thailand’s tiny but thriving Catholic community, prayed for the safe return of the boys.

Cardinal Francis Xavier Kriengsak Kovithavanij, archbishop of Bangkok and the leader of the Catholic Bishops Conference of Thailand, sent a pastoral letter to the Catholic faithful in that country urging them to pray for the boys’ safety. The search-and-rescue operation which involved many countries and peoples from all backgrounds and faiths took 18 days and brought all the boys and their coach to safety.

It sadly claimed the life of Saman Gunan, a former member of the Thai Navy Seals, who had volunteered to help.

During the crisis, at the Cathedral of Saint Michael in Thare, a small village located along Nonghan Lake in northeastern Thailand’s Isaan region, Catholics offered Mass and asked for the intervention of St. Michael the Archangel to protect the young men.

Isaan is the largest region in Thailand. It is composed of 20 provinces and bordered by the Mekong River, sharing the waterway with Laos to the north and east and Cambodia to the southeast. Thailand is known for its majestic wats, or temples, but Isaan’s landscape also has huge Catholic churches. It is difficult to imagine that in its earliest days the Catholic community here was small enough to gather in small cottages or in rented rooms to celebrate Masses and conduct catechism classes. Now the community produces Catholic priests and religious.

Unlike in Bangkok, where parishioners at Catholic churches are mostly from other countries, the Catholics in Isaan are descendants of Thai people who converted in the last century or are Thais with Vietnamese ancestry. The Archdiocese of Thare-Nongsaeng, covering the province of Sakon Nakhon in the Isaan region, is home to more than 3 million people, with just around 54,000 Catholics, or 1.7 percent of the population.

“The Buddhist monks and the Thai people are hospitable. Sakon Nakhon has the largest concentration of Catholics in Thailand.”

Catholicism in Isaan did not arise as part of the mission of the Dominican Friars in 1660 that established the Vicariate Apostolic of Siam in 1660. Many Catholics here came from Vietnam, escaping persecution under the reign of King Tu Duc in 1848 to 1883. (More would follow in later years after Vietnam’s colonization by the French, when Catholics were involved in the local resistance against colonial authority.)

Despite persecution in the 19th century, the Portuguese Jesuits, the Spanish Order of the Preachers and a group of secular priests and laypersons known as the Society of Foreign Missions of Paris (abbreviated in French as M.E.P) were able to continue mission work in Vietnam. When the persecution in Vietnam began, some M.E.P. priests, along with a few families, escaped to Laos, then a part of French Indochina. They settled and built a church.

After some time, to further spread the faith and to find a livelihood, Catholics crossed the Mekong River and reached the city of Ubon Ratchathani in 1881.

But they did not stop there. One of the priests, Father Xavier Greco (“Keko” to the locals), decided that the Catholic faith must be known far and wide. In 1884, a group composed of 20 families, or around 150 people—Vietnamese and baptized Thais, many of whom were former slaves, and catechumens—crossed Nonghan Lake in a small boat and bamboo rafts. Invoking the intervention of St. Michael Archangel, they reached the Sakon Nakhon Province unharmed.

In remembrance of their ancestors, a boat-shaped Cathedral of Saint Michael was built in the Tha Rae subdistrict in 1968. At the main road, opposite the church, are homes inspired by French architecture that include Thare-Nongsaeng missionary office. That 100-year-old building used to be the office of Father Keko; it is now converted into a private residence and a restaurant.

“The Buddhist monks and the Thai people are hospitable. Sakon Nakhon has the largest concentration of Catholics in Thailand, especially in the Thare district,” Father Prayoon Phongpit, counselor of St. Joseph Sakonnakhon School, said.

“We have to be open more to changes, like intermarriages among Buddhist and Catholics as well as having dialogues with other faiths so we can all live in harmony.”

Father Prayoon’s grandparents were among the first Catholics who traveled from Vietnam to Thare. Thai government policy toward migrants was not always favorable, however, to Catholics.

“Despite the assimilation, the movement of the immigrants were controlled and restricted. Our people needed permission before they could travel outside of Sakon Nakhon,” Father Prayoon recalled.

And since Catholic children could not attend schools in town centers, the first parish priest of Thare, Father Joseph Combouriue, established a parochial school a few years after he arrived in 1885.

During the Franco-Thai War in 1940, Thai authorities found excuses to target the new religion as a means to resist the French occupation. The presence of the French missionaries led to the rounding up of members of the Catholic communities, accused of spying on behalf of the French.

Many Catholics and clergy were tortured to renounce their faith. On Dec. 16, 1940, seven people, including two nuns, a catechist, an elderly woman and three young people, were executed in Songkhon, in Mukdahan Province. They were declared Martyrs of the Church and were beatified by Pope John Paul II in October 1989.

Today, the priests, the religious sisters and laypeople of the region continue to be witnesses of Christ. Though they are seeds scattered on rocky grounds, considering the difficulties missionaries have in obtaining visas, they somehow thrive and continue to bloom. The ecclesiastical province has 72 priests serving 75 parishes. The archdiocese has established eight schools providing excellent education for everyone. Students are required to study the Catechism, but they are not forced to become Catholics.

There is also now an ongoing interreligious dialogue with Buddhist monks.

“We discuss common ground on how we will promote peace and justice as well as in reaching out to each other in times of needs. Every Sunday, together with the Filipino teachers, we teach English to the novices in the Buddhist monastery,” Father Prayoon said.

“We have to be open more to changes, like intermarriages among Buddhist and Catholics as well as having dialogues with other faiths so we can all live in harmony. The key is respect and mutual understanding,” he said. In his work, he is supported by Pope Francis, who recently met with a delegation of Thai Buddhists in Rome.

Francis told them: “It is my heartfelt wish that Buddhists and Catholics will grow increasingly closer, advance in knowledge of one another and in esteem for their respective spiritual traditions, and offer the world a witness to the values of justice, peace, and the defense of human dignity.”

The road to faith is always challenging, yet, like their ancestors who fled Vietnam, the Catholics of Isaan appear ready to face their future. 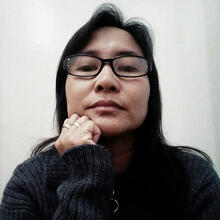 Eunice Barbara C. Novio is from the Philippines and resides in Thailand. She is a lecturer at Vongchavalitkul University in Nakhon Ratchasima and a correspondent for Inquirer.net.

I followed the story of the trapped boys, the partially flooded 3 mile long cave, and the courage and steel will of the local and international divers. I thought at the time, "What a glorious miracle!", not the least because the hose pumping water from the cave broke a few hours later.

Thanks be to God Triune in relationship with Himself and so with us.

Thanks Eunice Barbara and your praying Thai Church.

Who knows but that God sent its founders in the 19th century so that these boys would be rescued in a mission impossible in the 21st century.

It is a concerted effort of peoples from all faith. Thank you so much for reading and for praying with us.

Thank you for sharing, informing and elucidating !

Ciara May Mabeza
2 years 7 months ago

It's indeed a miracle! I never even thought that these boys will ever be found! And yet, presently they're all alive and out of the cave! The Lord never sleeps, he is listening to our prayers.

Long live the memory of the heroic life of the late Petty Officer Saman Gunan. Wishing strength and courage to all his loved ones.