Christ’s resurrection reveals the dignity and destiny of humankind 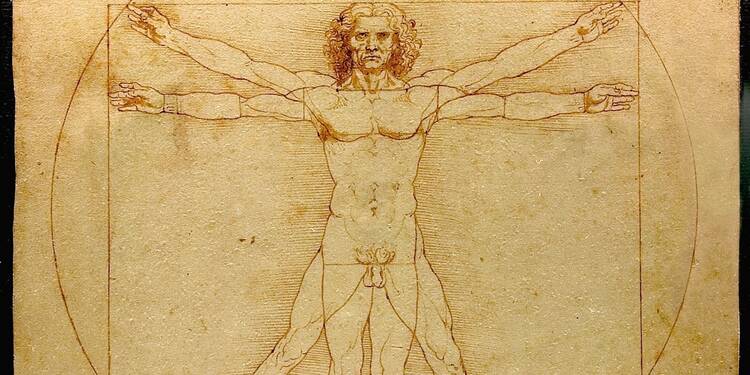 Each Easter, the church quite explicitly claims that the cosmos itself has been transformed by the resurrection of Jesus Christ. She does this implicitly, every other day of the year, by her very act of existence because the church exists so that we may encounter the risen Christ today. The resurrection gave birth to the church, and we are called to embrace the reality of Christ’s resurrection by entrance into the communion of saints, which we call the church.

As one who preaches in and to the church, I solemnly tell you that the world has been changed and that you have been changed because the resurrection reveals that your life matters, that it is meaningful and that it has a destiny. The setbacks and sorrows of your life will yet prove themselves to be purposeful when the glory of Christ and the what-for of the world are finally and fully revealed.

Each Easter, the church claims that the cosmos itself has been transformed by the resurrection of Jesus Christ.

This message has always stood in sharp contrast to the wisdom of the world. The good news was first preached to a weary world, the Greco-Roman world, one that had already tired of its pantheon of gods and its civic institutions. Hope for these men and women was so small. Their wish was only that the final collapse would come in the next generation, not their own.

Today, the resurrection is again preached in a world grown weary, one that tells us that we are insignificant motes in a mindless, cosmic process. Great minds fervently preach to us that our minds are themselves only accidents of evolution. They cajole us to believe that free will is an illusion, ignoring the implicit contradiction that they must do this by appealing to our judgment. Contemporary morality no longer extols self-restraint or self-sacrifice. It has been reduced to our efforts at forestalling the ultimate collapse of the environment, of our way of life. We are told that the best that we can do is to leave something of this sad world to the next generation. And if the life of an individual begins to appear harsher than death, death should be chosen, either by or for the individual.

Yet the resurrection reveals that our lives matter, that they have a purpose and a destiny, as surely as did that of Jesus. Indeed, that Jesus is the first fruits of those who have fallen asleep.

The resurrection reveals that our lives matter, that they have a purpose and a destiny.

Leonardo da Vinci never painted a resurrection scene. His genius led him into so many other fields of human endeavor, discovering truths that often would only be rediscovered centuries after his death. Indeed one of the most famous images that Leonardo leaves us isn’t a painting at all. It is a pen and ink drawing, sketched in his notebook, which all of us have seen, though few recognize it by its name, “Vitruvian Man.”

Here is how the sketch came about. Milan’s cathedral still needed a bell tower, and this created the opportunity for Renaissance minds to bring the medieval structure to completion.

The Renaissance was all about rediscovering the ancient world, and Leonardo was particularly attracted to the ancient Roman architect, Vitruvius, who wrote that “the design of a temple depends upon symmetry. There must be a precise relationship between its components, as in the case of those of a well-shaped man.” So pondering the design of Milan’s cathedral led Leonardo to ponder our own humanity.

In these dark days, it is left to the church to preach the sublime dignity and destiny of humankind.

His biographer, Walter Isaacson, writes: “Leonardo likewise embraced the analogy in both his art and his science. He famously wrote around this time, ‘The ancients called man a lesser world, and certainly the use of this name is well bestowed, because his body is an analog for the world.”

This is why Leonardo’s “Vitruvian Man” is revealed as being perfectly proportioned to the two most basic geometric figures, around which the universe coalesces: the square and the circle. Galileo was already telling the world that it revolves around the sun, not the sun and the stars around the earth. And yet the Renaissance remained profoundly Christian. It believed that man was a microcosm of the world, imbued with meaning, because the best of the ancient minds had believed this and because it was still revealed in the resurrection of the Christ.

Leonardo’s Vitruvian Man embodies a moment when art and science combined to allow mortal minds to probe timeless questions about who we are and how we fit into the grand order of the universe. It also symbolizes an ideal of humanism that celebrates the dignity, value, and rational agency of humans as individuals. Inside the square and the circle we can see the essence of Leonardo da Vinci, and the essence of ourselves, standing naked at the intersection of the earthly and the cosmic.

This is what the great minds of our age should be proclaiming still, but in these dark days, it is left to the church to preach the sublime dignity and destiny of humankind. “When Christ your life appears, then you too will appear with him in glory” (Col 3:4).

We are not momentary sparks of spirit in mindless matter, destined only for decay and death. In Christ, in his resurrection, the destiny of the cosmos has been revealed. “Do you not know that a little yeast leavens all the dough?” (1 Cor 5:6). Spirit will yet claim matter as its own, just as we profess that all matter comes from spirit. Spirit will raise us up, raise up our stories and our lives, as surely as it did that of the Christ.

In Christ, the destiny of the cosmos has been revealed.

On Easter, all of us like to hear the resurrection accounts. It is a cheerful, uplifting tale. But the church tells us that, before her Gospels were even composed, its deepest meaning, its meaning for our lives, was already set forth by her greatest theologian, St. Paul:

Did the Christ Child know his crucifixion was coming?
Terrance Klein
Then we are also false witnesses to God,
because we testified against God that he raised Christ,
whom he did not raise if in fact the dead are not raised.
For if the dead are not raised, neither has Christ been raised,
and if Christ has not been raised, your faith is vain;
you are still in your sins.
Then those who have fallen asleep in Christ have perished.
If for this life only we have hoped in Christ,
we are the most pitiable people of all.
But now Christ has been raised from the dead,
the firstfruits of those who have fallen asleep (1 Cor 15:12-20).

It's funny how Christian porn is considered okay by Christians but other kinds aren't. If this image were in any other context, it would be something to confess. I'm aware of the nature of ancient art in museums. I love ancient art, but this is facebook, not the Vatican museums. It's use here is simply a gratuitous display of male anatomy, a constant reminder that males run everything. I was struck by the same thing at the Vigil last night when they did the candle-in-the-water thing. That's blatant. I felt like saying, "No, God does not have a **** and that's not how everything was created. You have a ****. Let's not worship it." (It appears to be kind of a pagan thing we picked up somewhere like so many of our customs. We need to dump this one.)

After the resurrection of Christ, religious patriarchy is OBSOLETE. In fact, ecclesiastical patriarchy has been obsolete for 2000 years. Christ our Lord redeemed us by his obedience, not by his maleness. Now that the patriarchal culture of male headship is passing away, it is time to ordain women to the priesthood and the episcopate.