Vatican magazine: Nuns are often treated like servants by cardinals and bishops 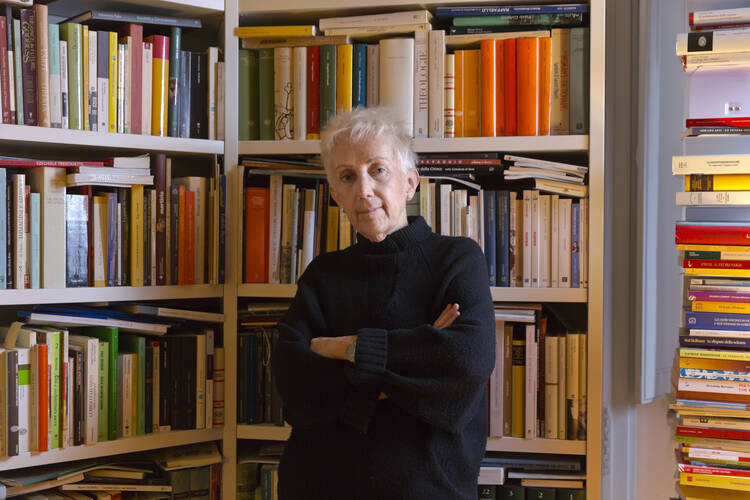 VATICAN CITY (AP) — A Vatican magazine has denounced how nuns are often treated like indentured servants by cardinals and bishops, for whom they cook and clean for next to no pay.

The March edition of "Women Church World," the monthly women's magazine of the Vatican newspaper L'Osservatore Romano, hit newsstands Thursday. Its expose on the underpaid labor and unappreciated intellect of religious sisters confirmed that the magazine is increasingly becoming the imprint of the Catholic Church's #MeToo movement.

"Some of them serve in the homes of bishops or cardinals, others work in the kitchens of church institutions or teach. Some of them, serving the men of the church, get up in the morning to make breakfast, and go to sleep after dinner is served, the house cleaned and the laundry washed and ironed," reads one of the lead articles.

A nun identified only as Sister Marie describes how sisters serve clergy but "are rarely invited to sit at the tables they serve."

A nun identified only as Sister Marie describes how sisters serve clergy but “are rarely invited to sit at the tables they serve.”

While such servitude is common knowledge, it is remarkable that an official Vatican publication would dare put such words to paper and publicly denounce how the church systematically exploits its own nuns.

But that pluck has begun to define "Women Church World," which launched six years ago as a monthly insert in L'Osservatore Romano and is now a stand-alone magazine distributed for free online and alongside the printed newspaper in Italian, Spanish, French and English.

"Until now, no one has had the courage to denounce these things," the magazine's editor, Lucetta Scaraffia, told The Associated Press. "We try to give a voice to those who don't have the courage to say these words" publicly.

The magazine is increasingly becoming the imprint of the Catholic Church's #MeToo movement.

"Inside the church, women are exploited," she said in a recent interview.

While Pope Francis has told Scaraffia he appreciates and reads the magazine, it is by no means beloved within the deeply patriarchal Vatican system. Recent issues have raised eyebrows, including the March 2016 edition on "Women who preach," which appeared to advocate allowing laywomen to deliver homilies at Mass.

One of the authors had to publish a subsequent clarification saying he didn't mean to suggest a change to existing doctrine or practice.

Other recent issues have explored the symbolic power of women's bodies and "rape as torture."

Scaraffia, a Catholic feminist and professor of history at Rome's La Sapienza university, sees the magazine as a necessary tool to push the envelope on issues that matter to half the members of the Catholic Church. The fact that a women's supplement to L'Osservatore Romano is even necessary is indicative of what she's up against. L'Osservatore is the official newspaper of the Vatican, publishing official papal decrees and speeches and maintaining an editorial line that reflects the priorities of the Holy See.

Other recent issues have explored the symbolic power of women's bodies and “rape as torture.”

The March issue of its women's magazine is dedicated to "Women and Work," and explores many issues that are in some ways correlated to the #MeToo movement, including the gender pay gap, the lack of women in leadership positions, and the "Ni Una Menos" movement to combat feminicide and violence against women, often by spurned lovers.

During his recent trip to Peru, Francis denounced feminicide and gender-based crimes that have turned his home continent, Latin America, into the most violent place on Earth for women. He also has frequently called for dignified work — and dignified pay — for all. And in a recent prologue to a book on women's issues, Francis acknowledged that he was concerned that in many cases, women's work in the church "sometimes is more servitude than true service."

The March edition of "Women Church World" drives that home, with a lead article "The (nearly) free work of sisters," by French journalist Marie-Lucile Kubacki, the Rome correspondent for the La Vie magazine of the Le Monde group.

Kubacki noted that sisters often work for prelates or church institutions without contracts. When one falls sick, she is simply sent back to her congregation which sends another in her place.

Other sisters, meanwhile, show remarkable intellectual gifts and earn advanced degrees, but aren't allowed to put them to use because the collective nature of religious communities often discourages personal advancement, another nun, Sister Paule, told the magazine.

“Behind all this is the unfortunate idea...that priests are everything in the church while sisters are nothing.”

"Behind all this is the unfortunate idea that women are worth less than men, and above all that priests are everything in the church while sisters are nothing," Sister Paul said.

Sister Marie noted that many nuns from Africa, Asia or Latin America who come to study in Rome hail from poor families, whose extended care is often paid for by their congregations. As a result, they feel they can't complain about their work conditions, she said.

What unique contributions do women religious offer the church?
Our readers

"This all creates in them a strong interior rebellion," Sister Marie reported. "These sisters feel indebted, tied down, and so they keep quiet."

Scaraffia said she wanted to give these sisters a voice, even though she counts herself among the church's exploited.

Neither Scaraffia nor the eight-member editorial staff of Women Church World is paid. The magazine, funded by a grant from the Italian postal service Poste Italiane, pays contributors for their articles, but it is published each month thanks to the free labor of its editorial staff.

As a cradle Catholic and a woman, it seems to me the publishers of "Women Church World" need to go back and read the Gospels. Jesus taught the first shall be last, and the last shall be first (Matthew 19:30). These holy and humble sisters are taking Jesus' words to heart as they serve others and put their needs before their own. They are 'taking the lowest place' (Luke 14:10) so they can 'store up their treasure in heaven' (Matthew 6:20). God will surely reward them for their humility and poverty. There is nothing wrong or demeaning about serving others. When it is done for love of God and others, it is a path to holiness. Why then, do the 'Catholic feminists' demand these holy nuns be given their reward here on Earth? Why do they want to lead them astray?

On the other hand, if some of these Cardinals and Bishops are ungrateful or dismissive of the sisters that serve them, they should take their cue from these humble sisters and learn about self-sacrifice and service. If not, they will have to answer for their behavior when they stand before God.

We feel the anguish of the Sisters. Here in the States it's well known that leadership hierarchy generally only listens to those with power and money (and not staff) because, well, why should they? I recall a Cardinal in my hometown who would come to a gathering and greet people in this way, and verbatim, "And you are...? And you do...?" It certainly cuts to the chase. Why linger over no name/no money types? I always thought the best response for me would have been "Chris, $800k".( a dream LOL). His response, "Clear my calendar for the day." When he would arrive to say Mass everyone on parish staff including the Priests were terrified of him. He was not the kindly Shepherd of the Flock but more of a martinet of the Flock. Where, oh where, was Christ??

According to statistics, in the 1960s, there were 180,000 nuns in America. That number has slipped well below 47,000., and is dropping ever more. I just can't see young American women rushing to become 'hand maidens' to priests and bishops. The church my Dad attend, is run entirely by an order of Polish nuns.

True service in humility is the offering of our gifts to others, rather than using them for our own benefit. I rarely see a Catholic woman fully respected for what she has to offer - for her work, maybe, but not her intelligence, skills and dedication.
As a mother I gave up my career so that my gifts may "serve" my family. I am not a servant, however, and I raise my children to be helpful, respectful, intelligent and responsible. I suggest that if adult relationships in the Church are missing this reciprocal respect and care for others' fulfilment as a person, then introspection is needed.

The powerlessness of nuns is a problem for all women in the church. People tend not to respect those who don't show respect for themselves. Nuns are held up as an example of holiness when they are a far better example of women who have yet to claim their adulthood. When nuns disappear from the church, there will be some hope of women stepping up to claim their rightful role in the church community.