U.S.C.C.B. anti-racism committee will seek to improve the church’s role in racial relations 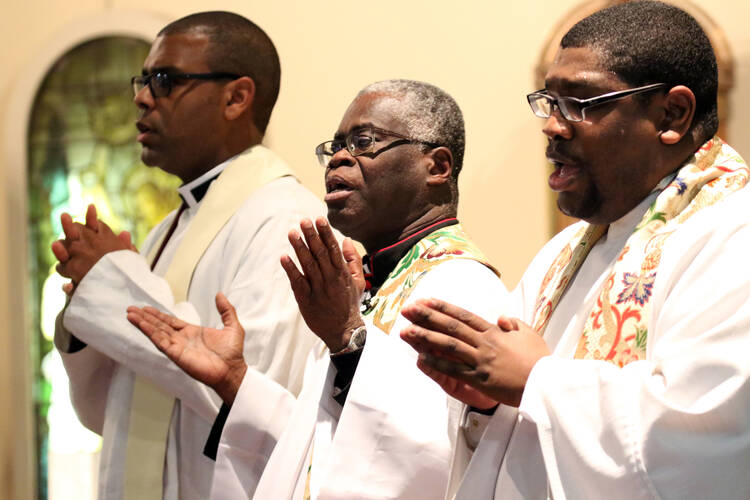 “Racism is an evil which endures in our society and in our Church,” the U.S. bishops wrote in their 1979 pastoral letter on racism, “Brothers and Sisters to Us.” It was the first of its kind, described as a way to “call attention to the persistent presence of racism and in particular to the relationship between racial and economic justice.”

Twenty-five years after “Brothers and Sisters to Us,” the U.S. Conference of Catholic Bishops commissioned a study to discern its implementation and reception. The results of that study painted a disheartening picture of the church’s relationship with the black community.

Since 1979, the study found, only 18 percent of U.S. bishops had issued statements condemning racism. Of those, very few addressed systemic racism. In addition, the study noted that many diocesan seminaries and ministry formation programs were inadequate in terms of their incorporation of the history, culture and traditions of the black community.

A part of the problem has been that throughout its history, the church itself has participated in fostering racism. During the 19th century, some U.S. bishops defended slavery; and during the 20th century, many Catholics opposed the civil rights movement and encouraged—or at least acquiesced in—racial segregation. Why has the church in the United States been incapable of enunciating straightforward principles and taking decisive action regarding racism that has led to a change of attitude?

Why has the church in the United States been incapable of enunciating straightforward principles and taking decisive action regarding racism that has led to a change of attitude?

Recent highly publicized events in our country have involved the targeting of African-Americans, Hispanics, Jews, Muslims and immigrants. These events have forced us to realize that the discussion on equality must run deeper if we are to be true to the principles on which our faith is built and on which our country was founded.

Last August, Cardinal Daniel DiNardo, president of the U.S.C.C.B., established the Ad Hoc Committee Against Racism. This committee, on which I serve as chair, will focus on addressing racism in our society, and even in our church, and on the urgent need to come together as a nation to find solutions. The bishops have made the eradication of racism a top priority, and we are committed to the goal of helping the church become a consistent and productive voice in eliminating this plague.

The committee has begun with the reality, as expressed in “Brothers and Sisters to Us,” that “Racism is a sin: a sin that divides the human family...and violates the fundamental human dignity of those called to be children of the same Father.”

The bishops and lay members of the committee will listen to the needs of individuals who have suffered from the sin of racism. We will bring to the table members of the African-American community, members of the Hispanic community and people of different races and religions in an ecumenical gathering to work with us to find solutions to this epidemic of hate that has plagued our nation for far too long.

Through listening, prayer, meaningful collaboration and action, we will seek a common ground where racism can no longer find a place in our hearts or in our society.

Through listening, prayer, meaningful collaboration and action, we will seek a common ground where racism can no longer find a place in our hearts or in our society.

Another initiative will be to organize listening sessions around the country to better understand the many faces of racism and how best to respond. We will likewise prepare materials that dioceses can use to encourage parishioners and students in Catholic schools to better understand what racism is, recognize its many manifestations and take concrete action to overcome it. In these ways we hope to challenge the reluctance that many people have to speak about racial attitudes. The key, though, will not be to simply talk but rather to change hearts, which will lead to a change of attitude and then a change in behavior.

What does it mean to be a black Catholic in 2017?
Anthony Carter

If the Catholic Church in the United States is to exemplify the love of Christ, it must move forward with the realization that no one can enter full into communion with Jesus Christ if one’s relationship to the other is marked by indifference or oppression.

The church has an opportunity to acknowledge its past contributions to the evils of racism, to ask forgiveness of one another and to commit itself to living in communion as the people of God that Jesus envisioned at the end of his earthly ministry.

In order to become one, we must speak the truth and reach out to one another in a spirit of reconciling love and solidarity.

George V. Murry, S.J., is the bishop of Youngstown, Ohio and chair of the U. S. bishops’ Ad Hoc Committee Against Racism. 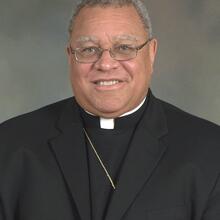 George V. Murry, S.J., is the bishop of Youngstown, Ohio, and chair of the U. S. bishops’ Ad Hoc Committee Against Racism.

Who are the racist and what have they specifically done? The discussion should particularly focus on the latter. Unless something is made specific, it cannot be changed. Talking in generalities will not change anything.

I don't mean 40 years ago or a hundred and 40 years ago. We should discuss today because today is what is relevant if the objective is to improve something.

The Warmth of Other Suns by Isabele Wilkerson and Just Mercy by Bryan Stevenson are 2 books I would highly recommend for anyone interested in learning more about the history of racism in our country.

Friends of mine, two nuns, attended a parish Mass in mid-Westchester, NY the Sunday after President Trump stated there were good people on both sides of the Charlottesville protests. At the conclusion of Mass, the celebrant spoke to the congregation. If anyone in the pews agreed with those who espoused and behaved with racist words and actions, he said, they were not consonant with Catholic beliefs and teachings and that they should leave the Church.

When the issue is something other than abortion, and especially for racism, some of our conservative/libertarian co-religionists seemingly have a hard time being so rigid in their prescriptions for faithful Catholicism! I know so because I received a telephone call from one such person.

The local Catholic paper had published two quite reactionary letters in response to a story on a statement on racism created among several parishes in the archdiocese. I wrote a letter opposed to the letters that were published. In reaction to my published letter the caller wanted me to know that he and the original letter writers know that the Catholic Church has been taken over by “commies and liberals.” Regrettably the caller’s surname was ethnically similar to my own!

65 years ago I had the good fortune to grow up in a neighborhood in West Harlem that was diverse in race, ethnicity, and religious backgrounds. The Catholic parochial school that I attended was equally and substantially diverse in race and ethnicity, all Catholic. That is not what existed in most Catholic schools in the nation back then and doesn’t exist as such now. The Catholic Church in the USA needs to take a good hard look at itself and a committee without power isn’t enough to accomplish it.