How can the church and laity work together to promote ‘Amoris Laetitia’? 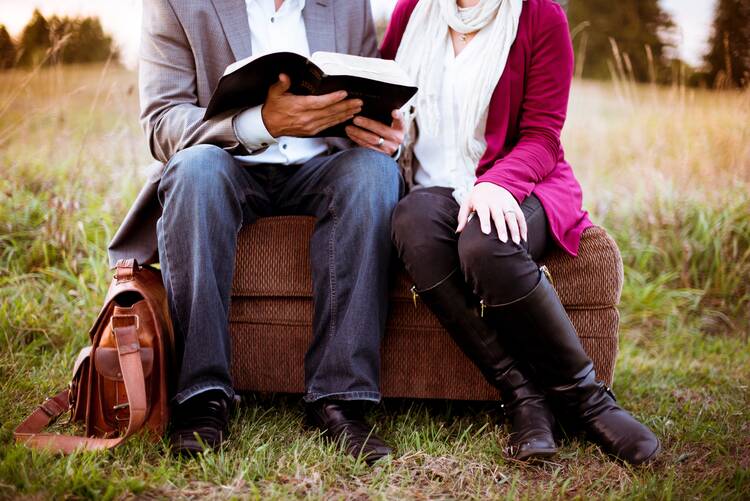 Major papal documents often get limited media coverage when they first appear and later are forgotten except by scholars and church leaders. Truly important documents are studied in seminaries and incorporated into religious education textbooks, and their ideas trickle down to the faithful.

Pope Francis’ apostolic exhortation “The Joy of Love” (“Amoris Laetitia”), the product of the pope’s thinking after two synods of bishops on the topic of the family, received wide coverage both in the Catholic and secular media when it came out in 2016. Much of the coverage was focused on the document’s opening in Chapter 8 to the possibility of divorced and remarried Catholics, who had not received an annulment of their first marriage, receiving Communion.

A small but vocal group of Catholic commentators (including some bishops and cardinals) felt this was an unacceptable breach of church teaching. Most of the faithful (62 percent), however, favored extending Communion to divorced and remarried Catholics, according to a Pew Research Center poll.

As the pope says, one of the great sins of the church is its infantilization of the laity.

On Oct. 5 to 6, 2017, a group of theologians and bishops met at Boston College to reflect on “Amoris Laetitia.” The conference was convened by Cardinal Blase Cupich of Chicago and James F. Keenan, S.J., of Boston College’s Jesuit Institute.

Participants noted that the reception of “Amoris Laetitia” has been positive from laypeople who have read the document or experienced programs based on it. People have found it realistic in its description of the challenges facing families. Hispanic and black theologians described how the document’s ideas resonate in their communities.

But everyone quickly acknowledged that more needs to be done. The opioid crisis and unemployment are destroying families. The poor are less likely to get married and more likely to get divorced than those in upper income bracket. Extended families are often not present to help couples. And young people are abandoning religion in droves.

It is time for the laity to educate themselves, speak out and act like true disciples of Christ in spreading the joy of the Gospel.

Parishes need to be more welcoming to families, especially families in difficulty. “Amoris Laetitia” encourages “listening” as the first response. “Accompanying” is another key word: accepting people where they are and then traveling with them in their journey toward God.

But who is going to do this accompanying? Priests ordained under John Paul II and Benedict XVI are often suspicious of the document. Until seminary faculties and administrators change, there is little hope that new priests will be open and welcoming. Alienated Catholics who give the church another try often do not meet priests like Francis in their parishes. When they experience condemnation and exclusion, they leave, never to return.

The conference participants were certainly encouraged by what they heard about the reception of “Amoris Laetitia” in France, Germany and Italy from visiting bishops and theologians. Also hopeful was the participation of Cardinal Kevin Farrell, prefect of the Vatican Dicastery for Laity, Family and Life. Antonio Spadaro, a fellow Jesuit and close confidant of the pope, was also a participant.

What role does the laity play in all of this? First, laypeople should read Chapter 4 of “Amoris Laetitia” and give that chapter to any couple preparing for marriage or experiencing the ups and downs of family life. Next, the laity must speak up. Bishops and priests hear mostly from the disgruntled. Tell them how much you like Pope Francis and his stress on compassion and mercy.

As the pope says, one of the great sins of the church is its infantilization of the laity. It is time for the laity to educate themselves, speak out and act like true disciples of Christ in spreading the joy of the Gospel. As Cardinal Farrell noted at the conference, priests have no direct experience of marriage, and it is therefore up to lay people to become leaders in reaching out to families in parish communities.

Thomas J. Reese, S.J., is a senior analyst for Religion News Service. Previously he was a columnist at The National Catholic Reporter (2015-17) and an associate editor (1978-85) and editor in chief (1998-2005) of America. This column is from Religion News Service and has been edited for length.

The call by Fr. Reese for the laity to work with priests and bishops and educate them about the issue facing families, especially when it comes to implementing Amoris Laetitia (AL), is unfortunately not the answer to this complex problem. Let's get real here. For more than 40 years, many Catholics have met with priests about the hardship and almost impossible circumstances they face in a divorce and remarried situation. What most of them have head from priests, especially those educated under the papacy of JP II and Benedict XVI, is the same old tire teaching whereby unless they get an annulment or the other spouse dies, they must practice a life-time of sexual abstinence.

During the Synod on the Family, one of my parish priests told me that many young couples who enter marriage do not fully understand the seriousness of the Church's teaching, are often immature and frequently commit foolish errors of judgment. They make 'mistakes'. After a few years, or more, many realize they made a mistake, seek forgiveness and want to come back to the Church. Many have successful second marriages and cannot go back to their original spouse where a reconciliation is impossible. However, when they seek a reasonable pathway they often find themselves treated as second-class citizens and standing on the outside of the doors of the Church. In other words, lifetime sexual abstinence will endanger their current marriage. It is not a reasonable pathway.

Now Amoris Laetitia (AL) comes along and suddenly there is hope and mercy, forgiveness and accompaniment, virtue and discernment in a pastoral approach that involves the internal forum and the agent's informed conscience. Clearly, this is the first time that the informed conscience is being integrated into the praxis of the Church. However, the bishops are divided AL and the difference between the letter of the law and the spirit of the law.

The good new is that the bishops of Argentina, Germany, Austria, Malta and San Diego are leading the way. However, more needs to be done. The laity cannot be expected to solve this problem.

Yes, Jesus often relied on polls and popular opinion before handing down his teachings! Yikes. Jesuits and progressives prefer popularity rather than teaching the Lord's hard truths.

Most of the laity do not read papal documents, nor do they educate themselves about the philosophy and theology that underpin various moral teachings. Even for those that do so, most don't like to challenge their parish priest or try to educate them on the issues facing families or push them to adopt Amoris Laetitia. Similarly, most priests will not go against the judgement of their bishop. This does not make this right or wrong but realistic about existential reality. On the other hand, more Catholics should not be sky about making their voices known to their parish priests and bishops.

To be clear here, I can easily argue in support of the pastoral principles expiated by Pope Francis in Amoris Laetitia (AL), in particular how Holy Communion for the divorced and remarried can be permitted. While I will not go into details here, in many ways AL is a teaching about God's love and mercy. It is also about meeting people where they stand and accompany them on their road to Christ. To be clear, AL is not about doctrine. AL is about the inviolability of a properly formed and informed conscience (e.g., the internal forum) under the guidance of a priest.

It is important to recognize that an informed conscience is not to be confused with a person who does what they want to do merely to suit their circumstances. This is 'not' an informed conscience. Catholics must educate themselves sufficiently about church teachings and seek the guidance of their parish priests and competent theological experts.

Catholics are required to follow their informed conscience when they judge it to be right and true, not when they judge it to be erroneous and false. However, merely because a judgement of an informed conscience is in tension with a moral teaching of the Church does not make it automatically erroneous. A good example is the moral teaching that artificial birth control is intrinsically evil regardless of ends, intentions and circumstances. Many moral theologians, bishops and priests believe that artificial birth control is seldom or never a sin. This is a judgement of their 'informed consciences'.