What angels and smartphones teach us about our humanity 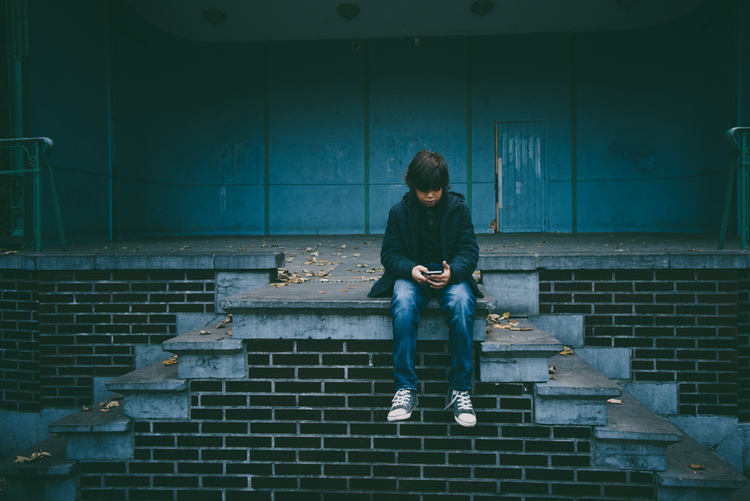 Photo by Gaelle Marcel on Unsplash.

St. Thomas Aquinas taught that each angel was its own species, meaning that there is as much difference between one angel and another as there is between a butterfly and a tiger. Of course, angels are—to use a more contemporary word—pure intelligences. Or, using an older one, pure spirits. So the stark distinctions among angels are not due to their physical characteristics. They have none, even though, artistically, the church seems to love long-haired waifs with wings.

This may strike you as the most esoteric of information, close to that oft-ridiculed medieval question about the number of angels fitting onto the head of a pin. But not when Aquinas contrasts angelic nature with our own. Aquinas says that each angelic being perfectly fulfills what it means to be an angel. That is why each angel is its own nature, complete within itself. Then, the Angelic Doctor turns his attention to us. Using the same language of Aristotle, he says that each and every human being is only a small part of what we call human nature. Put another way, human nature is not complete in any one of us. It is always partial. It will only be complete and completely realized when the last human being has been created and redeemed.

We cannot be human, cannot be ourselves, without other human beings.

Still not seeing the take-a-away? Try this: Angels do not need other angels to be themselves, but we cannot be human, cannot be ourselves, without other human beings.

Let us close our book of medieval angelology and pick up the most recent issue of The Atlantic, where Jean M. Twenge, a professor of psychology at San Diego State University, calls the effects of the smartphone on today’s teens, who have never known a world without it, “seismic.” She writes:

I call them iGen. Born between 1995 and 2012, members of this generation are growing up with smartphones, have an Instagram account before they start high school, and do not remember a time before the internet. The Millennials grew up with the web as well, but it wasn’t ever-present in their lives, at hand at all times, day and night.

Staying at home, secluded in their bedrooms, exposed to hour after hour of social media, many of today’s teens, quite literally, sleep with their smartphones. They are a bit like the Borg of Star Trek. They cannot be cut off from the collective.

This is not a screed about the weakness of the current generation. Ms. Twenge points out that today’s youth are actually safer than the millennials were, because they go out less, date less, drink less, party less. Teenage pregnancies are down. So, what is “seismic” about this shift?

Rates of teen depression and suicide have skyrocketed since 2011. It’s not an exaggeration to describe iGen as being on the brink of the worst mental health crisis in decades. Much of this deterioration can be traced to their phones.... There is compelling evidence that the devices we’ve placed in young people’s hands are having profound effects on their lives—and making them seriously unhappy.

Studies indicate that time spent in front of a screen directly influences levels of happiness, as reported by teens. “Eighth graders who spend ten or more hours a week on social media are fifty-six percent more likely to say that they’re unhappy than those who devote less time to social media,” Ms. Twenge reports. And “the opposite is true of in-person interactions. Those who spend an above-average amount of time with their friends in person are twenty percent less likely to say they’re unhappy than those who hang out for a below-average amount of time.”

What’s happening? Ms. Twenge thinks the explanation is quite simple:

For all their power to link kids day and night, social media also exacerbate the age-old teen concern about being left out. Today’s teens may go to fewer parties and spend less time together in person, but when they do congregate, they document their hangouts relentlessly—on Snapchat, Instagram, Facebook. Those not invited to come along are keenly aware of it. Accordingly, the number of teens who feel left out has reached all-time highs across age groups. Like the increase in loneliness, the upswing in feeling left out has been swift and significant.

One might say today’s teens have an almost God-like ability to watch the world happen around them—an ability St. Thomas Aquinas also attributed to the angels. Yet living less of their lives in the world with others saddens their very existence. To come back to the theological: Angels do not need other angels to be themselves, but we cannot be human, cannot be ourselves, without others.

So why do so many people today seek to live a life of faith by themselves? Why do they think that the parish is a dispensable part of discipleship?

Difference does not breed conflict. Not when it is lived in community. Isolation does.

Because instead of drawing us together, which was its promised grace, modern media is driving us apart. Our sin, if you will, is that we select the cable networks and websites that reinforce who we already are, and we shun contact with those whose very difference might prompt our growth. As Cardinal John Henry Newman put it, “The energy of the human intellect does from opposition grow.”

The Power of the Church at Work
Michael Simone

Not long ago, there was a push for “designer parishes.” If you were in an urban area, you were urged to select the parish whose music, preaching and interests matched your own. Yes, that makes you more comfortable, but, if Aquinas is right, it is also going to make you less of a human being and much less of a disciple than the one who goes to church week after week to share life with those who are different.

Difference does not breed conflict. Not when it is lived in community. Isolation does, because sooner or later we must collide with something other than ourselves. It not a question of condoning evil. It is one of recognizing both good and evil through our engagement with others.

Ezekiel was made a watchman for the House of Israel. He was commanded to warn the wicked, meaning: engage with them, not talk about them online.

Jesus said to his disciples:

If your brother sins against you,
go and tell him his fault between you and him alone.
If he listens to you, you have won over your brother (Mt 18:15).

Difference does not breed conflict. Not when it is lived in community. Isolation does, because we cannot be human, cannot be ourselves, without other human beings.

"Difference does not breed conflict", unless that difference results in an abscence of Authentic Love. That difference makes all the difference.
What angels can teach us about our humanity is that we were Created for communion with God; "Hark the Herald Angels Sing, Glory to The Newborn King, Peace on earth and Mercy mild, God and sinners, reconciled."
We cannot be human, cannot be ourselves, without existing in Loving relationships, in communion with The Ordered Communion of Perfect Love, The Most Holy And Undivided Blessed Trinity.

"Because instead of drawing us together, which was its promised grace, modern media is driving us apart. Our sin, if you will, is that we select the cable networks and websites that reinforce who we already are, and we shun contact with those whose very difference might prompt our growth."

So true. Which is why we could all benefit from a different type of media, a media which serves first and foremost as a means to convey authentic Love.

This article reminds me of an expression within some African tribes which translates into English "I am because of you" or "I am who I am because of you." Both meanings are implied in the original saying.
It is a way of acknowledging that there really isn't any such thing as "the self made man." We become human and become who we are through an intimate and intricate web of relationships with other significant human beings within our lives, starting with our parents who gave us physical life and continuing on with siblings, relatives, friends, teachers and any and all people who touch our lives, for good or for ill.
If we are honest with ourselves, we owe a debt of gratitude to hundreds of individuals who helped to influence, shape, form and contribute the person we have become and continue to become. Human beings are by nature social animals and cannot thrive apart from communion with other human beings.