Why are there so many statues in Catholic churches?

Why are there so many statues in Catholic churches? 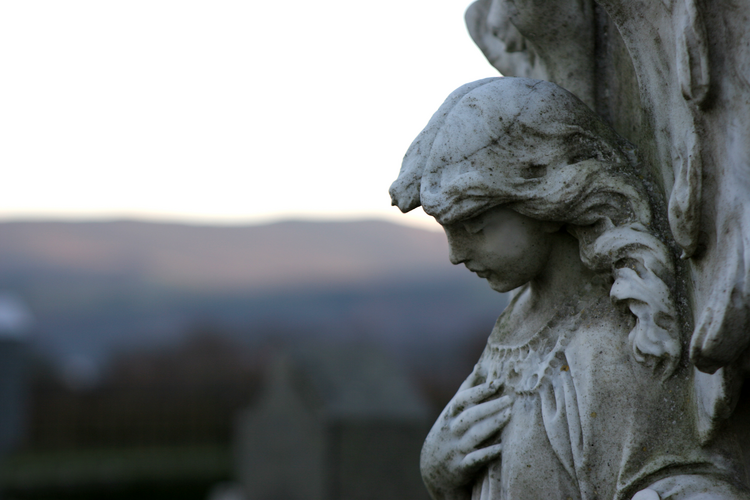 It was a Sunday morning in summer, and our family was on a bit of a holiday. We had joined cousins at the lake. That still meant getting to Sunday Mass in a neighboring town. I have no idea how we knew where to go and when. Who remembers how we did anything before the internet?

We found the church, without too much difficulty. Dad, Mom and we three kids made our way up the aisle, genuflected and entered a pew midway in the nave. A little farther back than usual for us, but we were visitors.

The altar was covered with a green cloth, much like those that used to cover all altars, when they weren’t being used. It had three gold circles, entwined to represent the Trinity. I was not sure where the tabernacle was, but the back wall of the sanctuary had a large wooden reredos. It might be anywhere in there. But, when I couldn’t locate the tabernacle candle, I felt compelled to whisper my concern to Mom, “I don’t think we’re in a Catholic church.”

“Of course, we’re in a Catholic church.”

“I don’t see any statues. Not Mary, not Joseph, not even Jesus!”

My mother pondered this for a moment, turned around and asked the two ladies in the pew behind us if this was a Catholic church.

“No, this is Redeemer Lutheran Church, but you’re welcome to join us.”

My mother thanked them for the hospitality and motioned for the family to get up. We were still in the obligatory kneeling period. We all made the sign of the cross and, one by one, exited the pew, each of us genuflecting before we made our way back to the door.

Sanctuary lamps can burn out, but statues struck us as the sine qua non of a Catholic church.

Sanctuary lamps can burn out, but statues struck us as the sine qua non of a Catholic church. The next church we found that morning had plenty of them. It was like seeing old friends in a new place.

The role of statues in Christian life and prayer was a contested point of the Reformation, though Luther did not find them as problematic as Calvin did. But the statues of the Catholic West, like the icons of the Christian East, point to something deeper than a polemic about their place in prayer. Statues bespeak the role of the human in our faith.

Obviously, one can build a Catholic church without them. They were downplayed in many of the churches that were constructed immediately after the Second Vatican Council—churches that today are not among our most beloved, because, to many, they lack a sense of the sacred.

The Reformation insistence that a statue should never be confused with, or conflated into, the divine is valid enough. Jews and Muslims refuse to employ human images in their sacred spaces for this very reason.

For us, the Incarnation means that God is made manifest in the human, in the person of the Son, Jesus Christ.

Indeed, if a visitor knew nothing about Catholicism or Orthodoxy and entered one of our traditional churches, he or she might wonder if it was not humanity itself that we worshipped, that we found to be sacred. Look around our churches. There are statues, paintings and icons of men, women and children in states of bliss, of humans suffering terribly, of beautiful youths with wings.

Such strangers might conclude that we represent a very primitive stage of religion, one where the transcendence of God was not properly recognized. They would be wrong about the primitive but not about what we see as sacred. For us, the Incarnation means that God is made manifest in the human, in the person of the Son, Jesus Christ.

That is why Catholic and Orthodox forms of worship revel in the human. We do more than depict humanity in all is variations on the walls of our churches. We vest mere humans in sacral robes. We light candles, burn incense, smear oil and sprinkle water as though God could come to us through our senses.

Catholic and Orthodox forms of worship revel in the human.

There are not many moments in our worship when our bodies are not being used to say something about what we believe, moments when we are not standing, kneeling, processing, crossing ourselves or holding out our hands. It almost seems as though we shunned shutting our eyes and our mouths, shied away from stilling our bodies and waiting in silence upon the transcendent.

For us, a God beyond the human is inconceivable. We do not mean that the eternal God is limited to the human. Not at all. Like Jews and Muslims, we also insist that God is utterly transcendent, a mystery quite beyond us. Yet as we, admittedly, cannot conceive of God’s very self, we revel in the self-revelation of God, which, for us, is centered in the human, in the one who is fully God and fully man, Jesus Christ.

There are not many moments in our worship when our bodies are not being used to say something about what we believe.

Today, many people describe themselves as spiritual rather than religious. They recognize that some true mystery lies far beyond or far beneath themselves. Indeed, this mystery is so transcendent that it need not intrude into their lives. It is something to be pondered when they are ready, at a time of their choosing, in the tranquil cloister of their own thoughts.

What a perfectly lovely form of spirituality! It is so antiseptic, so set free from all the messiness of human life. There are no church leaders to disappoint us. No hypocrites wanting to share a pew. No expectations at all, stemming from a life shared with others believers. No scandal. No sin. No strife.

You Are the One!
Michael Simone

But we, who feel compelled to gather each Sabbath, are dismissed by the enlightened ones as spiritually immature, dependent. We think that we need to hear—and from another human being!—“Your sins are forgiven.” We think that we need to humbly stretch out our hands when no more than another human says to us, “The Body of Christ.” Why, we don’t even consider ourselves to be married unless we gather in front of other believers and solemnly promise ourselves to God and to them. We think that little acts of sacrifice and penance are pleasing to a God whom we cannot even comprehend, that such a God takes note when we light a candle.

What a fright of a faith we have! We cannot seem to rid ourselves of saints and sinners, of sacred spots and seasons, of statues, symbols and sacraments. We truly believe that the utterly inconceivable God comes to us by way of the merely human. Why, what sad, spiritual infants we are, so reliant upon the human, nestled in the breast of Mother Church!

Statues in Church can be over-done, but personally, I like Statues of Jesus, Mary, Joseph and other Saints, Angeles too in Church. This because it helps me to image forms, giving a kind of tangibility say, to the person with whom I may be in prayerfull conversation. This of course secondary to conversation with Jesus in the Blessed Sacrament, around Whom all the Saints and Angels are gathered in persona, the testimony of faith confirming this! Just make sure the Statues are in likeness as accurate to the person being depicted as in real life, and not some ethereal saccharine representation!