Hate public speaking? Here’s why you should lector anyway

Hate public speaking? Here’s why you should lector anyway 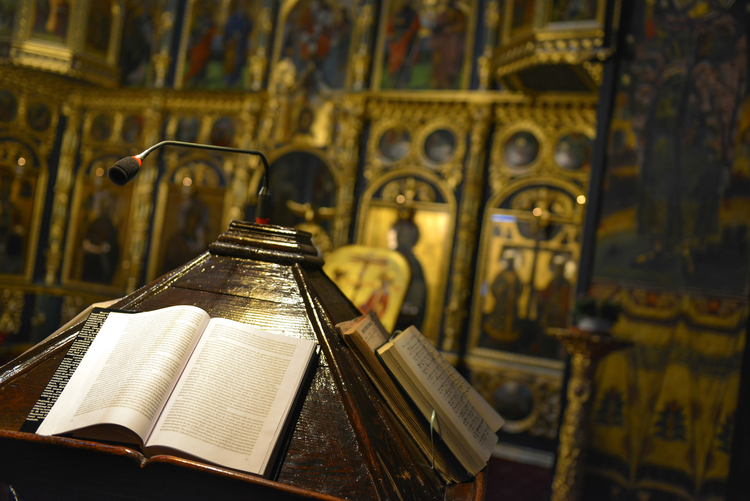 As I walk up the stairs to the podium, I go through my normal routine. I adjust my tie, run my hand through my hair, unbutton my blazer, breathe in, breathe out. “1…2…3,” I whisper to myself as I step forward and begin.

“A reading from the Book of Genesis.”

Speaking in front of a hundred people did not come naturally to me. My decision to become a lector was surrounded by doubt and fear—the doubt and fear that everyone afraid of public speaking knows too well.

My decision to become a lector was surrounded by doubt and fear.

I grew up attending Mass each week with my family, listening to my grandfather lector at our parish. For years I heard my grandfather talk about his love for reading the Bible at Mass. He was filled with pride knowing he had instilled that same love in his five children, including my mother.

One day when I was in in the 8th grade, I was given a sign-up sheet for becoming a lector. It had never been something I considered doing. Even the idea of public speaking frightened me. I put it aside, keeping open the slight possibility that I might volunteer someday.

Later that same week my grandfather suffered a stroke and spent a few days in a hospital before passing away. The last time I saw my grandfather was when I visited him in the hospital. Trying to make conversation to take his mind off his pain, I started with our usual small talk. “So the Yankees might go far this year.”

“As long as Jeter stays healthy,” he replied. This went on for a while until I realized what I could discuss with him.

I mentioned the possibility of me becoming a lector. As soon as I did, my grandfather’s face lit up. He asked me about how I felt about speaking in front of a large group of people. Trying to seem as confident as possible to my grandfather, I replied, “Eh, I’m not really that nervous.”

Without my grandfather’s guidance I would never have been able to become a true participant in the Mass or my faith.

“That is a load of garbage, and you know it,” he shot back. “I know you’re scared because it’s natural to be afraid of something like this. And because everyone in our family has been scared of it, your mother and myself included.”

This hit me like a train. I had always seen my grandfather as a big, strong man who did not fear anyone or anything. He was a fireman who could face anything that came his way.

In that moment, I saw a different side of my grandfather—a side that did have fears. But this realization only made my grandfather seem stronger. He was still a determined person, but he was that much more courageous because he had worries and faced them.

“It’s important to face your fears, James. Don’t let them hold you back or prevent you from finding happiness in life,” he told me.

My grandfather had faced his fear and ended up finding one of his life’s passions. Two days later, he passed away. That day, I signed up to become a lector.

My decision not only gave me a way to overcome a phobia, but it also opened a new door to actively participating in my faith. Before, going to church was something I had to to do because my parents wanted me to be there. I was present at the Mass every week but was only going through the motions.

Since deciding to become a lector four years ago, I have gained a much deeper appreciation for my Catholic faith. Mass is no longer something I have to go to; it is now something I want to attend. Whether I am in the pews, surrounded by members of a community I now consider myself a part of, or I am at the ambo, speaking to those same people, I take pride in participating in something I value so highly.

Each time I walk up the steps and prepare to speak, I remember everything my grandfather has taught me. I accept that it is alright to be afraid, as long as I confront those fears so that I can live my life to its fullest.

Without my grandfather’s guidance I would never have been able to become a true participant in the Mass or my faith. My grandfather opened the door for God to come into my life and inspired me to become actively involved in the life of the church. Because of all of this, I remember the lessons he has taught me as I speak the same words as he did.

The USCCB website has the audio of each day's readings. It helps me to listen to someone else as part of my preparation. Also, most lectionaries (the big book with large type from which you read) generally have an easily-read typeface and a new line at the beginning of each sentence. I take care, however, NOT to pause when I reach the end of a line that has no punctuation. The thought continues into the next line. I am most grateful for our once-a-week class during high school, the lesson being devoted to public speaking. God bless Brother Albian Victor Hickey! 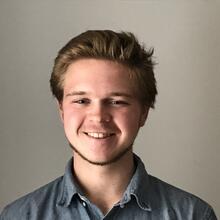 James White is a sophomore at Loyola University Maryland majoring in Math. He serves on the executive committee for Loyola's Relay for Life event, acts as co-chair of the honors program's student council and is a DJ for Loyola’s radio station, WLOY. James continues to lector at Loyola masses.