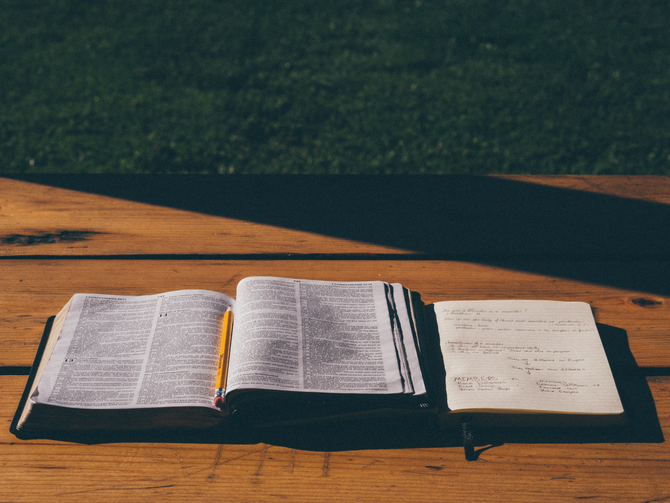 To change the world, to build the kingdom of God, we first have to grab hold of the tools that will make it possible for us to see what is wrong. (Aaron Burden via Unsplash)

We often hear it said of Pope Francis: “He’s not a great theologian, but he is a great pastor,” as if this assertion made any sense. As a theologian who shares Pope Francis’s heritage of Latin American Catholicism, I strongly disagree. Pope Francis is a terrific theologian, whose theology is coherent and cogent because it arises precisely outof his walking with the community. And he is a great pastor because his pastoral practice and teaching are informed by a careful and thoughtful theology that reaches back into our tradition and grounds itself in the Gospel.

The polemics around separating the theological from the catechetical and the intellectual from the pastoral is what my students might call a “first world problem.”

Although “snobbery” between theological disciplines is contrary to the work we all need to do, as Jim Heft asserts in America, I do not feel that the way to do this is to simply erase all distinctions or to supplant one hierarchy with another. The distinction between the disciplines of theological work and how these function in our common life is necessary. To distinguish the different theological tasks and how these can be interlaced together is productive. Frankly, the polemics around separating the theological from the catechetical and the intellectual from the pastoral is what my students might call a “first world problem.” It exemplifies the kind of conflict that women theologians and theologians of color, in particular, simply cannot afford. We do not have time or energy for such divisions because of the urgency of our work.

One way to understand how the pastoral and theological are intertwined is to think about Martin Luther King Jr. There are two titles that precede his name: the Rev. Dr. Martin Luther King Jr. He is both a professional theologian, with a Ph.D. from Boston University, and a pastor. In King’s case, we can see how seamlessly he moves from the life-and-death concerns of his community, to mining the Christian tradition for a way to judge racism and segregation (in his “Letter From Birmingham Jail” he quotes both Aquinas and Augustine), to then formulating a theology that can address the suffering of his community in light of the Gospel.

As we can see here, what King understands is that the formation of his community’s living faith, his pastoral work, requires a previous step, and that is the work he does as a theologian. King reflects on how the interplay of the present and the past in the Christian tradition provide new perspectives.

What King understands is that the formation of his community’s living faith, his pastoral work, requires a previous step, and that is the work he does as a theologian.

We can also see this interplay beautifully exemplified in the Jesuit university professors who worked in multiple fields of inquiry in El Salvador, all of their intellectual power carefully targeted at ending the bloodshed and suffering of their people. They lived their faith as theologians speaking of a loving and liberating God, until their martyred end.

To change the world, to build the kingdom of God, we first have to grab hold of the tools that will make it possible for us to see what is wrong, to understand what goes against and defaces the Gospel’s announcement of a God of boundless love who desires us to enact such boundless love for all. It is then that the formation of our communities in faith can take on new life amid the urgent realities that threaten their very existence.

Without the tools of serious inquiry, of analyzing structures, of recovering millennial wisdom and of searching jointly for solutions, our pastoral practices become escapes into an “other-worldly” Christianity, which goes very much against Jesus’ own practices and those of the early church. Likewise, if we have all the intellectual tools in the world but we lack the most basic love of neighbor and concern for God’s creation, those tools are worthless.

What many theologians, especially those of color, have been doing for generations and continue to do today is to (in the words of the Second Vatican Council) pay attention to the “signs of the times.” Many of us direct all our energy to understand the causes of human suffering, to find our best ally and defender in the Gospel and to seek the examples of many of our forebears, and then to “speak of God,” to do theology, in a way that will provide the foundation from which a really effective formation of our community can develop.

But the process of doing theology does not end there, because through our active involvement in the very midst of those communities we are called to continually assess what—in speaking of God as love—we can all do better, and thus the community’s lived faith comes full circle and provides the ground from which new theological reflection will arise.

I for one prefer to think of our world not as mired in opposing camps but as focused on a goal, Jesus was very clear about that; the goal is the Kingdom of God, an event that begins breaking into our world with him and that grows and flourishes when we share his vision. If the goal is to continue the work of Christ, then the interdependence of theological inquiry and pastoral work is what gets us there.

A previous version of this article stated that Dr. King's Ph.D. was from the University of Chicago. It was from Boston University.

Well said, Cecelia. We could do with both much greater pastoral interest among theologians and more theology in pastoral work. Thank you.
Kevin Liston

I appreciate your kind support Kevin.

Agree with your main point. Fact check: MLK's PhD from Boston University, not U Chicago.

Thanks, was going to say the same thing.

I apologize profusely for getting my schools mixed up, King, a brilliant and dedicated student studied at several institutions, but his PhD. was most definitely from Boston University! In my (very weak) defense, I had just read a note fromm y friend Dwight N. Hopkins, at the University of Chicago, about his two new books of essays on Black Theology, which I strongly recommend, and I had Chicago on my mind!