Update: Vatican to announce that Pope Francis has not reconfirmed Müller as head of C.D.F. 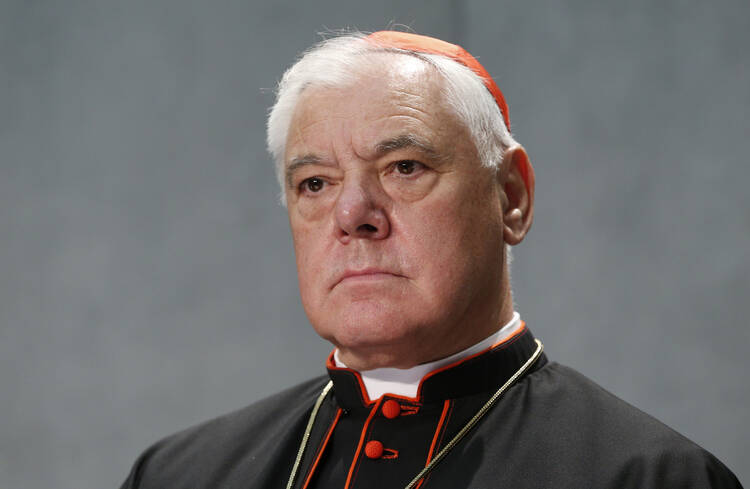 Update, 5:25 a.m., July 1 — America has learned from informed sources that Pope Francis has not reconfirmed Cardinal Müller as the prefect of the Congregation for the Doctrine of the Faith. Archbishop Luis Ladaria, a Spanish Jesuit who has been the number two official at the C.D.F., is the likely successor to Cardinal Müller.  An official statement from the Vatican is expected to be released at noon in Rome.

Late Friday evening, as multiple news outlets were reporting that Pope Francis has not reconfirmed Cardinal Müller as prefect of the Congregation for the Doctrine of the Faith at the end of his five-year mandate, the Vatican remained silent.

The news was first reported by the blog Rorate Caeli, which has frequently criticized Pope Francis. Despite queries to the Vatican press office, neither a statement nor a denial has been issued, and church officials are uniformly refusing to comment.

Benedict XVI appointed Cardinal Müller as head of the C.D.F. in 2012 for a period of five years. The 69-year-old German cardinal, who has remained close to the emeritus pope, was due for reconfirmation in that position on July 2 and had a meeting with Pope Francis on the morning of June 30.

Controversy over Cardinal Müller’s role at the C.D.F. has focused on the interpretation of “Amoris Laetitia.” America has learned that a number of cardinals had asked Francis to remove Cardinal Müller from that post because he had on a number of occasions publicly disagreed with or distanced himself from the pope’s positions, and they felt this was undermining the papal office and magisterium.

‘Amoris Laetitia’ represents an organic development of doctrine, ‘not a rupture.’
Gerard O’Connell

In an interview on May 12 with EWTN’s Raymond Arroyo, for example, Cardinal Müller reiterated his argument that Pope Francis’ post-synodal statement on the family does not open the door to receiving Communion for divorced and remarried Catholics. This came after bishops’ conferences in Germany, Argentina and Malta issued guidelines on “Amoris” that allow divorced and civilly remarried Catholics to receive the sacrament in certain situations.

“It is not good that the bishops’ conferences are making official interpretations of the pope,” Cardinal Müller said. “That is not Catholic. We have this document of the pope, and it must be read in the context of the complete Catholic tradition.”

Sources in Rome expect the Vatican to issue a statement soon, perhaps as early as Saturday.

This is not a surprise.

Cardinal Muller's vision for the Church and its teachings is very similar to the vision of St. John Paul II and Pope Benedict XVI. This vision reflects a preconciliar Church where all the power is centered in the Papal Office. On the other hand, Pope Francis is trying to change the Pyramid Structure of the Church that unfortunately has existed for more than 150 years. Instead of a Church where all decisions about teachings are made at the top and dictated to the People of God who are expected to obey them, Pope Francis is trying to turn the pyramid upside down where the voices of People of God (Pope, hierarchy, theologians and the general laity) are all heard and participate in some way in the governance of the Church.

This vision is also based on true Synodality and Collegiality and the spirit of Vatican II. We are already witnessing changes where more authority and responsibility for decisions are being given to the Bishops. We are also witnessing a pastoral theology that is emphasizing the spirit of the law rather than merely the letter of the law (e.g., Amoris Laetitia). Of course, there is much resistance to such changes but the old guard is slowly being replaced by those who support Pope Francis.