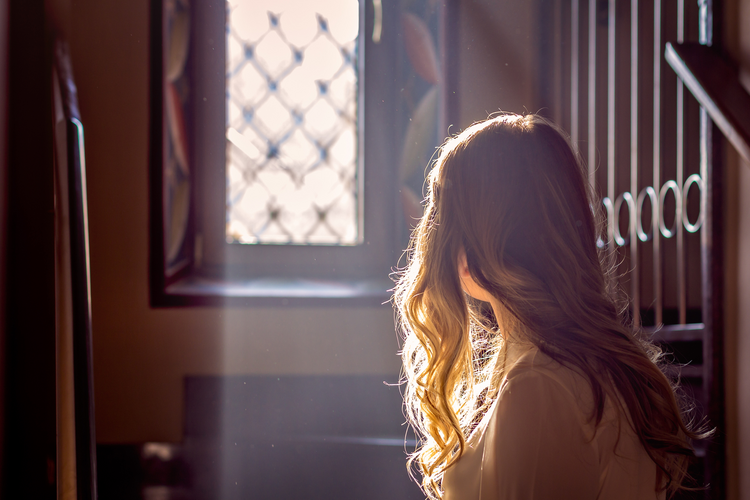 My two teenage boys don’t like going to Mass. They never have. When he was 4 years old my now 16-year-old used to stage-whisper the question “How much longer until the doughnut part?” every few minutes. So closely was Mass linked in his mind to the sweets he got at the end, that once when he heard a song on the radio that sounded like a hymn he asked, “Is that doughnut music?” Now that they are older, my boys no longer cry when they have to go to Mass, and they do not have to be bribed with doughnuts (though they never skip them). But their resistance can still be fierce.

On Ash Wednesday this year, none of us wanted to go. I was tired from teaching and stressed from my long commute home in a snowstorm. I wanted to put my feet up and watch the news. The 13-year-old felt he should be excused because his braces, which had been adjusted that day, were making his teeth ache. I believed it. The 16-year-old had a lot of homework and, really, really didn’t think he should be forced to go. He argued that he was old enough to make his own choices. I nearly caved. But instead, we got into the car and set out in the storm, both of them texting silently all the way, no doubt about the unfairness of it all.

I am not always sure myself why I keep dragging my kids to Mass—and all the way to the front, no less.

Because of the weather, the church was far emptier than I had expected—so it turns out I had made us leave early for no reason. As I led our grouchy party of three up the center aisle to my preferred pew in the third row on the left, one of the boys complained, “Mom why do we always have to sit so far up front?” I ignored the question.

The truth is I am not always sure myself why I keep dragging my kids to Mass—and all the way to the front, no less. I cannot make them believe, and I wouldn’t want to even if I could. One of them is pretty sure he doesn’t believe in God right now, and I understand. The other never talks about God, and I can’t blame him either. As a theology professor, I am no stranger to doubt. But I believe in the ritual, the beauty and the grace of Catholicism, and I want them to know about it, too. So we go.

My boys’ complaints about going to church and my refusal to capitulate to them are themselves a kind of ritual. They always push back, I stand firm, and they can depend on that. The boys have their rituals, too. When they hold hands during the Our Father, they each squeeze as tightly as they can trying to make the other yelp with pain. I shoot them warning looks. This has gone on for at least a decade without fail. When any prayer or song happens to contain the words “Lord of Hosts” they exchange amused glances (because of the dinner prayer scene in the movie “Meet the Parents” when Ben Stiller awkwardly addresses the “Lord of Hosts” having no idea what it means). I always kiss them both at the sign of peace. They stiffly allow me to. These rituals never vary.

My boys’ complaints about going to church and my refusal to capitulate to them are themselves a kind of ritual.

And sometimes there is beauty and grace, too. That night, as Mass was beginning, a young family entered the pew directly in front of us. The mother wore glasses and a sweatshirt, her hair pulled back in a ponytail. The father, dressed like he had come right from work, had curly brown hair and a nice smile. There was also a tiny redheaded 2-year-old boy and a bucket shaped infant car seat covered with a thick quilt. They were utterly ordinary.

For most of Mass, the toddler played quietly with a plastic puzzle. The car seat was quiet. Ashes were distributed. And then shortly before Communion, a tiny kitten-like sound came from the car seat. The mother leaned over, unzipped the fleece cover and lifted up a newborn girl. As Wordsworth said, she was fresh from God, no more than a few days old. Her little head, not much bigger than a baseball, was covered with sparse downy hair. When she was lifted up, she stretched and arched her back, pursing her lips and raising her brows with her eyes still closed. All parents know that only the newest of newborns do this.

Taking your children to Mass isn’t always easy but it’s worth it.
Beth Meleski

Her mother nursed her for a few minutes, then passed her to her father so he could pat her on his shoulder. Eyes open now, she looked straight at my sons and me. The boys were entranced—teen masks melted into shy smiles as they whispered “Look at her, look at her!” to each other and “Oh my gosh she is so cute!” The 13-year-old said simply “Come on!”—as if she was just too beautiful to be real, which she was. At the sign of peace, I congratulated the parents and asked how old the baby was. The mother said “six days.”

I have never felt more grateful that the church did not cater to any of our individual needs that night. Neither the 16-year-old nor the 6-day-old were getting a whole lot out of the Mass; no special programs for youth or playrooms for toddlers were offered. We were all in the pews together, repeating our rituals as the snow fell outside, and grace found us.

So let’s keep bringing our grouchy and bored teen boys to Mass, and the sleepy newborns, and our tired, doubting, middle-aged selves, too. This is how grace comes to us: in community. 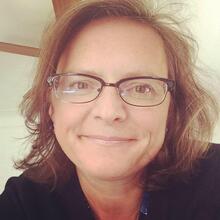 Karen Park is an associate professor of theology and religious studies at St. Norbert College in De Pere, Wis. Her areas of interest include American Catholic history, material religion and sacred space. She and her husband are raising four children.

Teenagers border on being inherently bored, especially concerning anything their parents make them do.

As for you own children, perhaps a lesson or two on Original Sin might help them appreciate the Sacrifice of Jesus.

Let me get this straight...you should have freedom of religion, but your 16-year-old son shouldn't?

This is a difficult issue. I stopped making my kids go to Mass when they turned sixteen. Now, they both will attend--occasionally--with me. (One is seventeen and the other is twenty.)

I remind them of the need to nurture their spiritual life. We look for other activities as well to this end (e.g., serving at the community meal).