We choose life: Arkansas, Nebraska and the death penalty. 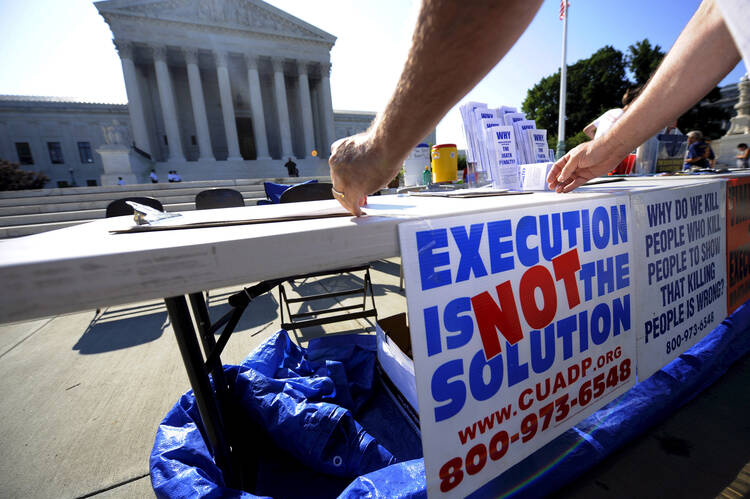 On April 30, Arkansas' supply of midazolam, the sedative used in state executions, expires. As a result, the state has executed four inmates in just eight days. This week, we talk with Brother Joseph Hoover, S.J., about these executions and the Catholic Church's fight against the death penalty in Nebraska.

In Signs of the Times, we open up with Force of Habit, a band formed by four Dominican sisters at the Catholic University of America. On Pope Francis news, we cover his latest donations to an Italian non-profit, his comparison of refugee camps to concentration camps and his surprise TED Talk calling for a "revolution of tenderness." And finally, the debate around being a Catholic and a member of the Democratic Party.

Finally, in consolations and desolations, we look at where we found God this week.

As always, we want to hear from you. Leave a comment here, tweet us @jesuiticalshow or write us an email at jesuitical@americamedia.org. If you like what you're hearing, please subscribe on iTunes, leave us a review and tell a friend about the show.

Four nuns have formed a band at Catholic U. It’s called Force of Habit.

Was the Pope Wrong to Compare Refugee Centers to Concentration Camps?