My son’s gift of organ donation taught me death is not the last word. 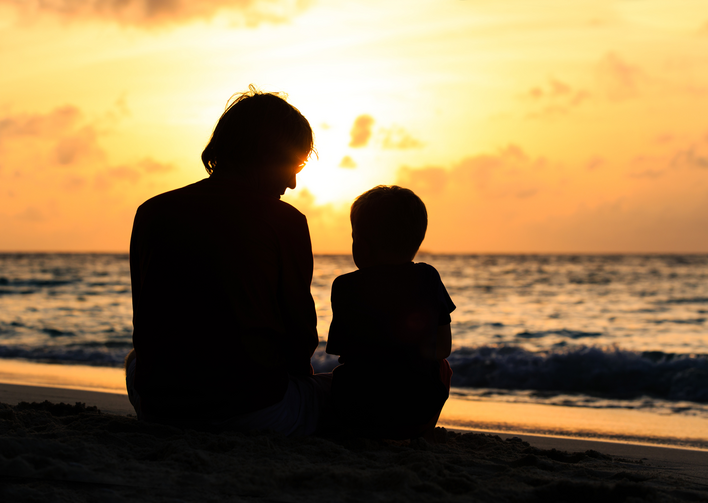 Organ donation might be the only pro-life issue that most citizens can agree on. People from across the political spectrum have received the life-saving gift of a transplant. In a country marked by deep divisions, the selfless act of donating a loved one’s organs to save the lives of total strangers can have its own redemptive power. I know this first hand.

In March 2008 my son Christopher died suddenly from a ruptured brain aneurysm. Chris was an otherwise strapping 19-year-old freshman at Loyola University New Orleans. He had his whole life ahead of him.

If you lose your parents, you are an orphan. Lose a spouse and you become a widow or widower. But the English language does not have a word for parents who lose a child; we seldom take the time to contemplate the devastation until it happens.

Organ donation might be the only pro-life issue that most citizens can agree on.

In the awful, bewildering hours after Christopher’s death, my wife and I were asked to consider donating his organs. Thankfully, Chris had answered for us: Just the week before he innocently mentioned that he wished to be a donor. Our decision to donate was simply an affirmation of our son’s generosity.

Three months later, still in agony over Christopher’s death, we received a letter.

“I cannot possibly imagine the grief caused by your loss,” it read. “Certainly there are no words anyone can say or write that could extinguish that pain. Nevertheless, you have shared with me the grandest gift I will ever receive—the gift of life.”

The words in that letter carried with them the hope that first formed in our hearts while we looked at our son in his New Orleans hospital bed. Trying to come to grips with a future without him, we prayed that someday we would hear from one of Christopher’s organ recipients and learn of their second chance at life.

The English language does not have a word for parents who lose a child; we seldom take the time to contemplate the devastation until it happens.

A sense of relief and gratitude eventually replaced the anger, fear and sorrow that were overtaking our lives. Somehow, Chris’s life had not really ended. It had only changed. The very first lesson I remember from C.C.D. was that the body dies, but the soul lives forever. And in that letter—in the life of its author—that lesson had become real.

Eventually we would meet the man who wrote to us. His name is Jorge, and he was very near death when he received the call that he was a match for Chris’s lungs. Our families have grown very close in the years since. We would go on to establish contact with all of Christopher’s organ recipients; each understood well the human cost of their transplant. Their joy was only possible because of our sorrow. Their life meant Christopher’s death.

But that does not mean it was a zero-sum game. Christopher’s gift offered a second chance to five people. The impact those five have had on others is impossible to quantify. Some of his recipients paid his gift forward with great generosity, some with the humble sharing of their love and guiding mentorship. Each in his or her small way helped to bring about the kingdom of heaven on earth.

Organ donation represents humanity at its very best, not just as a scientific achievement but as a sincere expression of human kindness.

Organ donation represents humanity at its very best, not just as a scientific achievement but as a sincere expression of human kindness. The Jesuits have a word for it: magis, or more. Transplant surgeons and operating room staffs, often working beyond the limits of human endurance, develop new techniques that turn what was once science fiction just decades ago into a near-routine procedure today. Researchers study new ways to make more organs available for transplant. Men and women of the 58 organ procurement organizations in the United States work tirelessly to build the database of registered organ donors and offer support and comfort to recipients, donors and donor families in the wake of an often life-changing event.

Think also of the living donors who so selflessly and quite literally give of themselves to offer the gift of life to another human being. Consider the families who say yes to donation—usually during the worst moments of their lives; families who pray, as we did, that their loved one’s gift will make a difference in the life of a complete stranger. These are people who pray that their loved one’s presence in this world will mean more than dates on a headstone. Magis, more.

A Complicated Grief: Persevering in faith in the midst of suffering
Kerry Weber
I cannot speak for transplant recipients, and I do not presume to speak for all donor families. But I have known enough of them to understand that the sorrow we feel at the loss of our loved ones, especially our children, is accompanied by a deep sense of gratitude in knowing that their love remains in this world. It is, ultimately, an Easter story. First, we suffer the death of our own loved ones and the loneliness and sorrow that accompanies that experience. But then we learn of a successful transplant. And with that knowledge comes the hope that death never has the last word.

The experience of losing Christopher, but knowing his death meant life for five others, changed me in ways I never thought possible. I learned that it’s possible to see God in all things, even in tragedy. The more I learned about the science of organ transplantation the more confident I have become in the existence of God. I learned that the butterfly effect is real, that something as seemingly inconsequential as checking a box while applying for a driver’s license can have a tremendous effect years later and miles away.

Most of all, in the face of all the division and distrust in the world today, I learned that how we treat each other matters. If the heart of a 19-year-old white boy beating inside the chest of a 65-year-old black man does not give us hope, then I do not know what hope is. 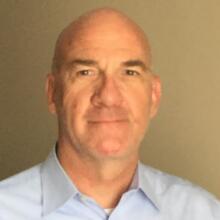 Eric Gregory is a speaker and volunteer for the Donor Network of Arizona. He is the author of the forthcoming book All My Tomorrows, which tells the story of Christopher's generosity.

Eric Gregory and his wife, Grace, have taught me what hope is. I was Christopher's high school principal, and in my 40 years of teaching in Catholic schools, I have buried more young men and women than I could ever have imagined. Their families have all been a lesson to me, The Gregorys have taken it to a new level as they have absorbed all of the goodness that erupted after Chris died in the hearts of those who loved him, and they have transformed other lives by spreading the message of the Gospel in ways unimagined. These are not two parents unable to overcome their grief and striking back at God or anyone else in the way to answer for Chris' death. No, these are two disciples very much on the road to Emmaus, stopping, listening, reflecting, and sharing the very person of Jesus with those whom they meet. This is a Jesuit family to the core, with Eric finally completing the cycle of Jesuit degrees in his family, and the spirit of MAGIS oozes from them to touch others in an enduring way.
The YES that Mary gave the world as a gift at the Annunciation can trace itself to the YES that the Gregorys (yes, even Chris) give each day as they pay tribute to a son and to his brother and sisters left in this world, living still thanks to his gift. We may never have been loved like this before.

Organ donation is an act of compassion for others who are suffering. As such it is an act of empathy, human solidarity; love. For that it is commendable as a Christian /humanistic act.
Chris lives on, because he is made in God's image, and God in his love has given us an eternal soul. Death does not have the last word, because "by His death he has redeemed the world". We are a spiritual people. The flesh disappears. We should not conflate our faith with a materialist belief that one lives on by having our flesh live on in another person.[ As good as it is that others were saved from death or healed from suffering by getting Chris's organs]. Or, for that matter, in a narrative that one lives on in ones legacy, or if one is present in the memory of others. We Christians claim something different, something spiritual, a heavenly reality. Death is swallowed up in victory;the victory of Christ's resurrection which we are now heirs to. Lets not dilute the Good News; the Word of the Lord theological meaning of "death not having the last word' with a reductionist materialist meaning; again as good as it is that others were healed because of Chris's loving choice to be an organ donor.