H is for "Hubris"? What Google's Alphabet restructuring tells us about its goals. 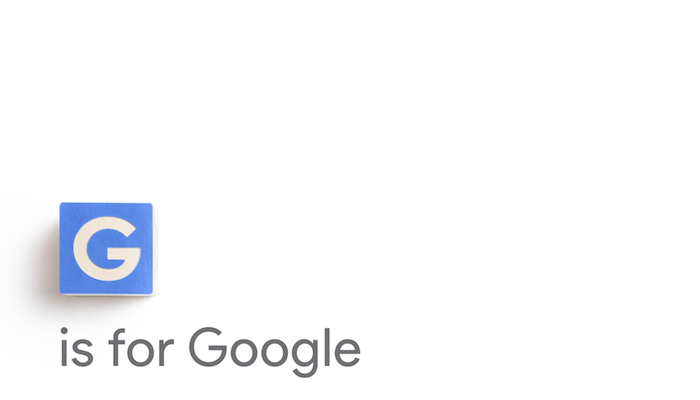 Google shocked the world at the beginning of this week with an announcement of its restructuring. What had been Google has become a holding company called Alphabet (think Berkshire Hathaway, but for Silicon Valley), and all the services that most of us associate with internet giant—search, Gmail, YouTube, etc.—now belong to a wholly owned subsidiary of Alphabet called Google.

Alphabet also owns a variety of other subsidiaries, now distinguished from the core Google business, including among others Nest (its entry into the home automation space), Fiber (its attempt to disrupt the internet service provider business) and its research efforts. These include self-driving cars, automated drone delivery and also Calico, focused on questions of lifespan extension, once featured on the cover of Time magazine with the question “Can Google solve death?”

There are a number of reads on this move, to which the markets responded quite positively, sending Google’s stock price climbing 6 percent the next day. One is that the primary driver for this move was the desire of investors to be able to get a sense of how profitable the core business was without having all the numbers tied up in Larry Page and Sergey Brin’s “moonshots.” Todd Zenger, writing for the Harvard Business Review, said that the “restructuring is clearly a response to Google’s stagnant share price and investor unease.”

Another, and perhaps compatible, read is that by getting the investors off their back and handing the day-to-day management of the main Google business more clearly to C.E.O. Sundar Pichai, Mr. Page and Mr. Brin are freed up to focus more on precisely the audacious ideas that are most attractive to them. Their announcement started by quoting their letter introducing Google’s I.P.O. 11 years ago: “Google is not a conventional company. We do not intend to become one.”

Ben Thompson at Stratechery focuses on this angle, reminding us that in that founders’ letter, Mr. Page and Mr. Brin declared that they aspired to “make Google an institution that makes the world a better place.” However, he’s more skeptical that the desires of investors can serve as a brake on the founder’s change-the-world aspirations, because of Google’s dual-class share structure, which effectively lets the founders do whatever they want with the company; investors can ride along for the profits, but can’t really pull on the reins.

Thus, what we make of the Alphabet move comes down basically to what we think about the founders’ motivations. Do we still trust these guys who showed up with the first truly successful search engine and the motto “Don’t be evil”?

How are we supposed to evaluate a company whose executives tell us that, at bottom, they’re interested in something other than growth and profitability? To whom are they supposed to be responsible for their larger societal goals?

As Google gets ever closer to its goal of “organizing the world’s information,” it takes on an increasingly outsized role in our basic social fabric—along with fellow tech behemoths like Amazon, Apple, and Facebook. While it’s far from comfortable to think about the implications of profit motivation driving these companies (after all, it’s our attention and desires that they’re either selling to advertisers or monetizing themselves), we at least know how that model works.

But there are other goals in play as well, and the Alphabet restructuring makes it clear that Google’s co-founders take them quite seriously. Many of these goals, like self-driving cars, are still primarily technological, even if they will have far-reaching social implications. Others, like “solving death,” are audacious in an entirely different way.

Of course, what’s now called Alphabet is still their company, and thus they’re free to do with it what they want. Given their goals, the question is not just whether their decisions serve the best interests of their investors, but whether they serve the common good.

Sam Sawyer, S.J.
@SSawyerSJ
Show Comments (
3
)
Comments are automatically closed two weeks after an article's initial publication. See our comments policy for more.
James Keenan
6 years 9 months ago
Great Fundamental Question, spot on.
John Walton
6 years 9 months ago
Fr. Sam, perhaps it's the "log in thine own eye" you should worry about. If Google's decisions are done without malice of intent, and in the interest of their shareholders those actions will optimize the common good.
Joseph J Dunn
6 years 9 months ago
There seems to be a certain skepticism about almost any initiative or change implemented by a business, and especially by a large corporation. That is sad. Most businesses manage to serve both their investors and the common good. Pope Francis, while pointing to many problems in the world's current economies, recognizes that business can be a noble profession when it allows men and women "to serve the common good by striving to increase the goods of the world and make them accessible to all." (Joy of the Gospel, No. 203). In Laudato Si, he specifically mentions "Technoscience, when well directed, can produce important means of improving the quality of life." (No. 103). Have not the search engines of Google and its competitors made knowledge so much more equally accessible to all, including those at the margins of society? Might not some of the new products bring similar benefits to mankind? And let's not forget employment as a boon. "In order to continue providing employment it is imperative to promote an economy which favors productive diversity and business creativity." (Laudato Si, No. 129). The reorganization at Google might just do exactly that. We might wish the Google/Alphabet people well in this new experiment. Maybe pray for their success? And maybe we can find some joy in business, and its sharing in the role of creation, as Pope Francis does?