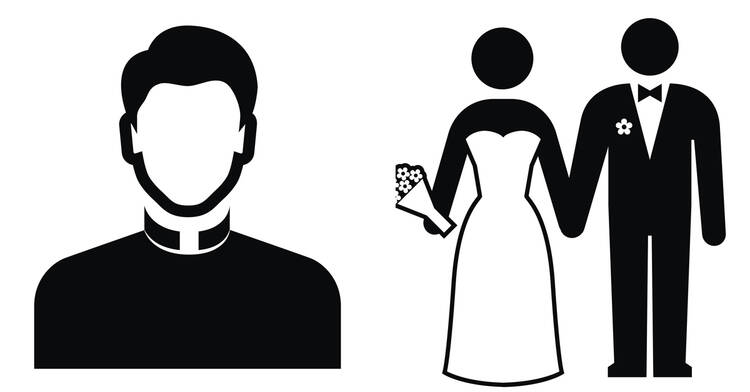 Pope Francis has given a wide-ranging interview to the German publication Die Zeit, where his comments on the issue of married clergy are generating conversation and questions about the Catholic practice of requiring priests to refrain from marriage.

1. Why does the Catholic Church require its priests to be celibate?

The Code of Canon Law requires that “Clerics are obliged to observe perfect and perpetual continence for the sake of the kingdom of heaven and therefore are bound to celibacy which is a special gift of God by which sacred ministers can adhere more easily to Christ with an undivided heart and are able to dedicate themselves more freely to the service of God and humanity” (No. 277). The logic of the church is, in part, that, being free from the obligations of marriage and family life, priests are freer to live out the pastoral demands of the priesthood.

But beyond this practical reason, celibacy is often valued highly for its imitation of Jesus Christ, whose own celibacy was a sign of his total devotion to the reign of God.

2. Have priests always been bound to celibacy?

No. While marital status has always been a consideration in determining who was eligible for ordination (1 Tm 3:2 required that a bishop be "irreproachable, married only once"), the requirement that priests could not marry at all evolved over time. In the early church abstaining from marriage was not a requirement for the sacrament of holy orders. Canons from the fourth century required bishops, presbyters and deacons to abstain from sex with their wives, in part due to prevailing attitudes about sex and its impact on the minister’s readiness for sacred duty.

The practice gained further ground in the 11th century as monastic influence grew in the church and the example of celibate monks was seen as something to be emulated. This led to the first requirement of celibacy for all clergy being adopted at the First Lateran Council of 1123, a discipline of the church that has been observed since. The Second Vatican Council reinstituted the permanent diaconate and made it open to married men but the requirement of priestly celibacy remained in place.

3. Are there married priests in the Catholic Church?

Yes. In many of the Eastern rites of the Catholic Church that are in full communion with Rome, there are married priests. Though until recently, even if Eastern Catholic bishops in their countries of origin could ordain married men, they were not allowed to in certain territories, including North America. After 200,000 Eastern rite Catholics joined the Orthodox Church to retain their married clergy, the Vatican lifted the ban in 2014.

As for the Latin Rite, in 1980 St. John Paul II created a provision for Episcopalian and other Protestant ministers who were married and wanted to remain active in their ministry after their conversion to Catholicism. This provision has been continued and expanded by both Benedict and Francis; however, these are exceptions to the rule. As Michael O’Loughlin noted at Crux, the church “has said the provisions were simply a response to pastoral requests” and not an indication of the church’s tradition of clerical celibacy changing.

4. Are the pope’s comments news?

Any time that a pope discusses the possibility of changing 1,000-year-old church tradition, it is news. But Francis has expressed openness to this question on a number of occasions before, both prior to and after his election to the papacy in 2013. As archbishop of Buenos Aires, then-Cardinal Bergoglio noted: “It is a matter of discipline, not of faith. It can change.” He mused that “If, hypothetically, Western Catholicism were to review the issue of celibacy, I think it would do so for cultural reasons…not so much as a universal option.” And some bishops, from Ireland to Brazil, are following the pope’s example on the question.

We could possibly see a change. Priestly celibacy is not, technically, doctrine or dogma, but rather a matter of church law and tradition—a tradition guided, Catholics believe, by the Holy Spirit.

The church doesn’t do away with a tradition that is 1,000 years old without careful consideration.

That said, the church doesn’t do away with a tradition that is 1,000 years old without careful consideration. It is also likely that any change in this discipline would first be implemented locally, rather than established universally. When meeting with the pope, Bishop Erwin Krautler, who while bishop of the Catholic Prelature of Xingu, Brazil, had just 27 priests to serve 700,000 Catholics, raised the idea of married priests to alleviate the shortage. According to Bishop Kraulter, “The pope explained that he could not take everything in hand personally from Rome. We local bishops, who are best acquainted with the needs of our faithful, should be ‘corajudos,’ that is ‘courageous’ in Spanish, and make concrete suggestions.”

As the church has come to a deeper understanding of the holiness of the vocation of marriage, and a decline in vocations to the priesthood makes access to the sacraments difficult in some areas, many are returning to a conversation that the church has had several times in 2,000 years. Some theologians have questioned whether celibacy is so important as to make the widespread availability of the Eucharist more difficult. Francis noted that the church has to be ready to recognize “the right moment when the Holy Spirit calls for something.” So there are two questions to sort out: whether the Holy Spirit is calling for a return to married priests and how the church should go about discerning the Spirit's movements.

Allowing priests to be married only makes sense. I am glad Pope Francis is opening the subject to discussion.

" “The pope explained that he could not take everything in hand personally from Rome. We local bishops, who are best acquainted with the needs of our faithful, should be ‘corajudos,’ that is ‘courageous’ in Spanish, and make concrete suggestions.” It appears that Bishop Kraulter made a concrete suggestion and got nowhere.

Jesus only had men at the last Supper is a common defense of eliminating consideration of women as priests. In my view, that means nothing, considering the times. In the year 0001, Women shut their mouths, bore children and prepped the food.. Then, they cleaned up the dishes. Don't mean to sound disrespectful, but I'm all for women becoming priests.

Celibacy sets priests apart in a necessary way. A married priest is serving two masters, his wife/family and God. Family life is very time consuming and distracting. How can a married priest be as committed to his vocation as a Shepard of his flock if he is tending to the same daily distractions and pressures the rest of us face every day? I don't know a single priest in favor of this.

Kenneth:
Peter was married, with daughter.
I think he did a pretty good job serving two masters.

While celibacy carries a theological meaning of patterning oneself after the example of Christ as well as witnessing to one's belief in the hereafter,
it was originally mandated for all clergy in the West for more practical reasons. Abuses had arisen among clergymen in which secret marriages had taken place and even more to the point, bishops who owned land and property were guilty of nepotism, ordaining relatives, who often were spiritually unqualified for the office.
Just as the discipline came about for practical reasons back then, the change will ultimately come about for very practical reasons in our times.
Although, the current hierarchy are noticeably slow in their ability to read the signs of the times and react appropriately.

Considering that the disciples, including Peter, were married, and considering that priests and even popes were married in the early church, I think the only reasons we have celibate priests now are so the church can ... 1) save money ... and ... 2) keep control of priests' lives.

Why haven't Married Men been more willing to become Deacons ?

Who is going to pay for Married Priests and their families ?

While a un-married Priest may be willing to be moved to a new Parish
via his Bishop's request, hard to see how a Married Priest will just pull
up roots and move two hundred miles away ?

What happens if a Married Priest gets Divorced ?

Seminaries are not constructed to house Married Men and their families ?
While a Diocese pays for a single man to study for four years of Theology
how will they pay for an entire family to allow the fours off from working ?

What will happen if Spouses put pressure on their Spouse/Priest to make sure they are assigned to the most "fashionable" Parishes ?

What of the Theology of Celibacy and total devotion to God and the Church by Priests ?

Granted all of the above, I, myself, do wonder why Diocesan Priests cannot
be married as it can be a very, very lonely life.