President Trump could visit Pope Francis in May 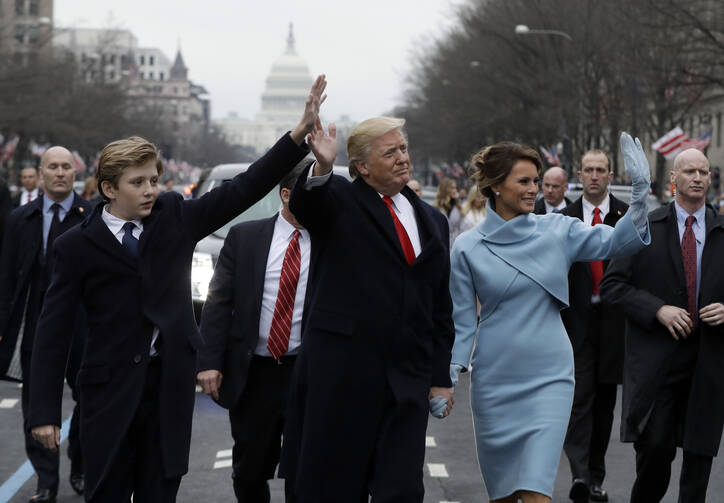 It looks increasingly likely that President Donald J. Trump will visit Pope Francis in the Vatican when he comes to Italy for the Group of Seven meeting in May, according to a Breitbart reporter, though neither side has yet confirmed this.

Thomas D. Williams, the Rome correspondent for the Breitbart news site, revealed this in an interview with the Italian newspaper Corriere della Sera, published on Monday. Mr. Williams said that when it was confirmed that the president would attend the G7 meeting in Taormina, Sicily, May 26 to 28, he wrote to Steve Bannon, the chief advisor to the president (and former head of Breitbart), and urged “that when Trump comes to Italy for the G7, he should make the effort to meet the pope, otherwise it would seem like a snub.” Mr. Bannon replied: “We have already thought about it.”

Mr. Williams, 54, is a former priest in the Legionaires of Christ recruited by Mr. Bannon in 2014 to become Breibart’s correspondent in Rome. They have remained in contact ever since.

“Up to now the contact between the two [the pope and Mr. Trump] has not been so happy,” Mr. Williams said in the interview, “but I believe that the pope knew little about Trump when he said [referring to the building of walls], ‘One like that is not Christian.’”

“Recently, however, [the pope] has been more cautious and I have appreciated that,” he added, in what seemed to be an allusion to Francis’ comments to the Spanish daily El Pais on Jan 20. When asked for his views on Mr. Trump who was being sworn in as president that day, the pope told El Pais, “I think that we must wait and see. I don’t like to get ahead of myself, nor to judge people prematurely. We will see how he acts, what he does, and then I will form an opinion.”

Mr. Williams is married to the daughter of Mary Ann Glendon, a former U.S. ambassador to the Holy See. He served as a theological consultant to director Mel Gibson for the film “The Passion of the Christ.” In today’s interview, he revealed that an associate of Mr. Gibson, film producer Steve McEveety, first introduced him to Mr. Bannon.

“Steve Bannon believes the church has a fundamental role in the world,” Mr. Williams told the Italian daily. But, he added, “[He] has a certain distrust of the pope [and has] the idea that he is pro-socialist, pro-Marxist…. I told him that when Francis speaks of the poor he is doing so from a sense of faith.” Mr. Williams also said, “Bannon thinks that the pope is naïve about immigration and radical Islam.”

Mr. Williams said he wishes “to bring the two sides closer.” He denies that Mr. Bannon, a Catholic, has forged an alliance with traditionalists such as Cardinal Raymond Burke, a leading critic of Francis. He recalled that Mr. Bannon interviewed the cardinal in 2014 because he had heard of his conservatism. But, denying media reports, he added: “They are not friends. Their styles are very different: Burke is obstinate, Bannon is fiery. Bannon is interested in the social questions, not doctrinal ones—such as the communion for the divorced, which is as the heart of the problems between Burke and Francis.”

Pope Francis calls on President Trump to care for the poor and the outcast
Michael J. O’Loughlin

Pope responding to questions on Trump: ‘A person who only thinks of building walls, and not building bridges, is not Christian.’
Gerard O’Connell

Commenting on a recent article in The New York Times, Mr. Williams rejected the assertion that Mr. Bannon has been influenced by the pro-fascist philosopher Julius Evola, whom he mentioned in a talk at a conference at the Vatican in 2014. He confirmed, however, that “Bannon is very negative towards radical Islam, and to Islam as such. He questions whether Muslims can be integrated in the Judaeo-Christian culture.”

President Trump has not yet appointed an ambassador to the Holy See. But Mr. Williams revealed, “the administration is taking this nomination very seriously. They do not only want a benefactor, or a Catholic, but a person who faithfully represents the position of Trump.”

A senior Vatican source told America that the absence of an ambassador “is not an obstacle to the visit of the president, if he wishes to come.” It is clear that if the president requests an audience, “the door would be open.”

This article quotes Thomas Williams, who says pandering propaganda about Steve Bannon. However, Bannon praised Satan in November. That's right, he praised Satan. Here is a reflection on this, and about Cardinal Burke's possible alliance with Steve Bannon: