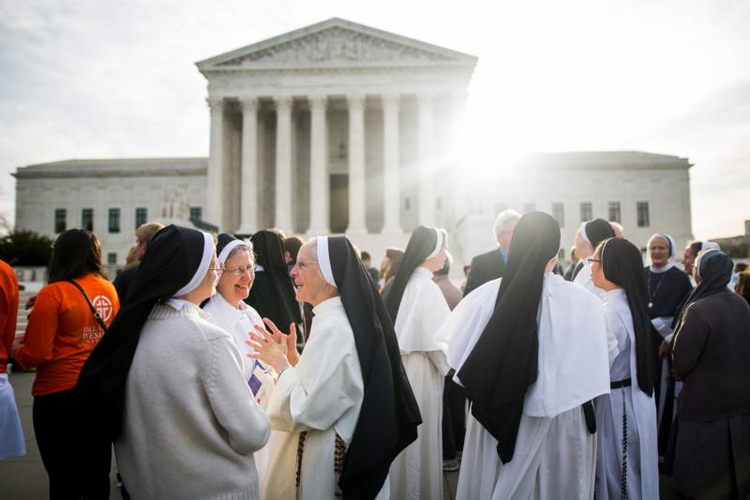 To offer clearly and accurately the Catholic Church's positions on abortion, contraception, genetic engineering, fertility treatments, vaccines, frozen embryos and other life issues, the Vatican released an expanded and updated guide of the church's bioethical teachings.

The "New Charter for Health Care Workers" is meant to provide a thorough summary of the church's position on affirming the primary, absolute value of life in the health field and address questions arising from the many medical and scientific advancements made since the first charter was published in 1994, said Msgr. Jean-Marie Mupendawatu.

The monsignor, who is the secretary delegate for health care in the Dicastery for Promoting Integral Human Development, said the charter "is a valid compendium of doctrine and praxis" not only for those directly involved in providing medical care, but also for researchers, pharmacists, administrators and policymakers in the field of health care.

The charter "reaffirms the sanctity of life" as a gift from God and calls on those working in health care to be "servants" and "ministers of life" who will love and accompany all human beings from conception to their natural death, he said during a news conference at the Vatican Feb. 6. The Vatican released the charter in Italian.

While the charter does not offer a completely "exhaustive" response to all problems and questions facing the medical and heath fields, it does add many papal, Vatican and bishops' pronouncements made since 1994 in an effort to "offer the clearest possible guidelines" to many ethical problems facing the world of health care today, said the charter's preface, written by the late-Archbishop Zygmunt Zimowski, president of the Pontifical Council for Health Care Ministry. The council and three others were merged together to create the new dicastery for human development.

One issue partially dealt with in the new charter is vaccines produced with "biological material of illicit origin," that is, made from cells from aborted fetuses.

Citing the 2008 instruction "Dignitas Personae" from the Congregation for the Doctrine of the Faith and a 2005 paper from the Pontifical Academy for Life, the charter said everyone has a duty to voice their disapproval of this kind of "biological material" being in use and to ask that alternatives be made available.

Researchers must "distance" themselves by refusing to use such material, even if there is no close connection between the researcher and those doing the illicit procedure, and "affirm with clarity the value of human life," it said.

However, the charter doesn't specifically address the situation of parents who are often obligated to consent to vaccines for their children that use human cell lines from tissue derived from aborted fetuses.

When asked for clarification of the church's position, one of the experts who helped revise the new charter—Antonio Spagnolo, a medical doctor and bioethics professor at Rome's Sacred Heart University—said, "there is an acceptable distance" from cooperating with the original evil of the abortions when people use the vaccines to prevent the "great danger" of spreading disease. He said the Vatican academy's "Moral Reflections on Vaccines Prepared From Cells Derived From Aborted Human Fetuses" made the church's position clear.

How I learned to love and raise the child from my husband’s affair
Rev. Rhonda Mawhood Lee

Many of the issues added to the updated charter were dealt with in the doctrinal congregation's 2008 instruction on "certain bioethical questions," such as the immorality of: human cloning; artificial reproduction and contraception; freezing of human embryos or of human eggs; use of human embryos and embryonic stem cells for research or medical use; pre-implantation diagnosis leading to the destruction of embryos suspected of defects; and therapy that makes genetic modifications aimed at transmitting the effects to the subject's offspring because it may potentially harm the offspring.

Other guidelines mentioned in the new charter include: