Apology from Archbishop of Canterbury coming for Reformation violence against Catholics

Apology from Archbishop of Canterbury coming for Reformation violence against Catholics 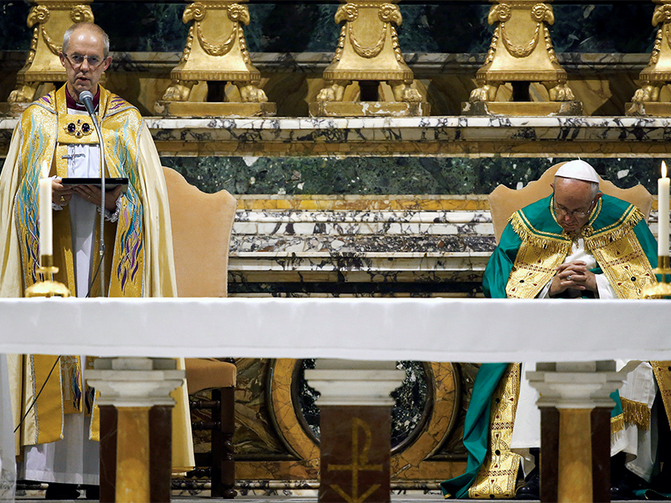 The archbishop of Canterbury, Justin Welby, is expected to issue a statement this week apologizing for the violence that followed the Protestant Reformation 500 years ago.

The statement, according to news accounts, will express remorse that the (Protestant) Church of England carried out so many acts of violence—including burning Roman Catholics at the stake.

It will also urge believers to ask for forgiveness for atrocities that happened on both sides during the Reformation and for greater unity between Catholic and Protestant churches today.

The publication of Martin Luther’s 95 Theses on Oct. 31, 1517, is traditionally considered the birth of the Reformation that split Western Christianity into Catholic and Protestant. Celebrations throughout the world will mark the 500th anniversary this year.

Welby’s statement is due to come a month before members of the Church of England’s General Synod discuss the commemoration.

Although the physical atrocities against Catholics took place during the reigns of Henry VIII, Elizabeth I and Edward VI, Catholics (and Jews) were not allowed to vote, sit in Parliament or attend universities until the middle of the 19th century.